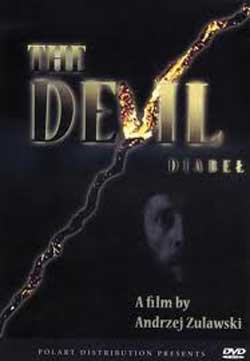 During the Prussian army’s invasion to Poland in 1793, a young Polish nobleman Jakub is saved from the imprisonment by a stranger who wants in return to obtain a list of Jakub’s fellow conspirators. Following his mysterious saviour across the country, Jakub sees the overall chaos and moral corruption including his father’s death and his girlfriend’s betrayal. Being apparently demented by what he has seen, he commits a number of seemingly motiveless and gory killings.

Andrzej Zulawski’s first full length feature was The Third Part of the Night, a film about the German occupation of Poland in World War II and based on a novel by his father, Miroslaw Zulawski. With his second film, The Devil (a.k.a. Diabel), Zulawski’s work was banned in his native Poland and he found himself moving to France. It would seem, then, that there must be something to the film, something juicy within The Devil that caused such an uproar to not only get the movie banned but also push the director to move to a foreign land. But don’t expect to see a bunch of excessive gore or actual animals being killed here; The Devil’s ban was based on its symbolic political dissidence, a display of symbolism whose controversy may be lost on a Western audience not well versed in the Eastern-European politics of the Cold War era. But even if we didn’t live in Poland in the mid-twentieth century, we can still appreciate Zulawski’s film for what it is: a confusing, choppy film full of mental breakdowns and vicious killings.

We open with a mystery man arriving in town and searching for a certain political prisoner. He is led to Jakub (Leszek Teleszynski) and sends him out of the prison and back home, along with a nun for companionship. Jakub had been imprisoned for crimes against the king (this is set in late-1700’s Poland, by the way), and his release coincides with a bloody battle that has left many dead and many more mentally damaged, wandering around screaming and confused. Little does Jakub know that his freedom will be more of a damnation in disguise, for every moment moving forward is just another in a series of unfortunate events, discoveries, and actions that push him closer and closer to his own emotional breaking point. 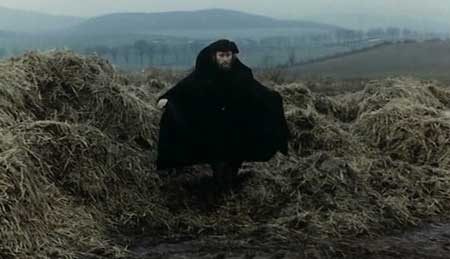 It’s a regular thing, in both crime novels as well as multi-genre movies, for a just-released prisoner to find difficulty adjusting to regular life due to the social stigma of being an “ex-con.” For Jakub, that is the least of his worries. Sure, he’s now considered “Jakub the Madman,” but sticks and stones, right? He finds out very early on that his former fiancée is now pregnant and getting married to an old friend. When he finally gets home, he discovers his father has killed himself. His sister is going crazy and is with some guy who claims to be Jakub’s brother (same mom, different dad). And his mother, whom he has not seen since he was very young, has become a prostitute. Add in the fact that the mystery man who released Jakub from prison keeps reappearing along the way and seems to be pushing him to do things (in a role similar to that of Al Pacino in The Devil’s Advocate meets the three ghosts from Dickens’ A Christmas Carol), and you’ve got a maniacal plot worthy of, I don’t know, maybe Shakespeare? 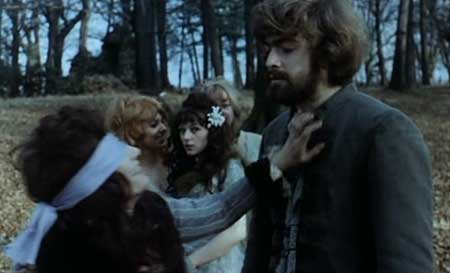 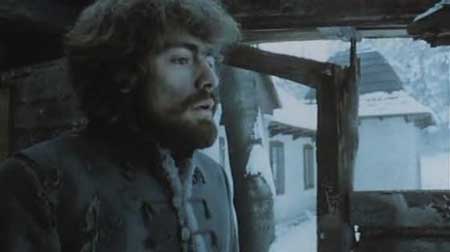 Zulawski’s The Devil is actually very similar to Hamlet in many aspects, but where Jakub veers away from the title role is when he starts slicing and dicing using the razor blade that the mystery man consistently brings him. At one point, Jakub even runs into what looks like a community theater performing Hamlet in the park. There is a semi-Oedipal storyline (a dead father, although not directly by Jakub’s hands, and some sexual relations between son and mother), and the potential for the line “get thee to a nunnery,” although the nun in this movie is actually a woman “assigned” to help Jakub. But the madness of Hamlet is certainly there, if not multiplied. Every single character, at one point or another, appears to be going crazy. The opening scene has the mystery man searching out Jakub amongst masses of screaming, crying, raving mad people, and the tone continues throughout the nearly two hour running time. 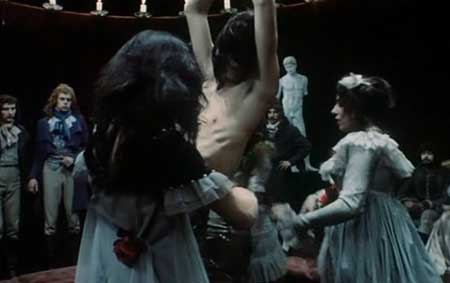 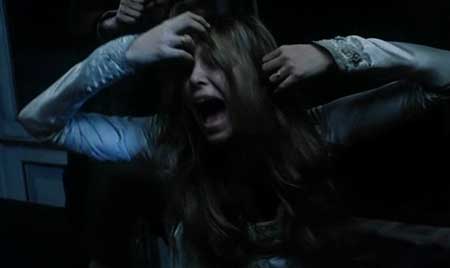 The Devil is an interesting movie. It’s shot well, and the over-acting actually helps add to the maniacal feel of the insanity that is every character. There is a lot of weirdness in here, whether it’s the incest or the strange little person running around Jakub’s father’s house or the mystery man who keeps reappearing and pushing Jakub to kill people (and the mystery man’s fate is a whole other weirdness all on its own). There is also a lot of confusion throughout, some strangeness that never seems to get wrapped up when all is said and done. Add in a bunch of murders, not too gruesome or bloody, but vicious in their own right, and you’ve got a movie that might not make a ton of sense, but also won’t leave you unsatisfied. 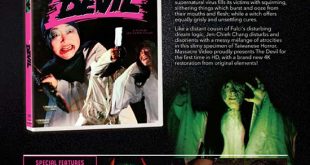