Home | The WORLD WAR Z-quel Gets A Director

Well this has turned out much better than I would have thought. When I first heard about the sequel idea being thrown around for WORLD WAR Z I was pretty bummed. Why, why in God’s name would they feel the need to make a sequel to this mediocre at best zombie tale? Well, time has been a friend to WORLD WAR Z, at least for me. After a couple of viewings it’s kind of grown on me a bit and the notion of a sequel is not as repulsive as it once was.

With the news that dropped today I am official stoked to see this one get done.

Paramount Pictures has announced they have hired Juan Antonio Bayona to direct and this is great news indeed. Bayona was the man behind THE IMPOSSIBLE which was one of my favorite films in the last several years. If anyone is going to bring something awesome to this soon to be francise it will be Bayona.

Brad Pitt will return as star and producer.

No release date as of yet but with a star and now an A-list director on board, things could move ahead rapidly. 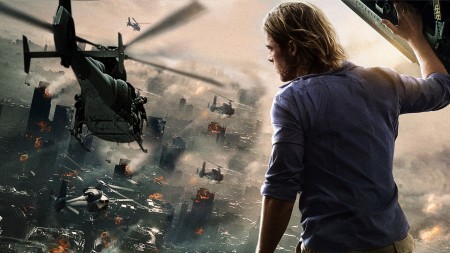