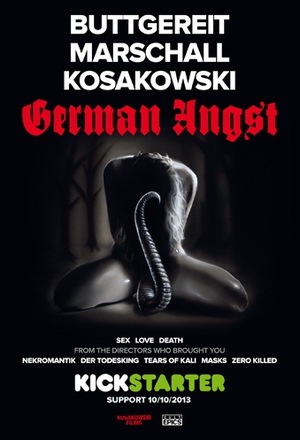 Cult Epics celebrates a special October 24th 35mm print screening of Jörg Buttgereit’s classic NEKROMANTIK at the American Cinematheque in Los Angeles in anticipation of their new transfer of NEKROMANTIK in a Special Edition feature his first short film HOT LOVE, The Making of NEKROMANTIK, Jörg Buttgereit film trailers, featurette, and the isolated soundtrack from the film.

GERMAN ANGST celebrates the return of cult director Jörg Buttgereit after a twenty-year absence from horror filmmaking, while Andreas Marschall continues his exploration of a dark underworld embodied by lust and sex and the psyche with Michal Kosakowski confronting us with violence in all levels of society today, tossing the viewer’s preconceptions aside for a psychovisual feast.

GERMAN ANGST began its Kickstarter run on October 10, inviting viewers and new fans to be a part of the filmmaking process. 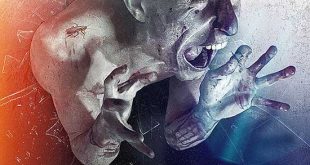