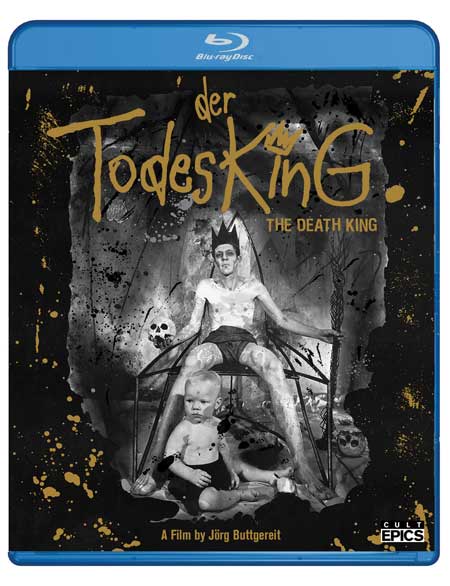 Seven episodes, each taking place on a different day of the week, on the theme of suicide and violent death.

From the years 1988 to 1994, you’d have been hard pressed to find a more disturbing, yet artistic, filmmaker than Jorg Buttgereit. In just six years, the man released some of the most depressing, moody, and controversial films you’ll ever see, then stopped for fifteen years before starting up again in 2009. There is no extra pretense, no exploitative over-hype, just dreary, nihilistic image after hopeless, thought-provoking image. In Nekromantik 1 & 2, as well as Schramm: Into the Mind of a Serial Killer, Buttgereit permanently scrapes some of the most horrifying, disturbing scenes deep into our brains. With his 1990 release of Der Todesking (a.k.a. The Death King), the director takes us down a far less gorey path, but one that is so bleak, so moody, that I would highly recommend those suffering from depression to look elsewhere. 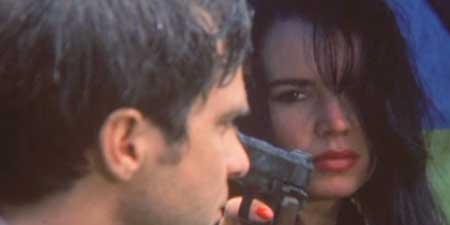 Der Todesking is put together as a seven part series looking at death, but not in a Faces of Death kind of way; thanks to the grittiness of the camerawork and the use of non-superstar actors, this movie, as is the case with his others from around the same time, actually looks pretty real. We open with a segment showing a well-dressed man in his apartment writing letters. He calls his boss and quits his job. He cleans his apartment, feeds his fish, washes his dishes, and it would seem that this is just another Monday (p.s. the segments are each named for the days of the week). He shaves, undresses, gets in the bath, and takes handful after handful of pills. We watch as he sinks lower into the water, his eyes glazed, and the most artistic spilling of vomit into bathwater you’ve ever seen. Yep, this is definitely a Jorg Buttgereit film. 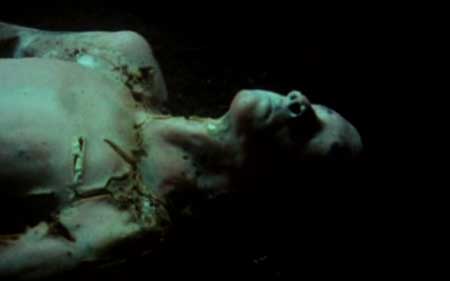 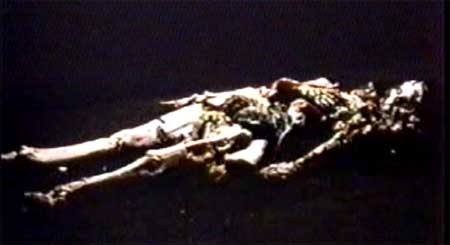 Each section moving forward spins off on a similar theme of death and dying, telling a different story of someone’s “end,” be it murder, suicide, or other. As I mentioned before, they aren’t so much brutal to see, but more depressing and realistic. Some of the segments are even linked to the first one; for example, “Tuesday” follows a man from his mailbox to a video store, where he rents an Ilsa: She Wolf of the SS-looking Nazisploitation film and talks of the suicide note he received in the mail with the clerk. He then goes home, grabs some beers, and watches as female Nazi soldiers cut off a man penis on his television. When his wife comes home with the groceries and complains that he doesn’t do anything, he shoots her, then puts a frame around the blood splatter that her brain and skull left on the wall. Sex, murder, art.

Other segments bring us anything from a man rambling to a female stranger on a park bench about how his wife and he had sexual problems due to a mysterious bleeding issue, to a man suffering from an unknown malady in his room, the pain causing him to alternate between curling up in a ball on the floor and then banging his head against the wall. All of the stories are pulled together by the revisiting of a shot of a naked male corpse deteriorating, the rot and maggots shown via time-lapse photography and with a constant feeling of hopelessness. 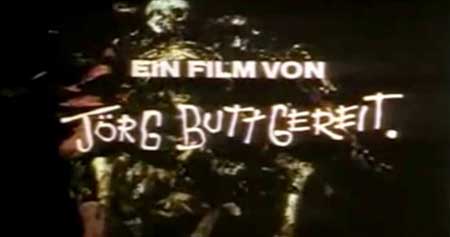 All of the segments are beautifully shot, a unique quality that Buttgereit brings to many of his films; the ability to at once show beauty and despair, art and horror. But there are two that really stand out. “Thursday” is the shortest and most simple of all the segments, yet also, in my opinion, the most powerful. The whole segment is comprised of  roaming shots of a bridge from various angles, accompanied by names, ages, and occupations. It doesn’t take long before we realize that these names are of people who have died, presumably as a result of jumping off the bridge. So simple, yet so powerful, this very short segment plants itself deep into your psyche and keeps emerging every now and then, long after you have finished the movie.

“Saturday” opens with a guy playing a movie on a projector: from a first person point of view, we see a white gloved hand pick up a gun and aim it around. Next, we see a woman reading a book to a young girl. The book is about the psychology of amok-killers and amok-suicides, not your typical early-reader book. Then we see the woman attach a harness to her body, the type that connects to a camera and allows for hands free filming. Recording the entire thing, she walks into a rock concert, goes up front, and in an all too relevant today/before its time scene, she shoots the singer before turning the gun on the crowd and shooting random people. Eventually we watch as a man runs up with a gun and shoots her. 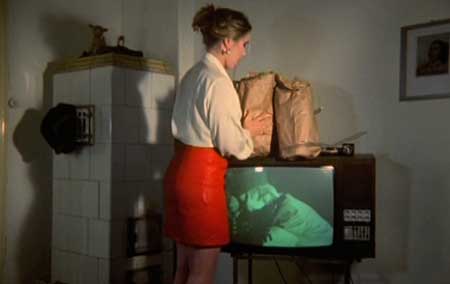 Der Todesking is an experience in mortality, it is a horror film, it is an artistic view of death, and above all, it is a Jorg Buttgereit movie. Dialogue is sparse and action is subtle, but there is a constant sense of foreboding throughout the seventy-three or so minutes of despair. The acting is good, the stories are each suitably horrific and moody. As if it couldn’t get lower, after all seven days of the week are expended, we see a little girl explain her drawing of a crown wearing skeleton, saying “This is the king of death. He makes people not want to live anymore,” before fading to the credits rolling over old black and white photos of children. Should you go find this movie? Yes, you definitely should. But be warned, it is graphic, and depressing, and will leave you with a certain feeling that you can’t quite place but wish would just go away.