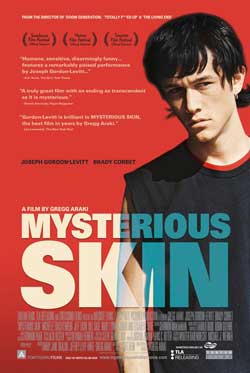 A teenage hustler and a young man obsessed with alien abductions cross paths, together discovering a horrible, liberating truth.

“Mysterious Skin” wears its skin on the controversial side. Aliens, homosexuality, pedophiles…what more you ask?

Beginning in their child hood years, we follow the paths of 2 boys who were both part of a little league baseball team. Their experiences were shared and unsettling, but perceived differently. The team was led by an over friendly coach (Bill Sage) who had a thing for young boys. Without going further, you can probably guess where this story is headed. Yep, the coach is a pediophile. The film is something a bit more. 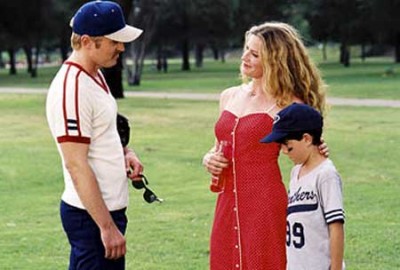 Now if you haven’t see this film and don’t want to spoil the plot details then you probably want to check it out first before reading further. With all that is presented in a disturbing lifestyle choice sort of way, “Mysterious Skin” still comes out as a well directed, well shot piece of cinema. The movie was directed by Gregg Araki of whom you might also remember from the excellent “Doom Generation” which arrived in 1995.

There is much that is explored under this unsettling viewing experience. Both boys face identity issues, expressing love, their past, what it means to them and where they are destined in life. Neil takes the controversial role as a young hustler who lends his body to men who are willing to pay. As this adventure of his expands, it is only a matter of time before it rears its ugly head.

The story here is centered on the lives of 2 boys and their experience during little league. The 2 boys, Neil (Joseph Gordon-Levitt) and Brian (Brady Corbet) are subjected to their coach’s advances which lead to being taped, filmed, sodomized, photographed, fondled and sexually abused. With that being said, Araki still tries to treat it all in a gentle way that feels more like “Goonies” got kid-raped” than as hardcore as it suggests.

The experience left a mark on Neil in a way that you might say “robbed him of his soul” leading him into a life of selling himself to adult strangers who were willing to pay for time with a young boy. The situations are mostly sexually driven often with the men performing acts on the boy in exchange for his time. Needless to say, “Mysterious Skin” is a hard movie to take in which falls somewhere between an excellent cult film and a gay-themed-rooted movie that balances weird and hardcore with storytelling and purpose. For viewers, all the acts are kept discreet enough to suggest simulation without really going there. What is hard to bear is the culture itself and the acts that Neil subjects himself to.

Brian believes he was abducted by aliens at an early same age which creates a mental block in regards to what “really” happened. His frequent nose bleeds and black out periods will soon draw conclusion when he finally encounters Neil.

It’s a story about origin and the subjection that one’s childhood years can have on the rest of his life. In this case it’s 2 boys now in their teens who have dealt with their past in different ways. They both have to face their past and how it will position them throughout the rest of their lives. 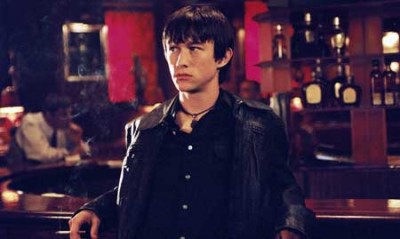 A recollection and reveal harnesses some deeply disturbing memories that have been locked away for quite some time. 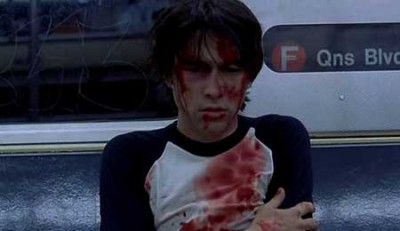 “Mysterious Skin” is recommended as a “must see” for cinematic reasons while keeping in mind that there is alot of content that is highly controversial and hard to view. The film is wrapped in a cult style presentation that saves it from its truer disturbing elements. 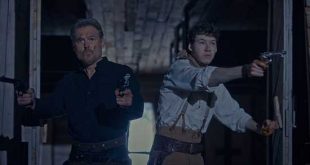