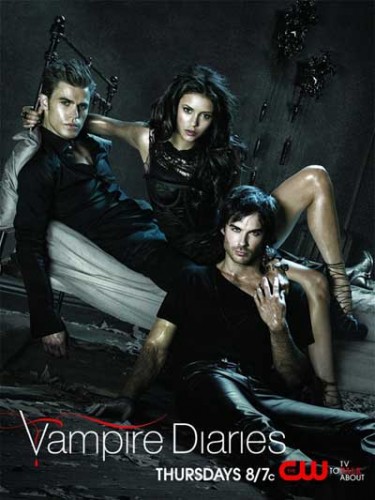 Returning for its second season, THE VAMPIRE DIARIES is the story of two vampire brothers obsessed with the same beautiful girl, and battling to control the fate of an entire town. During season one, Stefan (Paul Wesley, “Fallen”) and Damon Salvatore (Ian Somerhalder, “Lost”), returned to their hometown of Mystic Falls, Virginia, for very different reasons – Stefan was determined to get to know Elena Gilbert (Nina Dobrev, the upcoming film, “The Killing Game”), who bears a striking resemblance to Katherine Pierce, the beautiful but ruthless vampire the brothers knew and loved in 1864, while Damon was intent on releasing Katherine from the tomb where he believed she was trapped by a witch’s spell all those years ago.

In the season one finale, Elena’s uncle Johnathan (guest star David Anders) set a plan in motion that brought the Founder’s Day celebration to an end amid chaos, destruction and death, and saw the return of the vengeful Katherine Pierce. Elena’s troubled younger brother, Jeremy Gilbert (Steven R. McQueen, “Everwood”), was so devastated by the death of Anna (Malese Jow, “Hannah Montana”), the vampire who befriended him, that he lost all hope and took an overdose of pills. That same night, Tyler Lockwood (Michael Trevino, “Cane”), Matt Donovan (Zach Roerig, “Friday Night Light”) and Caroline Forbes (Candice Accola, “Juno”) were in a serious car accident while trying to escape the chaos in the town square, and Caroline was rushed to the hospital, her life hanging in the balance. The events of that terrible night will also have long-range effects on Bonnie Bennett (Katerina Graham, the upcoming “Honey 2”), the powerful witch who was Elena’s best friend until the vampire brothers came between them; Alaric Saltzman (Matt Davis, “Legally Blonde”) the vampire-hunter who has become an unlikely ally for Stefan and Damon; and Jenna (Sara Canning, “Smallville”), who has yet to discover the violence that occurred in her own home. 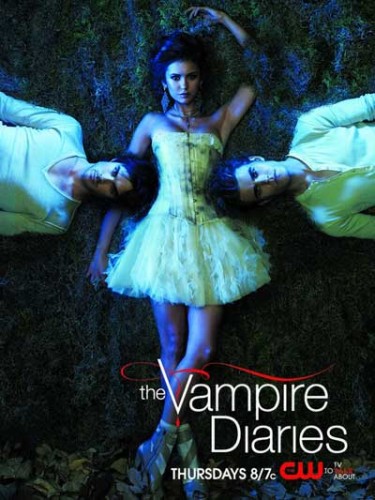 In season two, the appearance of the villainous Katherine in Mystic Falls will throw a wrench into the love triangle between Stefan, Elena and Damon, and the other residents of Mystic Falls must choose sides as they fall victim to a new breed of danger. New and unexpected friendships will be forged, allies will become enemies, and hearts will be broken. Stefan and Damon will be forced to face a villain more evil and diabolical than they ever believed possible. 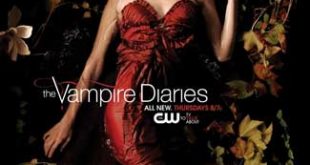 The Vampire Diaries’ Elena Gilbert is Dead and Floating