Home | IMAGE Entertainment Will Be Bringing ODD THOMAS To The US

The theatrical debut of Dean Koontz’s incredibly popular ODD THOMAS series has been on hold for awhile. The films been done, just kinda been hanging around waiting to see the light of day and it appears that day may soon be here. Got a press release tonight that IMAGE has picked the film up. Here’s the release:

LOS ANGELES, September 24, 2013 – Image Entertainment, an RLJ Entertainment (NASDAQ: RLJE) brand, has acquired all U.S. rights to the thriller Odd Thomas, based on the original, critically acclaimed New York Times bestselling book by Dean Koontz under the same name. Odd Thomas is the first in a series of seven books, six of which have already been released and have sold a total of over 20 million copies worldwide. The set includes Odd Thomas, Forever Odd, Brother Odd, Odd Interlude, Odd Apocalypse and Deeply Odd. The film was written and directed by Stephen Sommers (The Mummy franchise, G.I. Joe: The Rise of Cobra, Van Helsing) and stars Anton Yelchin (Star Trek Into Darkness, Fright Night), Willem Dafoe (Spider-Man franchise, Platoon) and Addison Timlin (“Californication”, “Zero Hour”). The film was produced by Sommers, John Baldecchi and Howard Kaplan. Budgeted at $30 million dollars, the film uses state of the art visual effects to bring the supernatural elements of the Koontz novels to the big screen. Image Entertainment is set to release Odd Thomas in Q1 2014. Bill Bromiley, Chief Acquisitions Officer for Image Entertainment made today’s announcement.
“Director Stephen Sommers’s spectacular style and extraordinary vision translates so well to the big screen for this material,” said Bromiley. “We are proud to distribute the film and introduce the magical world of Odd Thomas to a wider audience.”
Odd Thomas (Yelchin) tells the story of a short-order cook with clairvoyant abilities. Maybe he has a gift, maybe it’s a curse, Odd has never been sure, but he tries to do his best by the silent souls who seek him out. Sometimes they want justice and he finds himself helping police solve a crime. Occasionally, they prevent one.
One day, however, a mysterious man comes to town with a filing cabinet stuffed with information on the world’s worst killers and a pack of hyena-like shades that follow him wherever he goes. Who the man is and what he wants, not even Odd’s deceased informants can tell him. What happens next is a mysterious battle between light and darkness.
The deal was negotiated by Bromiley, Mark Ward and Jess De Leo on behalf of Image Entertainment and Paul Hudson on behalf of the filmmakers.
Dean Koontz is an American author, known for his bestselling suspense thrillers. Fourteen of his novels reached the number one position on the New York Times hardcover and paperback bestsellers lists, including Odd Hours, Midnight, The Bad Place, Cold Fire, Hideaway, Dragon Tears, Intensity, Sole Survivor, From the Corner of His Eye, One Door Away From Heaven, The Husband, Relentless, What the Night Knows and 77 Shadow Street. Koontz is one of only a dozen writers that have achieved this milestone. His books have been published in 38 languages and he has sold over 450 million copies to date.
The New York Times describes Koontz writing as “psychologically complex, masterly and satisfying.” Rolling Stone hails him as “America’s most popular suspense novelist.”
Recent Image Entertainment releases include The Colony with Laurence Fishburne, Bill Paxton and Kevin Zegers, Paradise with Julianne Hough, Russell Brand, Octavia Spencer and Holly Hunter, written, directed and produced by Diablo Cody and the upcoming The Adventurer: The Curse of the Midas Box starring Michael Sheen, Lena Headey, Sam Neill and Aneurin Barnard and Rage starring Nicolas Cage and Danny Glover.

So, no release info yet but IMAGE always does a nice job so we should have some info for you soon. Until then rest well knowing that finally the film at least has a distribution company behind it. Stay tuned, more info soon. 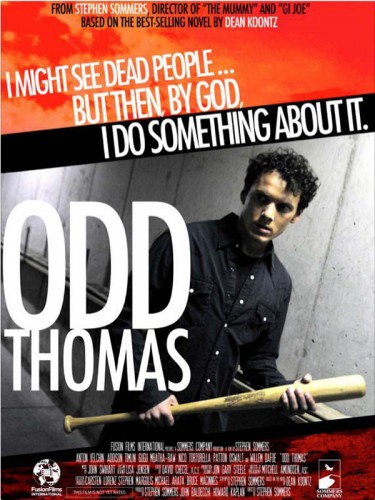 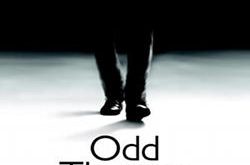 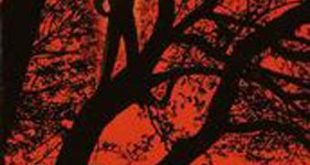 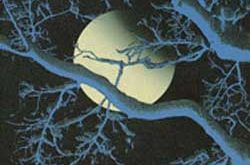