Home | Articles | Feature Article | The Good, The Bad and The Insidious: What’s in a Sequel

The Good, The Bad and The Insidious: What’s in a Sequel

Insidious Chapter 2 is enjoying remarkable box office success on its opening weekend, bringing in a whopping $42 million on a small $5 million budget. Incredible. The reviews have been mixed as best, however. At the time of this writing, the film has a 37% on Rotten Tomatoes, a 39% on Metacritic and a B+ on CinemaScore. Listening to episode 24 of the Official HorrorNews.Net Podcast, you will hear hosts The Black Saint and Thomas Mariani bash the film giving the film a one star out of five. On the other side of the mic, Vixen, Dave and myself attempt to defend the film meeting vigorous opposition. 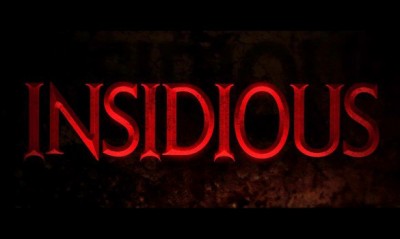 During the podcast Thomas calls me out for proclaiming that Insidious Chapter 2 may be a flawed classic, that buried in loud missteps are quiet moments of genius that should not be ignored. It’s a tough argument, one that fell on deft ears – a tough crowd, if you will. Insidious Chapter 2 is not the same success that is Insidious (2011) nor the instant classic monster hit that is The Conjuring. If you believe The Black Saint, James Wan’s eyes are looking past Insidious Chapter 2 to his next project, The Fast and the Furious 7. But, is that really the case? Is there a great film in this misunderstood film that may be blundered by taking too many unnecessary risks? Or did James Wan and Leigh Whannell play the sequel too safe and not take chances? Will the film be a forgotten disappointment or an inventive successor to the original? Let’s take a look at some of the good and bad elements of Insidious Chapter 2: the good, the bad and the Insidious.

01- Time Traveling within the Further

The most impressive invention in Insidious Chapter 2 is the revelation that The Further is not confined by time. That the travelers in this twilight zone can find their way to other destinations, days, months or, perhaps, centuries from their deaths. This is used to great effect as the Insidious Chapter 2 version of Josh Lambert effects the events seen in the previous film and in this film’s prologue set in the 1980’s featuring a young Josh. 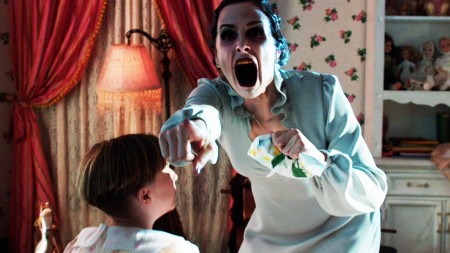 Of all the cast in Insidious Chapter 2, it is Patrick Wilson that provides the film’s winning performance this go around. Where Rose Byrne was the primary in much of the first film, Josh (Patrick Wilson) is this film’s focus, especially if you recall the final moments of the first Insidious. He gets a series of terrific Nicholsoneque Shining moments where you can almost see him forces back a “Here’s Johnny!” line. His role and acting keeps much of the film on track. 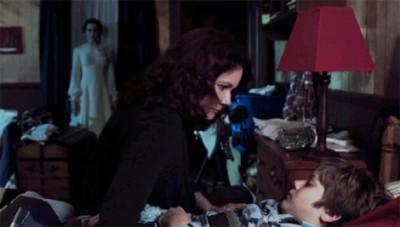 Insidious Chapter 2 is scary. It jumps straight into what is frightening with the spirits appearing throughout the house, appearing in mirrors, playing the piano and sending the toddler’s bumper seat across the floor. Even if the scares do not resonate with you, it is hard to deny that Wan’s masterful film work keeps the audience unnerved and wary of every shadow and every corner. The cinematography from John R. Leonetti is equally compelling and exceptional here as well. 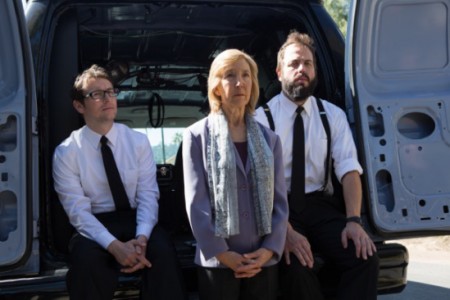 The most refreshing on screen paranormal investigator in modern cinema is back, venturing forth from the Further. It is great to have Lin Shaye back as Elise playing an important role in the story. Outside of an awkward introduction back into Josh’s Further world adventures, her role is heartfelt and satisfying. She is an Obi-Wan from the other side.

05- The Bride in White, Mama Crane

The inclusion of the Bride in White wandering the halls of Loraine’s house is incredibly creepy with the actress, Danielle Bisutti, playing it for all it is worth. For much of the film, she provides the most frightening scares and the loudest screams. While it is Wan’s handling of the ghost trickery having her character appear and disappear right in front of camera that leaves the audience on edge, it is also the actress’ stoic, menacing appearance and movements that sell the ghost in full.

The embarrassing dubbing of Lin Shaye’s voice over actress Lindsay Seim playing a young Elise Rainier does this film a tremendous disservice, taking the audience immediately out of the film. It also does this in the first 5 minutes, a key time for any film to draw the audience in. This is a crucial time to engage the audience and Wan throws an elephant in the room undermining much of beginning of Insidious Chapter 2.

The forced inclusion of found footage shots with Specs, Tucker and Carl is incredibly off-putting in the manner used within Insidious Chapter 2. The transition from conventional style film to the shots from Spec and Tucker’s cameras is awkward at best. The idea is sound and most likely relates to the Web Series they have released this week, but within the film, the addition is a total unwarranted distraction.

The unnecessary, overwrought back-story surrounding the Bride in Black and the Woman in White is convoluted and wholly unnecessary. It provides too much for a film of this length and for the amount of time allotted. The first film was scary because all it needed to provide was the foundation of the spirits – coming from the Further – allowing for a variety of ghosts and ghouls, including the fire faced demon, to wander in unexpectedly and unpredictably. With Insidious Chapter 2, Wan provides fewer ghosts and a greater amount of explanation resulting in exhausting the audience looking for a scary ride. 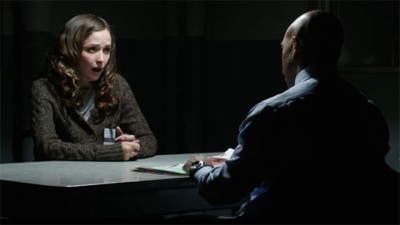 A confusing inclusion of the police story at the beginning that goes nowhere is one example of side plots that drag the story down early on. What seems like a necessary plot device, explaining how Josh can still be “free” when he is the obvious suspect of the murder of Elise is too bulky a proposition for the throwaway treatment it receives. And having this so prominently featured in the first act while constructing the foundation of the story weakens the overall effect of the other story elements. 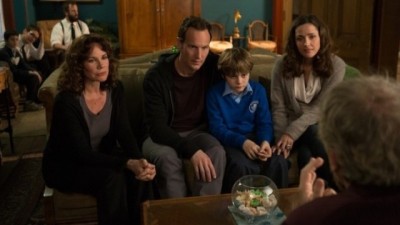 Having Josh already trapped in the Further allows for the Further to return without feeling cheap and forced. However having the son, Dalton, head back into the Further to save his father late in the final act is a too safe and predictable action. Simply reversing the individual in that scenario does not make it fresh, instead it feels like a retread of the original. To make matters worse, it never amounts to anything – no increase in danger or menace or consequences.

Drawing my own conclusion, Insidious Chapter 2 is too logical for its own good. It picks up the story exactly where Insidious leaves off and follows the exact prescribed path that that specific ending telegraphs. In the process it leaves invention and imagination by the side. It still has its moment, mostly with the time travel Further plot lines, but as far as the spirits and the hauntings themselves it takes the revelation that a man played the part of the Bride in Black too far into the story lines. The result is the film feels repetitive in many of its key scenes, even including shots from the first film. But when the two films are seen back to back, as a whole film, the narrative becomes far more precise and thorough. Many of you many not agree with this interpretation of the film. What about you? Did the film simply fail on monumental levels like Thomas and The Black Saint suggests or did it scare you silly just like the original much like it did Vixen, the voice of reason? Critically, it is easy to recognize the film stumbling over itself taking, perhaps, the easy way out; but, not everything in the film is that way. Which side of the balance do you lie?