A new Red Band trailer for MACHETE KILLS has shown up and it is full of all the things that make MACHETE great.

Before we let the blood flow, a little refresher course in what the film is all about:

n Machete Kills, Danny Trejo returns as ex-Federale agent Machete, who is recruited by the President of the United States for a mission which would be impossible for any mortal man – he must take down a madman revolutionary and an eccentric billionaire arms dealer who has hatched a plan to spread war and anarchy across the planet.

Oct. 11th is the date to jot down for this one! 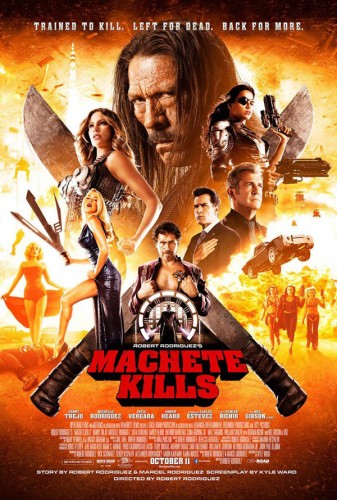