UNDER THE DOME is still kicking butt for CBS, even with the stupid TIME WARNER CABLE blackout it is still pulling really strong numbers and that is all good in my book.

Next weeks episode will introduce a new character and further heighten the suspense as life under the dome begins to unravel a bit. Here’s the official word on this episode titled THE FOURTH HAND:

“The Fourth Hand” – Big Jim and Barbie discover their lives are more intertwined than they knew when a mysterious woman, Maxine, shows up unexpectedly in Chester’s Mill, on UNDER THE DOME, Monday, August 19 (10:00-11:00 PM, ET/PT) on the CBS Television Network. Natalie Zea (“Justified”) guest stars as Maxine.

Want to see a little bit of what next week holds? No problem, here you go:

Here’s a few pictures as well, just because I like you all so much: 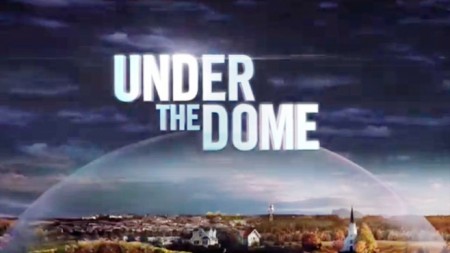