Easily one of the most anticipated literary events of the year is Stephen King’s sequel to THE SHINING a novel titled DOCTOR SLEEP. King fans for years have wondered what ever happened to little Danny and now, almost 30 years later we’re all going to find out.

King spoke with the AARP website and had the following to say about the project:

“When the [sequel] idea would pop up in my mind I would think, ‘Now Danny’s 20, or now he’s 25… I wonder if he’s drinking like his father?” Finally I decided ‘OK, why don’t I use that in the story and just revisit that whole issue? Like father, like son.'”

He also provided a good size excerpt from the novel and you’re gonna want to CLICK HERE right now and head over and grab your first look at what is sure to be an amazing read.

DOCTOR SLEEP will be available everywhere on September 24th! 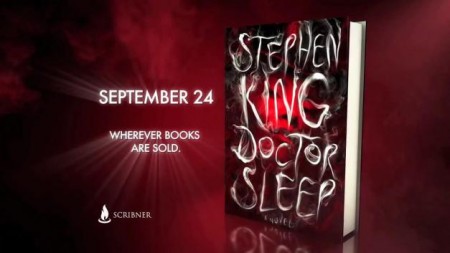