Home | FANTASIA the Place to be for Must See Horror films This Year!

FANTASIA the Place to be for Must See Horror films This Year!

Fantasia brings another round of must see films……..
But rather than ramble on, we figure we’d give ya the news straight as it comes to us!

Besides Wan’s terrifying THE CONJURING (which will be intro’d by star Joey King), we’ve got the hotly-anticipated World Premiere of Lloyd Kaufman’s RETURN TO NUKE ‘EM HIGH VOLUME ONE, with the director and star, Catherine Corcoran, in attendance! We’re also celebrating the World Premiere of CURSE OF CHUCKY, hosted by director Don Mancini and star Fiona Dourif, and the Canadian Premiere of the explosive SXSW hit CHEAP THRILLS – with director E.L. Katz in the house!

The legendary Bobcat Goldthwait will unveil the Canadian Premiere of his found footage bigfoot adventure WILLOW CREEK, Joe Swanberg is here for the World Premiere of 24 EXPOSURES (starring his constant collaborators Adam Wingard and Simon Barrett) and Canadian Premiere of YOU’RE NEXT, and director Mike Mendez triumphantly rides into Montreal on his BIG ASS SPIDER!

From Europe and beyond we’ve got the World Premiere of Richard Stanley’s stunning documentary L’AUTRE MONDE (THE OTHERWORLD), hosted by the director and composer Simon Boswell; the Canadian Premiere of Aharon Keshales and Navot Papushado’s Israeli shocker BIG BAD WOLVES; and the highly-anticipated Canadian Premiere of THE WORLD’S END – where we’ll be joined by director Edgar Wright and star Nick Frost!

Asia delivers an amazing array of films to Fantasia this year, including Japan’s BUSHIDO MAN (hosted by writer/director Takanori Tsujimoto and actors Mitsuki Koga and Kensuke Sonomura); LIBRARY WARS, intro’d by director Shinsuke Sato; and the stellar IT’S ME IT’S ME from writer/director Satoshi Miki – who will also be hanging out with everyone here! 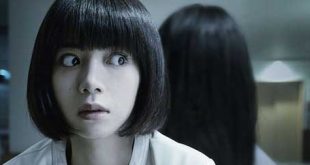