The first frame grab from the feature film “Deep Dark” shows lead character Hermann (Sean McGrath, Cell Count) in his new home.  In this dilapidated apartment he finds his muse and the film showcases the strange, sometimes violent relationship that develops between them.  A modern c**ktail of several genres, the film serves up equal parts psychological horror and romance, because after all, love can be a little scary.

Michael Medaglia says, “Deep Dark is an indie film with an original story.  It’s not a sequel.  It’s not a reboot and it’s not a foreign film remade in the US.  It’s not based on a toy, comic book or popular children’s fiction series. A film like this could only be made independently and that’s how we are making it… outside of the system.”

Co-Producer Todd E. Freeman adds that, “Deep Dark is different. This movie is being made for the viewers on the fringe. The ones that don’t necessarily like their content safe. The viewer that used to watch movies late at night on HBO or Cinemax, and enjoyed the sense of excitement of truly original films where anything could happen at any moment.  We’re making a movie for people like us… different, original, and slightly dangerous.”

The film is currently in production while concurrently running a KickStarter Campaign for additional post production funds.  $10 or more gains access to daily behind the scenes videos from the set while the movie is being shot.  To see all of the perks and more information about the feature film and how to become involved go to:  www.kickstarter.com/projects/medaglia/deep-dark-a-feature-length-horror-film.

Stay up to date with production news and even more exclusive content at www.facebook.com/deepdarkmovie 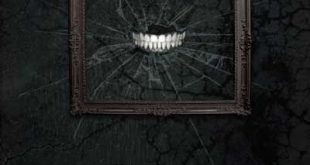