All right all you fans of Indie horror and 80’s grue, I’ve got a nice little flick to let you know about It’s called TEACHER’S DAY and it is definitely a throw back to the good old days of hack and slash cinema.

Coming to us from director Jared Masters is this, in his words “my cinematic love letter to 80s slasher horror films” Here’s the trailer:

Frolic Pictures, in Hollywood, has wrapped principle photography on their latest picture, a slasher-comedy, set for a Friday, December 13th, 2013 release.

Teachers’ Day
This picture is being brought to the screen by new wave writer/director Jared Masters.
A 12th grade European History educator, Ty Anderson, whose minor online communication with a teasing student finds him immediately terminated from school grounds, snaps him into a psychotic killing spree, terrorizing his former female students at their slumber party.

There is a ton of info at the films official site which you can access by CLICKING HERE. 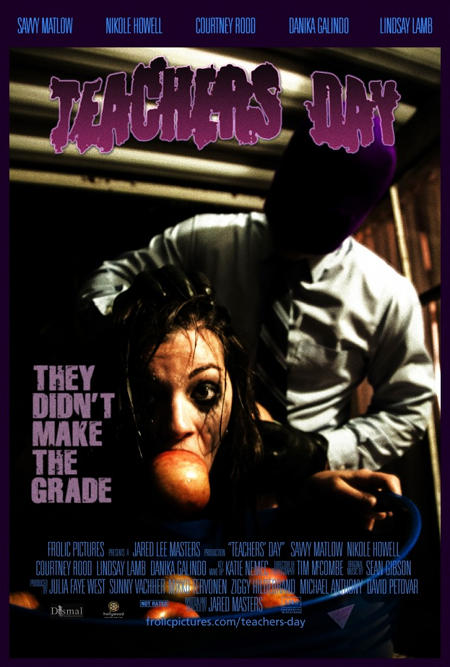