Home | SCREAM FACTORY Debuts DAY OF THE DEAD Artwork Plus Much More!

SCREAM FACTORY Debuts DAY OF THE DEAD Artwork Plus Much More!

One of my favorite things about the SCREAM FACTORY line has been the awesome artwork they have commissioned for all their releases and that string of awesomeness continues with todays release of the artwork for their upcoming Collectors Edition Blu-ray of George Romero’s DAY OF THE DEAD. Check it! 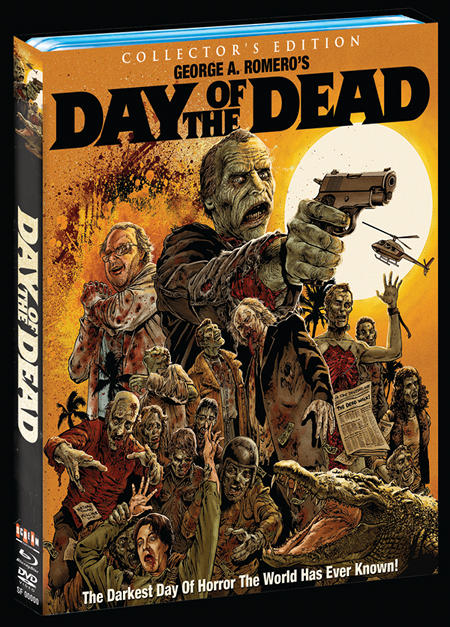 Yeah! That’s what I’m talking about! Scream Factory debuted this beauty on their Facebook page with the following blurb:

“Artist Nathan Thomas Milliner strikes again! Check out his latest OTT design that will grace our upcoming Collector’s Edition release of George Romero’s classic DAY OF THE DEAD! More specific details on the release (exact street date, extras) will be revealed this Summer!”

At the same time they have also announced a couple other “must have” additions of couple of other cult favorites, first up a double feature that is sure to have you screaming for more: 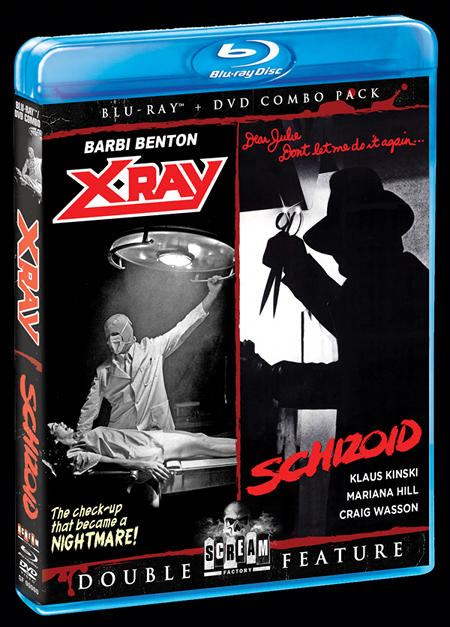 X-RAY (AKA HOSPITAL MASSACRE): Ex-Playboy Playmate Barbi Benton star in this 1982 horror flick about a beautiful woman who goes to the hospital for a routine check-up and finds herself being stalked by a maniac seeking revenge for a childhood Valentine’s Day prank.

And this is horror all nighter with a frightfest four pack that will most likely explode your skull: 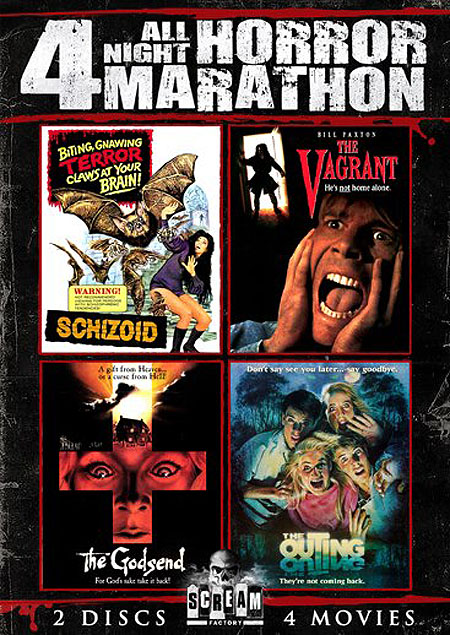 “We have a fun and frightening multi-title DVD set coming soon on August 20th. 4 films (3 of which have never been on DVD before) for a super low $9.99 SRP.”

THE GODSEND – Donald Pleasance’s daughter Angela Pleasance stars in this 1980 horror mystery about an English family that takes in a pregnant woman; they raise her baby girl as one of their own after the mother disappears only for their own children to begin dying over the years under strange circumstances leading them to believe the little girl is more than she appears.

THE VAGRANT – Bill Paxton, Michael Ironside, Marshall Bell, and Colleen Camp star in this horror comedy. Graham is content! He has a just purchased a new house which he can afford due to his successful well okay job which also comes closer to him with a swell chance of picking up a great girlfriend as a bonus feature. Of course he is something of a suck up yuppie and his potential companion Judy Dansig is sex-crazed real estate agent. However his new home has unwanted guest, a disgraced destitute shrink, who sees a chance to carry on the mind games that led him to his current situation. As Graham starts finding pieces of those around him turning up in places like his fridge and with him getting the blame by the law. Graham struggles hard not to lose it, but that isn’t easy as the deaths continue and he starts to even doubt his very own sanity!

THE OUTING – Deborah Winters, James Huston, and Andra St. Ivanyi star in this 1987 flick which is also known as THE LAMP. In it a murderous genie stalks victims in a museum! 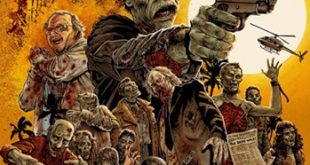