Home | I SPIT ON YOUR GRAVE 2 Brings More Brutal News

I SPIT ON YOUR GRAVE 2 Brings More Brutal News 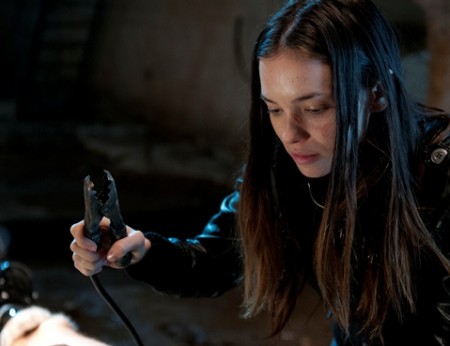 Anchor Bay Films has once again joined forces with CineTel Films to release the next chapter of the controversial I Spit On Your Grave film franchise. I Spit on Your Grave 2 wrapped production late last year with Steven R. Monroe directing. The film is expected to be released in fall 2013. Anchor Bay Entertainment President Bill Clark made today’s announcement.

“We had a great experience working with Lisa and Paul at CineTel on the 2010 remake,” commented Kevin Kasha, Executive Vice President, Acquisitions and Co-Productions. “Both the fans and critics alike loved the film and we know that I Spit on Your Grave 2 will deliver.”

“We’re thrilled to continue our association with Anchor Bay for I Spit on Your Grave 2,” noted CineTel Films producer Lisa Hansen. “Anchor Bay was a true partner in their handling of the 2010 remake. We all knew that the die-hard fan base would be disappointed with anything less than the unrated version…the film had to be real, brutal, and honest. They walked that path lockstep with us and continue to do so as we shape the franchise.”

Anchor Bay Films released I Spit on Your Grave in 2010 to critical acclaim. Based on Meir Zarchi’s 1978 version, the film gained the respect of both mainstream and genre critics. The New York Times called it “extremely efficient grindhouse,” while New York Magazine’s David Edelstein extolled “Each killing is as protracted, humiliating, ingenious, gory and downright poetic as any I’ve seen, and I’ve seen it all.” Bloody-Disgusting’s Brad Miska said “The audience gasped, screamed and cheered as they watched Sarah Butler drop the axe on her assailants,” while Rue Morgue Magazine declared it “a cinematic bulldozer…it handily trumps the original in the ferocious revenge sequences.” I Spit on Your Grave 2 is a new chapter in the series.