HorrorNews.net has some Blu ray copies of Texas Chainsaw to give you guys and all you have to do if email your information to joyhorror@horrornews.net and you could be picked.  You need to put Texas Chainsaw in the subject line.  You need to give your full name and complete address in the body of the email.  It’s that simple.  US and Canada ONLY!   You’ll be notified shortly after the release date if you are a lucky winner. 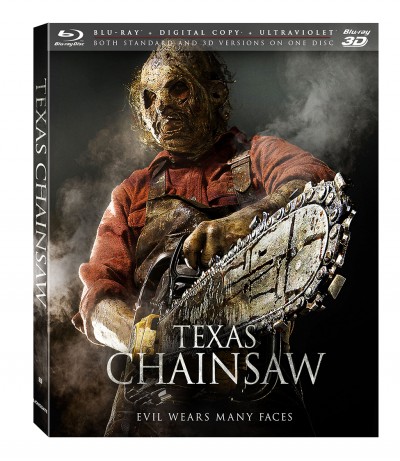 Texas Chainsaw continues the legendary story of the homicidal Sawyer family, picking up where Tobe Hooper’s 1974 horror classic left off. In Newt, Texas, people have been going missing without a trace for decades. Years later and hundreds of miles away from the original massacre, a young girl, Heather (Daddario), discovers that she has inherited a sprawling Texas estate from an unknown grandmother. To claim her estate, Heather goes on a road trip with her friends to Newt, but learns that wealth comes at a price when she discovers the horror that waits in the cellar of her new mansion.

The Blu-ray and DVD features extensive bonus materials including audio commentaries, a look back at the history of the Texas Chainsaw series, exclusive interviews with the film’s director, producer and writers plus multiple behind-the-scenes featurettes. Texas Chainsaw will be available on Blu-ray Disc and DVD for the suggested retail price of $39.99 and $29.95, respectively.

Rating: Rated R for strong grisly violence and language throughout