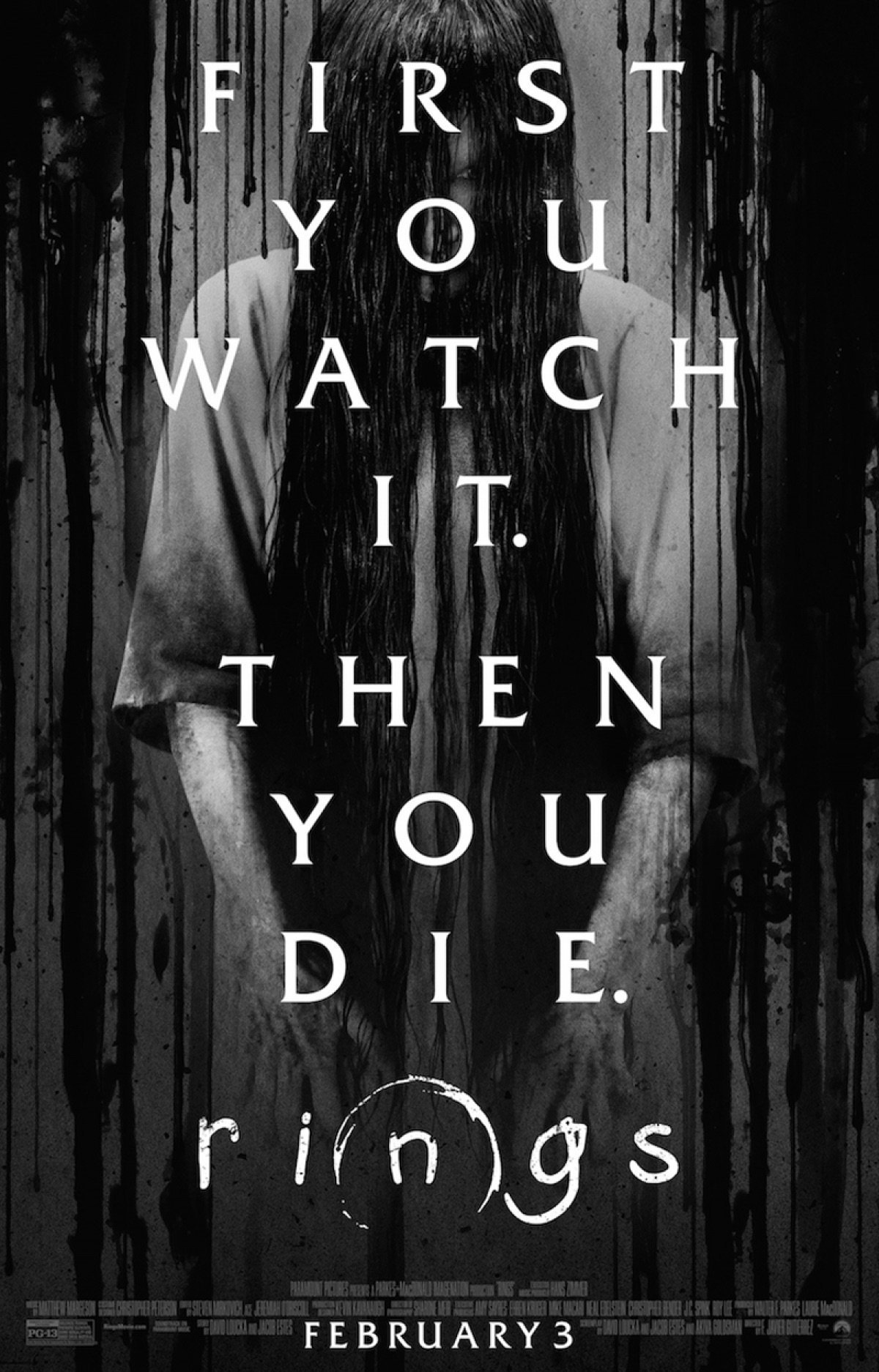 A young woman becomes worried about her boyfriend when he explores the dark urban legend of a mysterious video said to kill the watcher seven days after viewing. She sacrifices herself to save her boyfriend and in doing so makes a horrifying discovery: there is a “movie within the movie” that no one has ever seen before.

2002 brought audiences The Ring, director Gore Verbinski’s Hollywood take on Ringu (1998). Starring Naomi Watts, it’s a very good little shocker, made even better by some fine acting and the novelty of its central premise. Watts returned in 2005 for a far less successful sequel titled The Ring 2, which had the novelty of having the original director of Ringu, Hideo Nakata, at the helm. Sadly, that was the only interesting thing about it. Now here we are in 2017, and the chickenheads who make movies on the West Coast have crapped out another sequel of sorts, called Rings. Does anyone (besides the crew that worked on this) really give a hoot about the adventures of Samara, the little wet girl who occasionally climbs out of TV’s (and gives her victims the stink eye)? 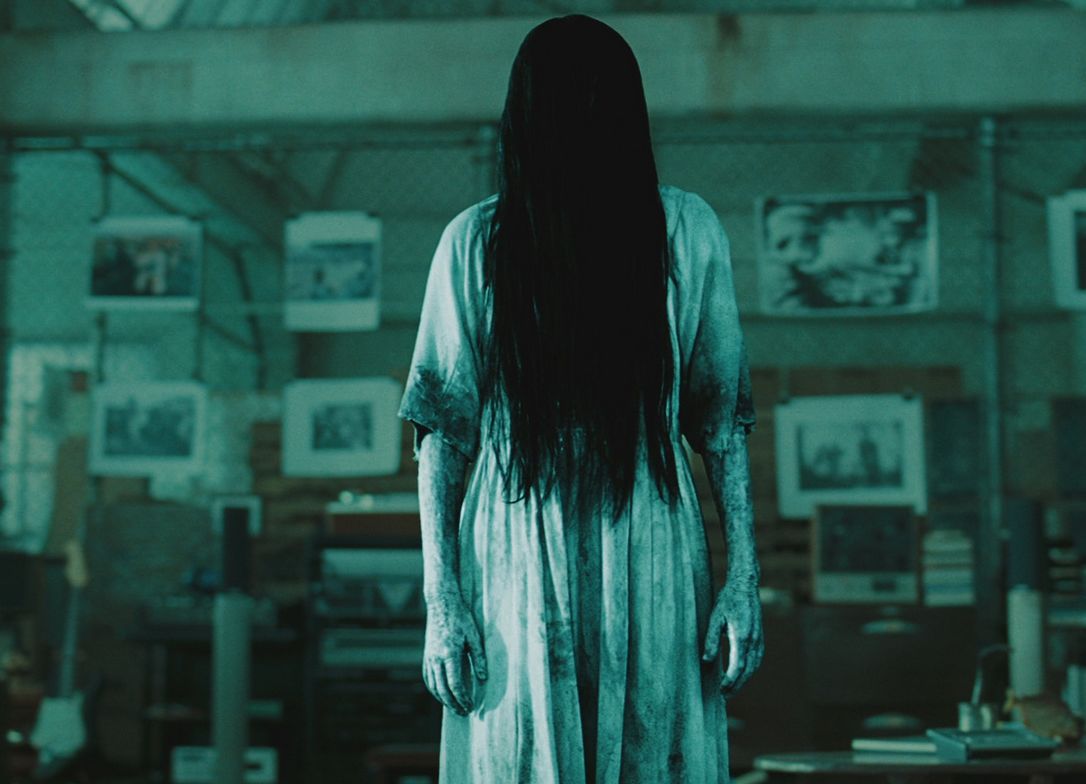 More on that later.

After opening with a silly, but gripping, situation on an airplane (during which Samara climbs out of screens in the cockpit to kill her victim), we meet Gabriel (Johnny Galecki). Gabriel is a college professor who purchases a used VCR deck, only to find the famed cursed videotape inside of it. He then watches it, and gets the pre-requisite phone call with a voice intoning “Seven days“. After doing some research, he realizes that his time is short unless he can pass the curse along to someone else by having them watch the tape. But somewhere along the line, he gets the notion that he might be able to learn something about life after death with the tape. So he starts up a club filled with students that are willing to get themselves cursed by watching the tape. Then he finds them other students they can show the tape to (they’re called Tails), and then has them show it to more of these tails – and so on. Now besides the mention of trying to learn about life after death, Gabriel gives no real reason for doing any of this. And exactly how he repeatedly finds students stupid enough to actually watch the tape isn’t explained either. I know kids are dumb these days, but they ain’t that stupid. Admittedly, while this premise seems dumb, it’s definitely different. I was kind of interested to discover where the script was headed, but it wasn’t too long afterwards when I realized that the three hacks who wrote this didn’t really have too much of an idea where it was headed either. 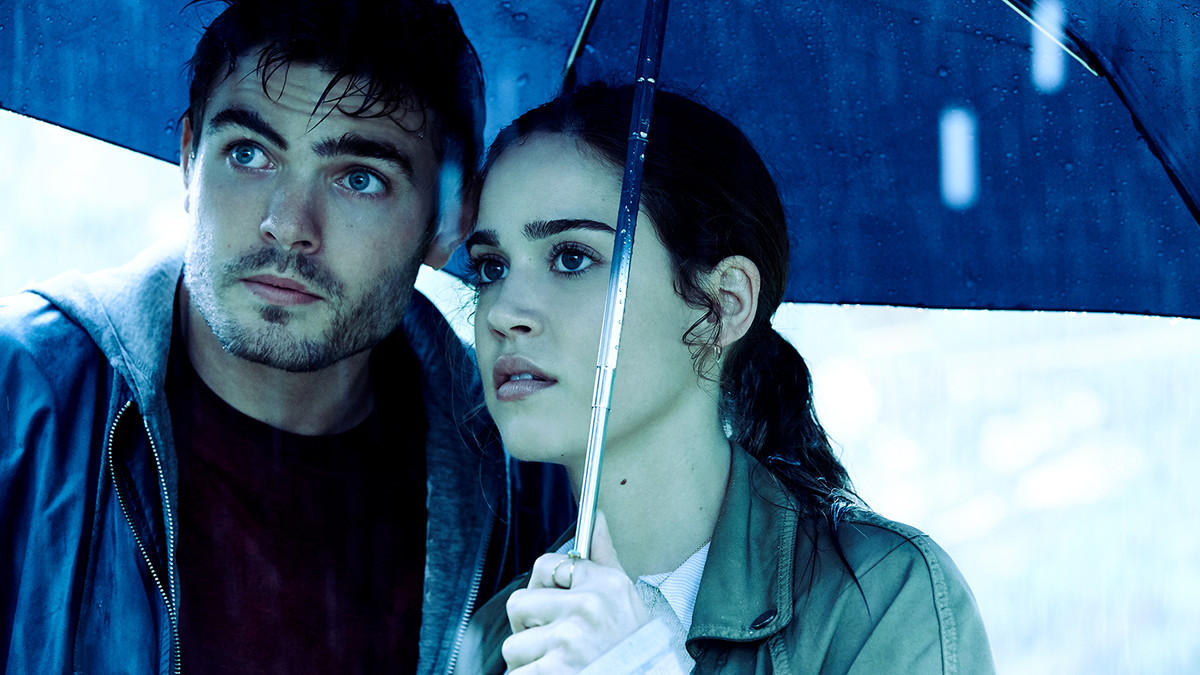 Julia (Matilda Anna Ingrid Lutz) becomes involved when she discovers that her boyfriend, Holt (Alex Roe), has seen the tape, and doesn’t have a tail yet. Holt has disappeared, and Julia goes to find him (They’re in love don’t ya know). She almost falls prey to watching the tape by a student (Aimee Teagarden) who has only minutes left before Samara pays her a visit, but manages to escape, and witness Samara in action at the same time. Once Holt arrives, he explains the situation to her, and she not only decides to watch the tape to become Holt’s tail (I told you they’re in love – didn’t I?), but she also decides to do some investigating into Samara’s origins. So we get the same story that’s been told in the previous Ring films, but we also get some new information about Samara’s mother. It all ends up in a graveyard that’s tended to by a blind caretaker (Vincent D’Onofrio) who might know a little bit more than he’s letting on. Oh, did I mention that we get a crapload of exposition in between the opening airplane scene and the final twist? 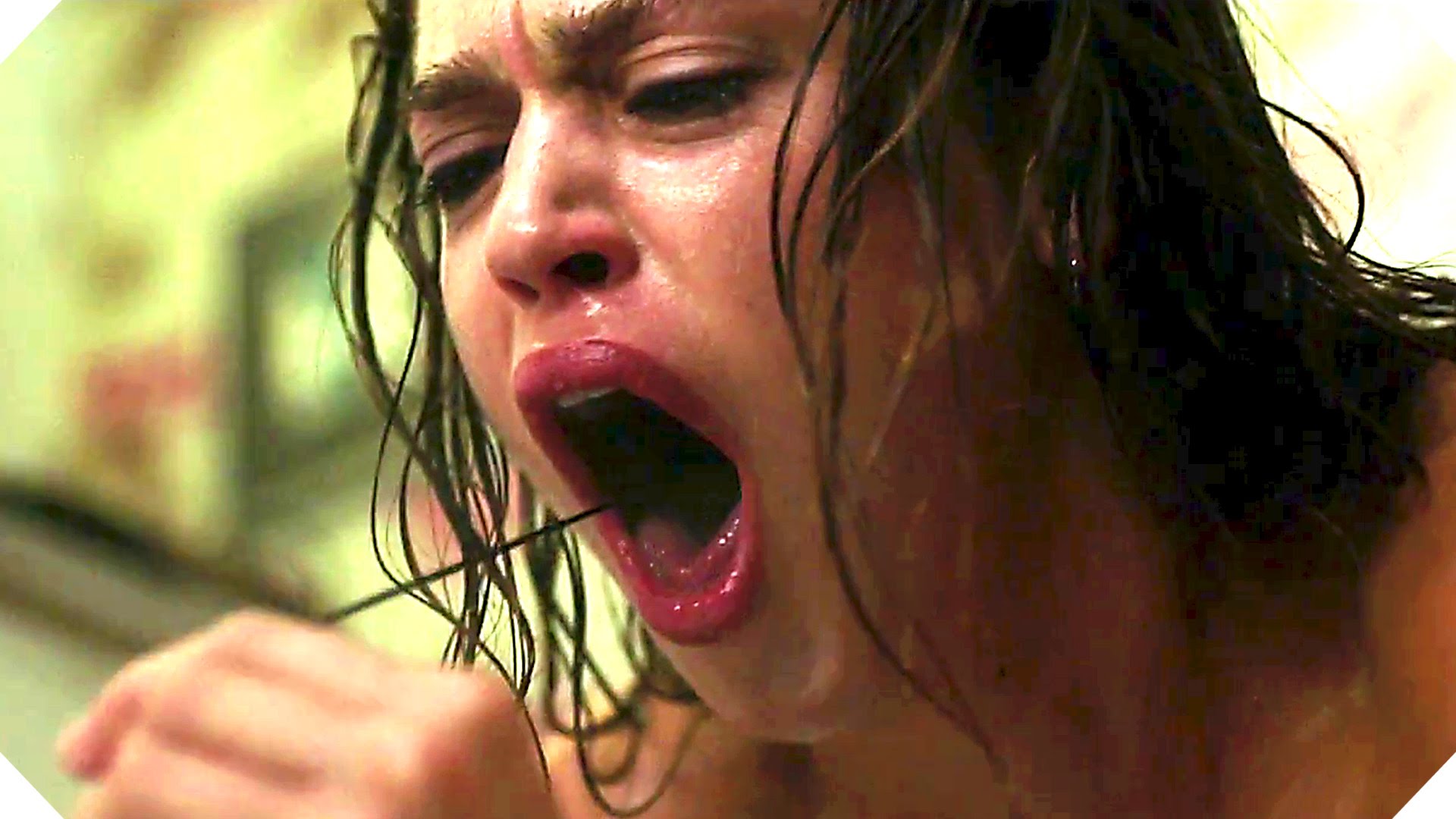 The sad thing about Rings is that I didn’t give a damn about any of the ridiculous ways that characters continually explain the same situation over & over to anyone who’ll listen to them. The near continual exposition grinds the film to a screeching halt almost immediately, and it never recovers. There’s an action scene 3/4 of the way through that’s so reminiscent of one of last year’s bigger genre films, that it’s readily evident that the film underwent at least a few re-shoots to take advantage of whatever was hot at the box office. Actually, Rings was supposed to be released back in 2015, but kept getting pushed back in the schedule. It’s obvious that the film has been edited, and re-edited more than a few times in the interim, but none of those edits helped to make it any more interesting or scary (It isn’t scary in the least). 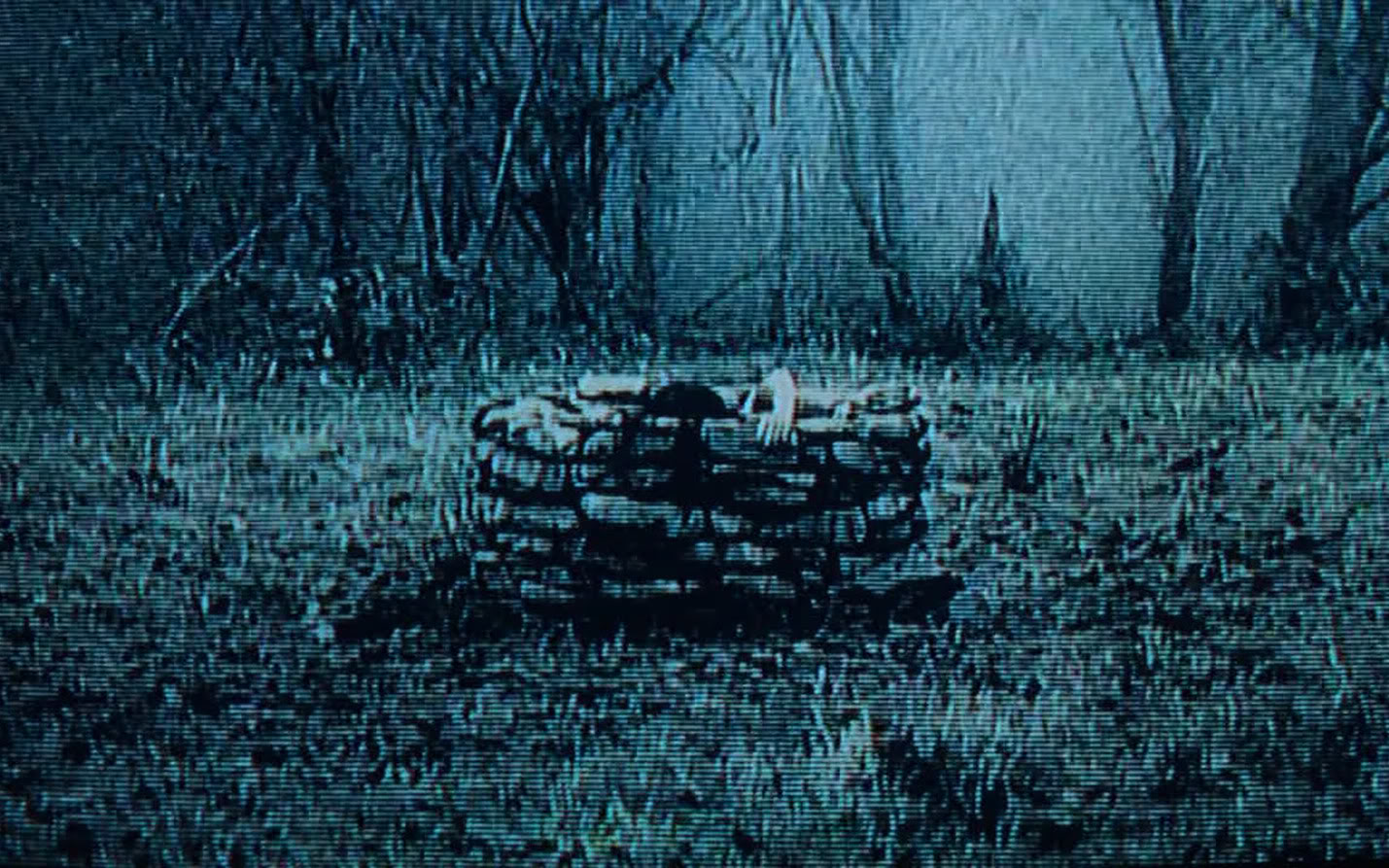 At least the performers seem to be putting their hearts into it, but since they barely make an impression none of that earnestness really matters. Lutz is very easy on the eyes, but she basically just makes funny faces at the camera as she tries to act. Roe is no better, and I’m pretty sure D’Onofrio demanded his character wear sunglasses constantly (Can’t hide behind those shades Vincent). Director Gutierrez seems to be trying hard, but the horribly convoluted and dull script thwarts him at every turn. Simply put, Rings is a crashing bore that exists only because Hollywood doesn’t care to develop a genre script that’s different, or unique. Hopefully, this film won’t do any significant business, because if it does we can expect yet another sequel featuring dirty wet Samara. Do yourselves a favor and watch Samara v Kayako instead, it’s silly but it understands the inherent strengths of both its lead characters, and doesn’t bore the audience with needless exposition. Plus, it’s a lot of fun – something Rings isn’t.

PS – If you’ve seen the TV ad for this film, you should be alerted to the fact that both the beginning and the end of the film are featured in it. So you’ve basically seen the best(?) parts of the film, but without all of the ridiculous exposition. See what I just did there? I saved you at least $12-15! 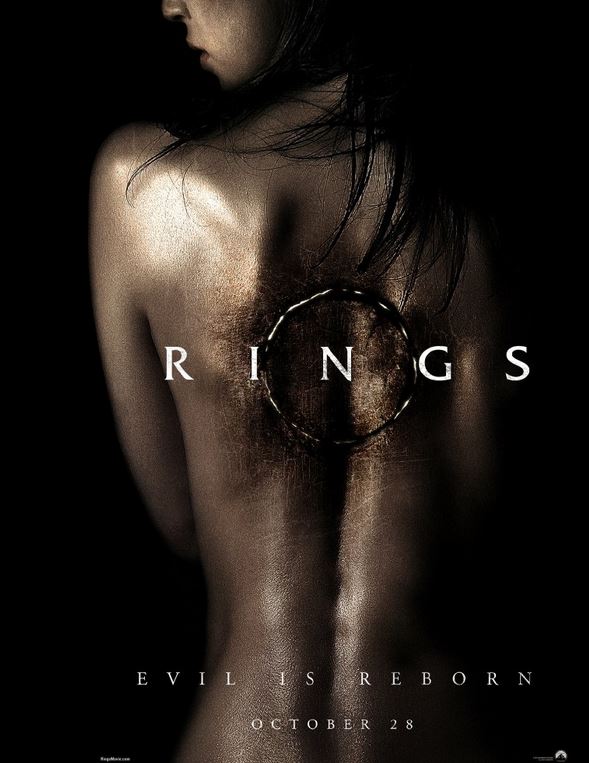