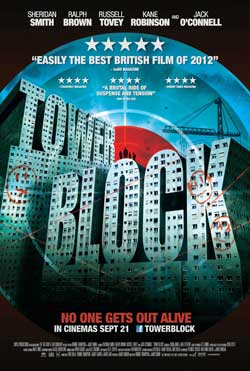 The last few residents on the top floor of a condemned high-rise apartment block are threatened by a sniper. As they are picked off one by one, the residents make an increasingly desperate series of attempts to escape.

This is a good example of what I call a ‘dirty vest’ movie, namely a film where the heroine is really put through the wringer, gradually removing her clothes until, by the climax, she’s left in just a blood, sweat and tear-stained white vest. The heroine in this particular case is Sheridan Smith, a British TV and stage actress who leads a cast of faces that will be familiar to audiences in the UK but likely to provoke a response of ‘who?’ pretty much everywhere else. 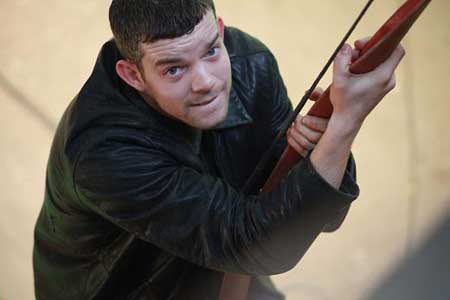 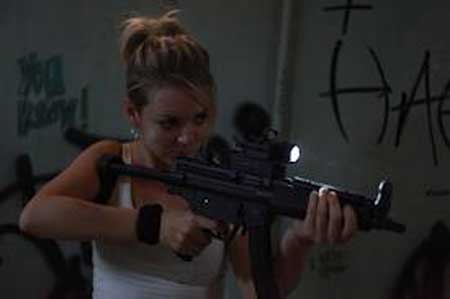 A pre-credits sequence shows a young lad being pursued across a housing estate by two hooded thugs who chase him up to the top floor of Serenity House, a condemned tower block where a handful of residents remain, awaiting rehousing by the local council. Desperately banging on doors, pleading for help or sanctuary, the lad is eventually dragged off and beaten to death. Only young singleton Becky (Sheridan Smith) opens her door and is herself heavily beaten for it.

Investigating the crime is DC Devlin (Steven Cree), an intense policeman who is horrified by the lack of co-operation he gets from the people in Serenity House. No-one is prepared to come forward as a witness, even though their silence will only allow the murderers to get away with their crime. Even Becky refuses to get further involved. Meanwhile a callous property developer (Christopher Fulford) takes a demolition expert up to the roof in preparation for the building’s destruction. He bemoans the fact that progress is being held up for the sake of a few stragglers. 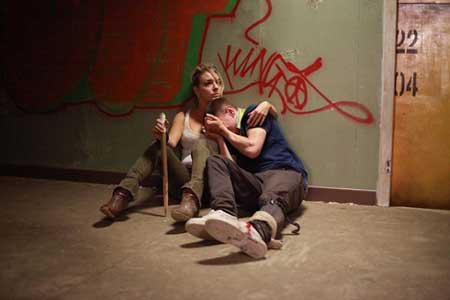 Some three months later, as the residents are just getting up on a sunny Saturday morning a hail of bullets rips through the windows of the top floor apartments. Several people are killed instantly, leaving the rest panicked and terrified. Becky attempts to take charge, aided and abetted by her neighbours: among them are alcoholic Paul (Russell Tovey, from BBC TV’s horror series BEING HUMAN); violent drug-dealer Kurtis (Jack O’Connell); short-tempered mum Carol (Julie Graham) and Battleground 3-obsessed son Daniel (Harry McEntire); single mum Jenny (Montserrat Lombard) whose infant children were killed in the initial firing; devoted middle-aged couple Neville and Violet (Ralph Brown from cult classic WITHNAIL & I, and Jill Baker); and feckless drop-outs Gary and Mark (Nabil Elouhalabi and Kane Robinson). 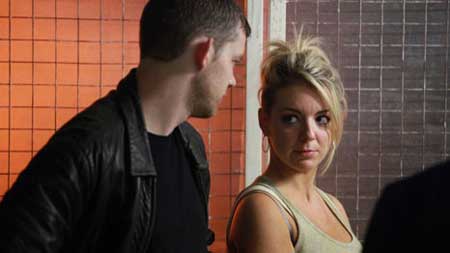 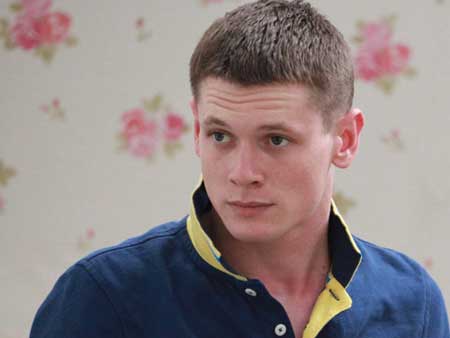 What follows is a familiar pattern of doomed escape attempts, heroic self-sacrifice, bad guys making good, good guys making bad and a succession of bloody deaths, usually accompanied by apocalyptically foul language. Apart from the foul language, it’s a template that was laid down decades ago – most notably in the big budget disaster movies of the 1970s – and has been used many times over, primarily because it’s incredibly effective. TOWER BLOCK isn’t original but it’s undeniably gripping and makes for a compelling, if slightly dispiriting, 90 minutes. 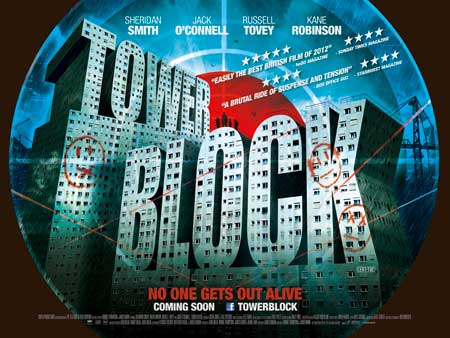 I say dispiriting because while it’s to be praised for showcasing characters from Britain’s working class (some would say underclass) in an action movie rather than social realism, TOWER BLOCK sometimes feels like an assault on your senses, offering little more than beatings, thuggery, shouting and death. I tried hard to detect some sort of intent on the part of directing team James Nunn and Ronnie Thompson to provide a context for the action but had to admit defeat. The film’s most charismatic character, Kurtis, is a drug-dealing protection racketeer who is only fractionally less reprehensible than the masked sniper who is picking the residents off. 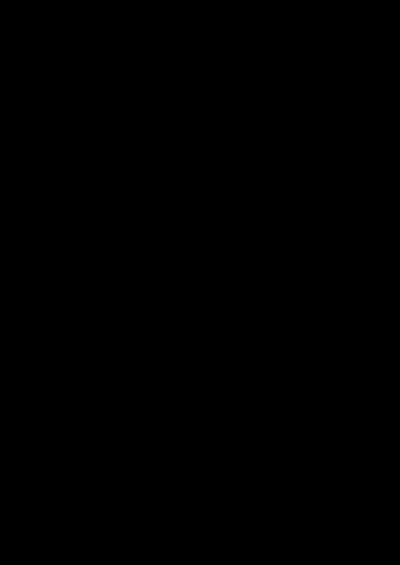 Overall I’d say TOWER BLOCK is worth checking out because it’s an uncomplicated action thriller that delivers the goods. It’s well performed by a good cast and put together with skill and economy. It doesn’t take any prisoners though and by the end you’re likely to feel as bruised and battered as Sheridan Smith in her dirty vest. 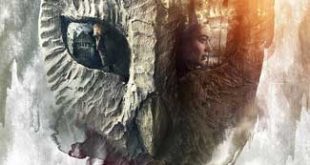