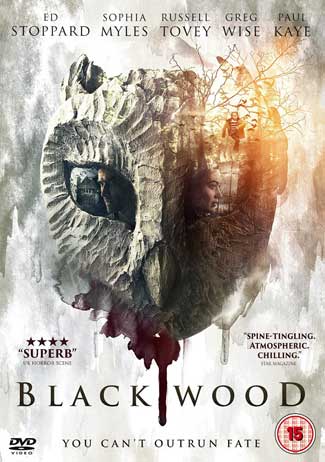 A college professor moves into a new house with his family only to start having haunting visions related to a local unsolved mystery. Is the supernatural at work here or is he just out of his mind?

I really wanted to like Blackwood as I thought that it might actually be pretty entertaining and at least a little creepy. Unfortunately I was wrong on both counts. Instead it was a very predictable, by-the-numbers suspense/thriller that didn’t really contain any suspense (or thrills, for that matter). It reminded me a lot of a watered-down version of the 1980 classic The Changeling (as well as a ton of other similar movies) and I can’t say that I was impressed. Instead of being creeped out by this film I found myself feeling more bored than anything and I saw the big twist toward the end coming about 20 miles away. I didn’t think that this movie was anything special and it certainly didn’t bring anything new to the table, so as a result I can’t really say that I enjoyed it.

What was the biggest flaw of Blackwood? How about the fact that it is extremely dull. I’ll admit that I didn’t go into it expecting it to be full of action and one cool death scene after the other, but I didn’t think that it would be quite as boring as it turned out to be. Pretty much nothing worth mentioning happens for the first half hour or so and even then I still couldn’t help but feel bored silly. This movie features a very, very, slow build up and to be honest the payoff in the end isn’t quite worth it. To me it was sort of like riding a roller coaster that moved up that first big hill at an extremely slow rate of speed and once it finally got to the top it came to a screeching halt and slowly backed down the hill the way it came instead of screaming forward over the edge. Needless to say there is way too much build up going on in the first half of this movie and I expected one hell of an awesome ending to make up for it but it just wasn’t to be.

Another issue I had with the movie was that it was totally and painfully unoriginal. Off the top of my head I can name at least 10 movies that had a very similar plot (and all of them were a lot better than this film in my opinion). I know that it can be somewhat hard to come up with an original idea in the world of horror these days as it seems like almost everything has already been done but it’s almost like J.S. Hill (who wrote the script) didn’t even try. The film is full of tired clichés usually associated with this type of movie and it just felt like I’d already seen it all many times before (probably because I have). To be brutally honest if you have seen any suspense/thriller dealing with possible ghosts and some sort of unsolved mystery in the last 20 years or so then you have pretty much already seen this movie. 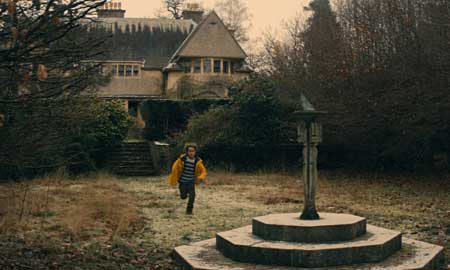 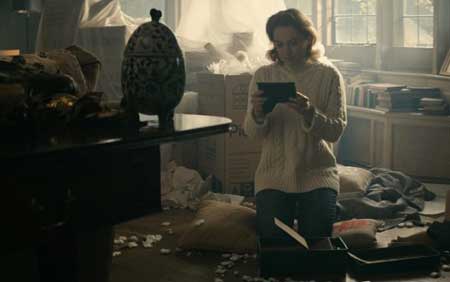 I also just didn’t like the main character (Ed Stoppard). I thought that he was sort of an annoying, unlikable asshole and for the biggest majority of the film we see him treating everyone around him (especially his wife and son) like garbage. It was really hard to me to feel any sympathy for the character, much less root for him and I really didn’t care what happened to him when everything was said and done. I’m not saying that Stoppard is a bad actor, mind you, but I just don’t think that he had a lot to work with this time around thanks to the movie’s overall poor writing. As I’ve said many times before it is very hard for me to like a movie when I don’t care for the characters (especially the main one) and that was the case this time around. I really didn’t have any feelings for any of the other characters either as most of them just were sort of there to begin with and didn’t really stand out in any way.

I just wasn’t feeling Blackwood. I thought that it was boring, unoriginal, and I really have a hard time actually calling it a horror film (or a suspense/thriller for that matter) since it was basically just a really dull drama more than anything else. Nothing about it really stands out about it and I’m sure that by this time next week I will have already forgotten all about it. By no stretch of the imagination would I consider it one of the best movies I have seen so far this year and as such I have a very hard time recommending it. Skip it unless you enjoy being bored.