So, what would happen if you got Joel and Ethan Coen and Sam Raimi together in a room? CRIMEWAVE, that’s what. A cult hit crime / comedy classic CRIMEWAVE is going to be making its long overdue Blu-ray debut on May 14th thanks to those wonderful film fans over at SHOUT Factory.

Details arrived in my inbox this morning and while details are still a little thin (no special features announced yet) it’s great to know that this one is heading our way soon.

Starring LOUISE LASSER, PAUL L. SMITH, BRION JAMES, SHEREE J. WILSON, EDWARD R. PRESSMAN and BRUCE CAMPBELL and written by The Coen Brothers and Raimi the studio has the following to say about the project:

To preorder this one CLICK HERE and do it now. 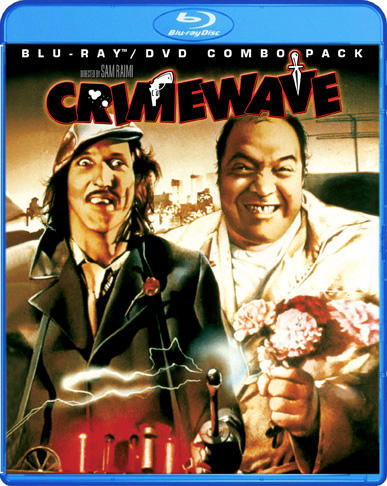