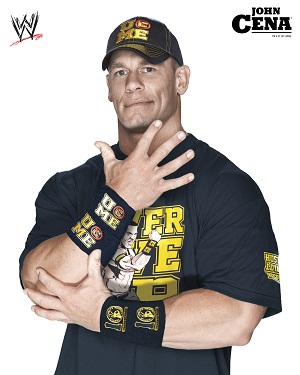 NEW YORK, January 31, 2013 – Wizard World has fast become the place for fans to meet top WWE® stars, continuing this May/June with appearances by WWE® Superstars John Cena® and Daniel Bryan® at Wizard World Philadelphia Comic Con at the Pennsylvania Convention Center. Cena will meet fans, sign autographs and pose for photo ops on Thursday, May 30, from 3:30 – 7:30 p.m. Bryan will do the same, as well as conduct an interactive Q&A panel, on Saturday, June 1, from 12:30 – 3:30 p.m.

Cena combines his athleticism, charisma, strong work ethic and genuine personality to make him one of the brightest stars in WWE and its top-rated cable program, Monday Night RAW on the USA Network. He has been featured in People magazine as the “Sexy Man of the Week,” as well as in Men’s Fitness, Flex and USA Today. He has appeared on Saturday Night Live, The Tonight Show, Live with Kelly and Michael, Late Night with Jimmy Fallon, Late Night with Conan O’Brien, Jimmy Kimmel Live, and numerous other national TV programs. Cena devotes much of his time working on behalf of numerous charitable causes including the Make-A-Wish Foundation and Susan G. Komen for the Cure. This past June, Cena set a Make-A-Wish record granting his 300th wish and is widely recognized as the only celebrity to reach the 300th wish milestone. In September 2012, Cena led WWE’s partnership with Susan G. Komen for the Cure during its month-long campaign to help cure breast cancer. Cena wore special co-branded, pink and black ring gear and fans were able to purchase the merchandise. WWE donated 100 percent of its profits to Susan G. Komen for the Cure, helping raise $1 million for breast cancer research and awareness. 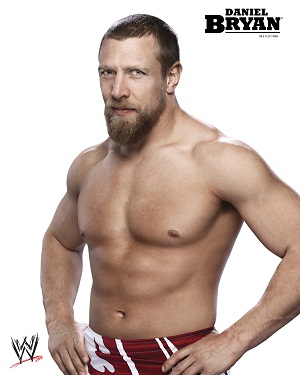 Trained by WWE Hall of Famer Shawn Michaels, Bryan honed his craft by competing on the independent wrestling circuit for 10 years. The pinnacle of Bryan’s career was achieved when he cashed in the Money In The Bank suitcase and pinned the Big Show to capture the World Heavyweight Championship at the TLC pay-per-view on December 18, 2011. Bryan is also active in WWE’s pro-social initiatives.

“John Cena is a once-in-a-generation athlete, performer and entertainer. And more importantly, an incredible humanitarian,” John Macaluso, Wizard World President and CEO. “After witnessing the massive crowds that came to see John in Chicago last year, we knew we had to have him back. And we are ecstatic John has decided to come to Philadelphia.”

“I’m glad to be back at Wizard World, I had such an amazing time meeting the fans last year in Chicago,” said WWE Superstar, John Cena. “I can’t wait to see the northeast Cenation fans at Philadelphia Comic Con!”

“Yes! Yes! Yes! was the chant we heard over and over again from our fans at last year’s Philadelphia Comic Con,” said Macaluso. “We knew at that moment we had to bring in Daniel Bryan, and we are thrilled to have him!”

“I’m looking forward to my first Wizard World Comic Con and meeting all the great fans in Philadelphia,” said WWE Superstar Daniel Bryan. “I heard they were chanting my name last year, so I am glad to be able to see everyone in person this year!”

Cena and Bryan join popular celebrity guests Stan Lee, Summer Glau, William Shatner, Manu Bennett and James Marsters among the headliners at Wizard World Philadelphia Comic Con. They will be joined by a high-level collection of well-known artists and writers and a variety of activities, exhibitors and special attractions in the second largest event on Wizard World’s expanded 2013 calendar.