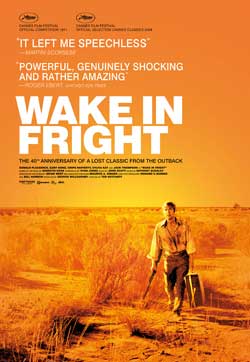 Wake in Fright is the story of John Grant, a bonded teacher who arrives in the rough outback mining town of Bundanyabba planning to stay overnight before catching the plane to Sydney. But his one night stretches to five and he plunges headlong toward his own destruction. When the alcohol-induced mist lifts, the educated John Grant is no more. Instead there is a self-loathing man in a desolate wasteland, dirty, red-eyed, sitting against a tree and looking at a rifle with one bullet left…

To offer a condensed summary that begins to even scrape the grimy surface of “Wake in Fright” is a woeful disservice to a truly remarkable and garish work of art.  It would also prove to be as impossible as sharing a very intimate joke with a complete stranger.  In other words, you just had to be there to get it.  A slow burning descent into madness; a delirious waking nightmare; a travelogue through a tiny pocket of Hell.  Any one of these catchy critic tag lines could be used to describe, yet all fail quite miserably in the task.  As oppressive as the brutal Outback sun, yet bristling with underlying complexity that will haunt you, “Wake in Fright” is something else indeed.  Damn, what a movie. 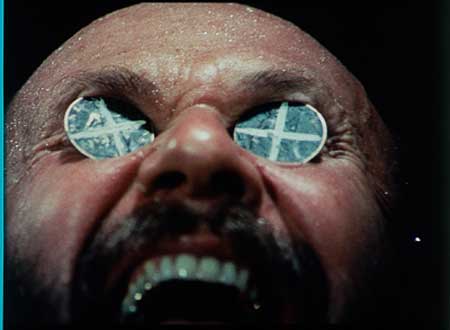 Based on the novel of the same name by Kenneth Cook, “Wake in Fright” (the title is inspired by a curse, which is a telling tidbit in itself) was released in 1971 to favorable reviews and empty theater seats.  Reviled by mainstream audiences worldwide with the obvious exception of those wonky French, it dissolved into obscurity and was presumably lost forever until 1996, when an original negative print was discovered in an abandoned factory in Pittsburgh.  A lengthy legal battle and thirteen years later, longtime admirer Martin Scorsese presented the fully restored print at Cannes, where it was the belle of the ball.  I imagine the French rolling their eyes at the unanimous applause, a knowing “We told you so!” look across their smug countenances.  It has since been further gussied up for its overdue Blu-Ray release this year, and any self-proclaimed moviephile worth their salt needs to see it yesterday.

Directed with a sparing flair and attention to each and every detail by Ted Kotcheff (“First Blood” and “Weekend at Bernie’s”, amongst countless others), we begin our odd journey in the remote Outback village of Tiboonda, Australia.  The opening shot, depicting a sprawling vista of endless desolation, is foreshadowing at its most unpretentious.  The camera settles on an isolated schoolhouse, where British teacher John Grant (Gary Bond) sits moments from his Christmas holiday, eyeing the clock and just as fidgety to get out of there as his apprehensive charges.  He is to spend his hiatus in Sydney, where a comely girlfriend never mentioned by name and seen only in idyllic flashbacks awaits him.  Before catching his plane, he first must endure a layover in Bundanyabba, a town that appears to be populated entirely by hopeless alcoholics.  This raw depiction of Outback life apparently upset Australians to no end during its initial release, and rightfully so.  Personally, I thought “The Yabba” was my kind of burg, where a request for a glass of water is met with a slightly aggressive “Water’s for washing” and a can of beer.  This appreciation did not hold for long. 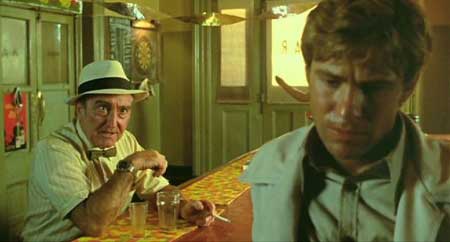 John soon becomes bored in his cramped and suffocating hotel room, deciding on a quick venture out to the watering hole up the street for a drink.  There, he meets sole lawman Jock Crawford, portrayed with spot-on gusto by Chips Rafferty in his final feature film role.  Jock, like every other pub crawler and pink-faced patron, seems to have a bottomless stomach for the local brew.  Unfortunately, John does not, and soon drunkenly loses his vacation money playing a simple gambling game in which the object is to guess heads or tails on a coin flip.  Further credits to Kotcheff for creating an atmosphere of sheer suspense and excitement over such a mundane scenario.  As our antihero is down to his very last toss, the build and payoff are just as riveting as the largest spectacle of final second fury capping off any recent sports saga.  No amount of praise is worthy enough for music composer John Scott, whose original score wavers through wild mood swings like the tonal shifts it enhances, from playful to foreboding to “Oh crap, we are in deep now” without missing a single beat.  Like nearly all of “Wake in Fright”, it is flawless.

Down to one dollar and just this side of a complete blackout, John teams up with medical practitioner and self-appointed town drunk “Doc” Tydon, leading this swiftly darkening odyssey down even bleaker and possibly inescapable corridors.  I will not patronize the genre knowledge of our dear readers by rattling off the boundless credits of  Mr.Donald Pleasence, predominately to conserve space needed to properly convey the awe I found myself engulfed in by his performance as Tydon.  Blissfully inebriated and constantly bearing a wry grin that hints at knowledge of secrets the crazed “Wake in Fright” universe will never reveal to anyone else (including the viewer), he is genius in his actor’s invention.  Pleasence so effortlessly stitches his not-so-good doctor into the authentic, dusty fabric of The Yabba, the name of “Loomis” will never once cross your mind as he’s onscreen.  This is not exaggeration, folks.  You will completely forget that other role he was to inhabit seven years after making “Wake in Fright.”  He’s that freaking good. 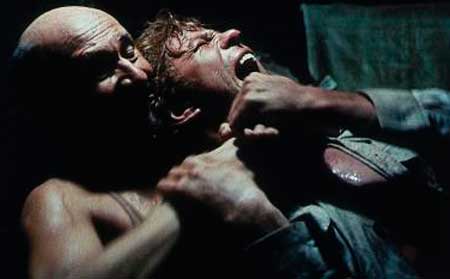 Through Tydon, accompanied by John’s crumbling sanity and inhibitions, we are introduced to an even more subtly menacing menagerie of inhabitants, nearly all of whom would have both David Lynch and John Waters checking their watches and mentally running through excuses to leave after eighteen seconds of interaction.  Sylvia Kay, as the coldly amorous daughter of a kindly landowner named Tim (Al Thomas), instigates one of filmdom’s most uncomfortable sexual encounters, and that’s including the entire Lynch and Waters portfolios.  Also joining the party are affable rowdies Joey (Peter Whittle) and Dickie, played by then soon-to-be international star Jack Thompson, who will be shortly on hand in Baz Luhrmann’s long-awaited (not by me, just to clarify) adaptation of “The Great Gatsby.” 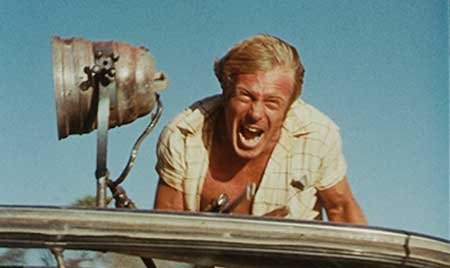 Divulging any further the depths “Wake in Fright” dives fearlessly into would be a crime, because each unfolding frame of celluloid is a piece to a psychological puzzle never to be sufficiently assembled, regardless how many repeated viewings you treat (or cruelly subject, depending on how one looks at it) yourself to.  It leaves little to the imagination, yet so much to blind interpretation.  As we sit transfixed by a bawling, huddled John in a hypnotic crescendo of hopelessness, shakily holding a rifle to his sweat-soaked temple and willing himself to pull the trigger, we suddenly realize to our horror that we are every bit as lost as he is.  You will not merely watch “Wake in Fright.”  You will feel it in your bones. 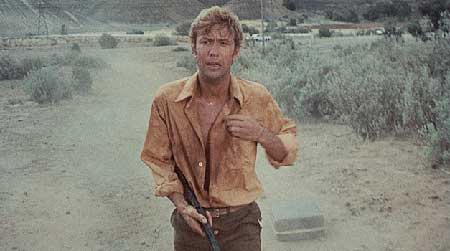 Though the entirety of “Wake in Fright” is not for all tastes, one scene in particular must be brought to the attention as a disclaimer.  In quite possibly the most disturbing five minutes I have witnessed in all my years of desensitized gore viewing, John joins Tydon and the boys on a nightly kangaroo hunt.  These moments, with the permission of the animal welfare commissions in both Australia and the United Kingdom, were filmed during an actual professional shoot.  The violence depicted here, unlike the absurd arterial sprays and severed rubber limbs we usually cheer for within the twisted confines of our happy website, is very, very real.  As with every other molecule of “Wake in Fright“, Kotcheff and crew are unflinching to the point of punishment, daring us not to turn away from it.  You may wish you had. 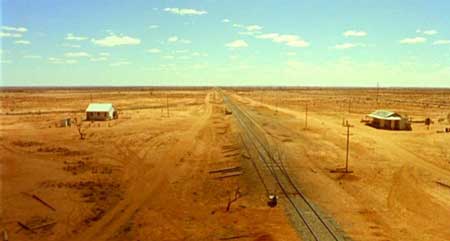 There exists an earlier release that loses this scene almost completely and clocks in at a lean 99 minutes.  However, I suggest to those of you who adore the experimentation and deconstruction of universal archetypes that cinema of the 1970’s embraced, suck it up and watch the original cut, even if you end of hating yourself a bit after.  Interestingly enough, I’ve read that both Nick Cave and Robert Mitchum have listed “Wake in Fright” as one of their all-time favorite motion pictures.  I think I’ll join them.