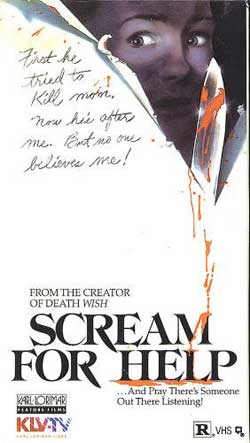 High school student Christie suspects that her stepfather is trying to kill her and her mother. Unfortunately no one believes her, even when people start dying around her in a series of mysterious accidents. Is her stepfather behind these deaths or is Christie just out of her mind?

I remember watching this movie one Sunday night with my mom back in 1987 (if memory serves me correctly we also watched Creepshow 2 the same night). While it isn’t really a horror film and falls more into the suspense/thriller category I really liked it the first time I saw it (thanks in part to the fact that I thought Rachael Kelly-who plays Christie-was a real hottie). I was thrilled to death to have the opportunity to watch it again recently, and while it may have been a little cornier than I remembered it being I still dug it and thought that it was a pretty damn good movie. It was written by the always excellent Tom Holland, so you know when the guy who was responsible for scripting classics such as Fright Night, Child’s Play, The Beast Within, and countless others is handling the writing duties you are in good hands. The man is scary talented and can do no wrong in my opinion, so it came to no surprise to me that he delivered as usual this time around and as a result Scream for Help is a winner. 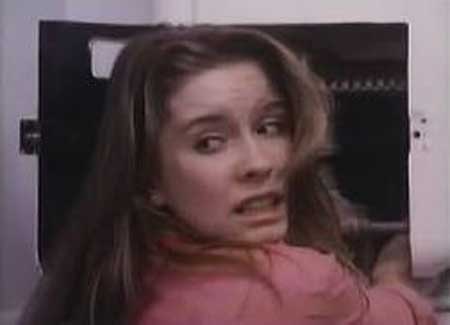 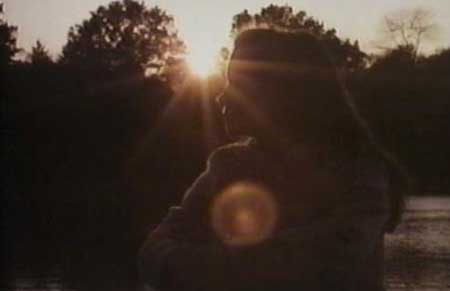 For some unknown reason there are a lot of negative reviews for the movie if you look it up online. I don’t get why so many people feel the need to bash it as it isn’t a bad movie at all, but some of the reviews that I read for it made it sound like one of the worst movies ever made. If you run across any of these reviews before you see the film for yourself take my advice and don’t believe them as I think that they are unfair and far from accurate. I think that one of the reasons so many people didn’t like it is due to the fact that they just weren’t the target audience for it. The movie isn’t for all tastes, so naturally if it isn’t your kind of flick you aren’t going to like it no matter what. With that being said, I think that the majority of reviews that I read for it were written by people expecting it to be a hardcore horror film with gallons of blood and guts, which it isn’t. I’ll admit that it isn’t the greatest movie in the history of cinema and it does has its share of problems, but at the same time I enjoyed it and thought that it was a lot better than many reviewers said it was. 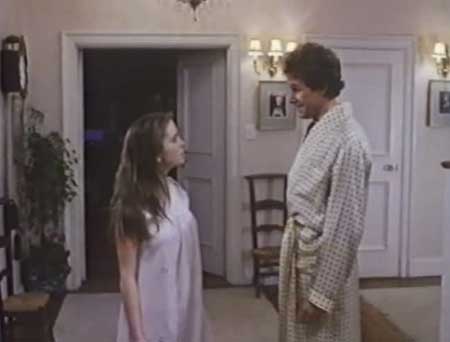 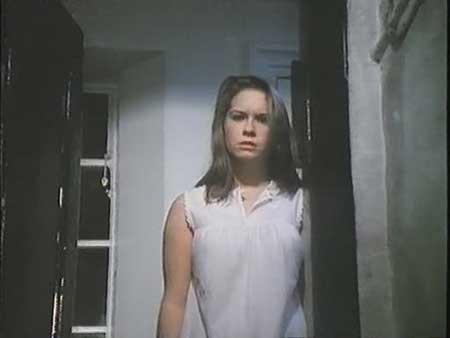 One of the main reasons that I liked it (aside from the fact that I just really liked the premise) was due to the fact that Rachael Kelly owns the role of Christie. In addition to being very easy on the eyes (is it just me or does she look a lot like a young Holly Marie Combs?) she makes the viewer really care about the character. Some people have argued that Christie is an annoying character, but I have to disagree (though it is sort of weird that she keeps using her stepfather’s full name instead of just his first name every time she talks about him). I thought that she was a very likable, intelligent, resourceful character and I don’t think anyone else could have played the part as well as Kelly did. I’ll admit that I had a huge crush on her the first time I saw the movie (in my twelve-year-old mind she was nothing short of beautiful and amazing) and even after watching it again recently for the first time since I still found her to be quite awesome. It’s too bad that she never really did anything after this film as she had potential to be quite the scream queen. 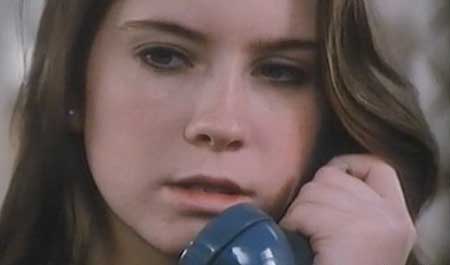 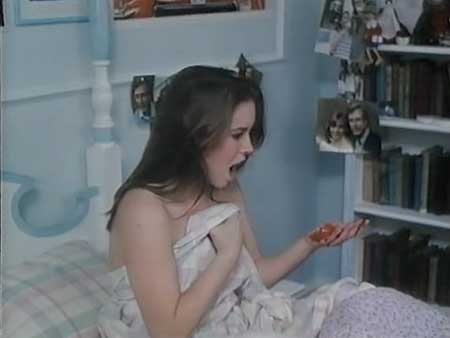 All in all Scream for Help is a pretty kick ass movie. In my opinion it is a hidden gem from the 80’s that many viewers will love if they give it a chance. It has just the right amount of suspense (the last thirty minutes or so are pretty damn tense at times) and while it is sorely lacking when it comes to some fun death scenes (we only get an electrocution, a vehicular hit-and-run and a stabbing) I really didn’t mind at all (which is weird for me as shows just how good this movie really is since I love my bloody and violent death scenes). It isn’t for everyone, but if you are in the mood for something a little different then check out this movie. 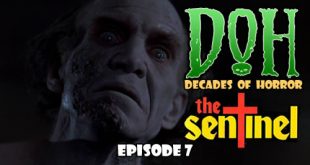 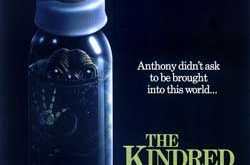