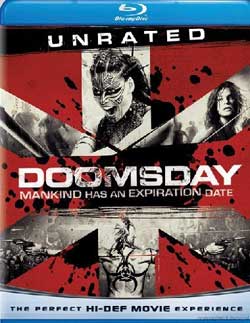 A futuristic action thriller where a team of people work to prevent a disaster threatening the future of the human race.

When I received this current pack of movies to review and I saw that one of them was titled “Doomsday,” well, I just had to watch it before December 21st. Kinda set the mood. Needless to say this movie doesn’t have anything to do with the Mayans. What it does have to do with is one nasty virus. 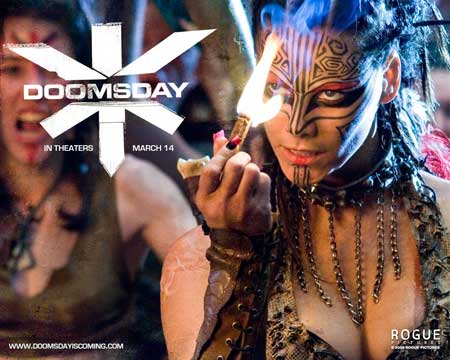 Yes, Doomsday falls into the viral epidemic sub genre, which then usually branches off into either two directions. One, the virus turns people into zombies or any other type of your favorite flesh-eater and all sorts of havoc ensues. Or two, the virus wipes out all but a few remaining survivors, who in turn start to turn on each other and all sorts of havoc ensues. Doomsday falls into the latter scenario.

I will say this. It starts off with a killer intro. Doesn’t hurt that the voice over is done by Malcolm McDowell. I have to admit I’m a sucker for these kinds of openings. As images of the virus spreading are seen, we get to hear, “Like so many epidemics before, the loss of so many lives began with a simple microscopic organism. It’s human nature to seek even the smallest comfort in reason, or logic, for events as catastrophic as these. But a virus doesn’t choose a time or place. It doesn’t hate, or even care. It just happens.” 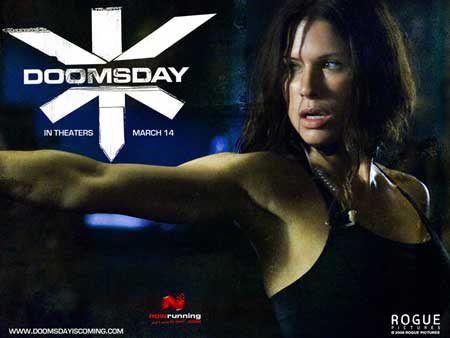 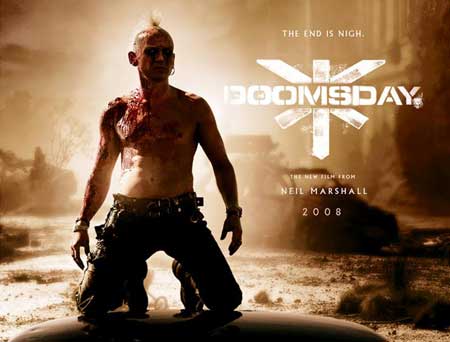 With that we are given a short synopsis of how the virus essentially wiped out Scotland. So bad, in fact, that a massive wall was built and the country, for all intents and purposes, was quarantined. Shut off from the outside world. The people inside were told to sit and wait for help to come. It never did.

Some thirty years later we find ourselves in London and wouldn’t you know it, these dang viruses just won’t go away. A new outbreak is starting and a cure needs to be found. Lucky that the government has been using satellites to monitor any ground activity in Scotland and lo and behold, there appear to be survivors. Do they hold the key to the cure? Enter one super badass military specialist named Eden Sinclair (played by the wonderful Rhona Mitra). She is given the task of going into the quarantine zone to find out. She only has forty-six hours to do so and if she fails, well, they simply tell her not to bother coming back. And of course as horror fans we know this isn’t going to go smoothly. 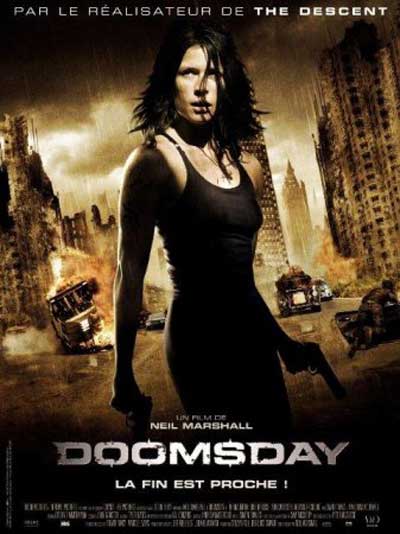 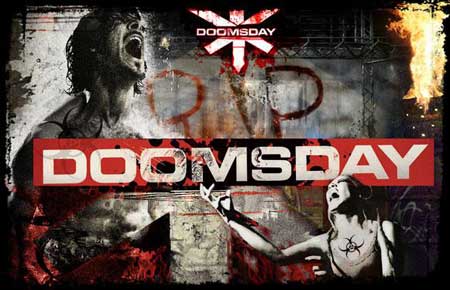 Overall I would have to say I liked this movie. It’s not without some faults but the pacing is quick and the action fairly consistent. I will mention this: if you like to see hordes of people being gunned down in droves, blood spurting everywhere, boy is this the movie for you.

Director Neil Marshall (who also did the very good film The Descent) doesn’t shy away from blood. That said, it never feels over the top. The same can’t be said for the action. Definitely over the top and some of the sequences will leave you shaking your head in disbelief, especially the car chase at the end. Don’t get me wrong, I liked it, but in a weird, crazy way. 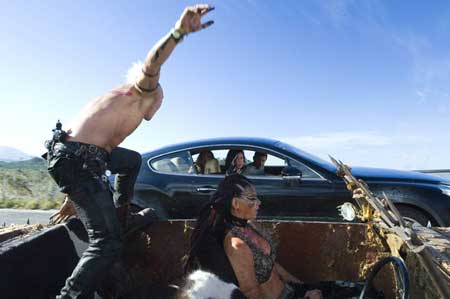 The acting is above par with the standout being Rhona Mitra as Eden Sinclair. She just rocks this movie. Good to see Bob Hoskins as her mentor. Of course Malcolm McDowell rarely disappoints and that is the case here. His time may be limited but he makes the most of it.

I do have to say that I find it very interesting that when a society is shown to be in decay, the wardrobe of choice is leather, body piercings and colored mohawks. Very punk, I know, and it fits the whole anarchy feel but would it hurt to just once do something a little different? 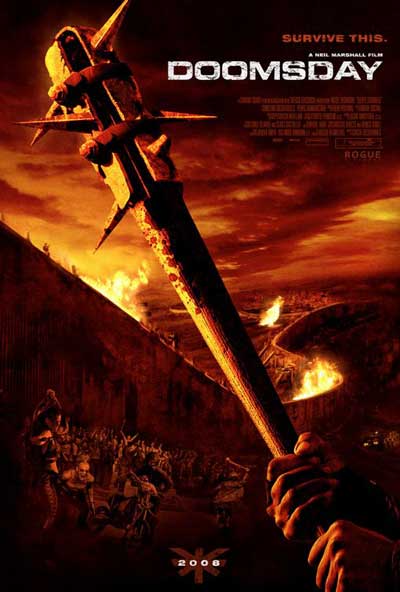 In the end I would say rent this movie, especially if you like the virus subgenre. Of course this won’t be for everyone, in all honesty some parts are just a little strange. But from a pure silly, fun entertainment point of view, Doomsday is worth the watch.