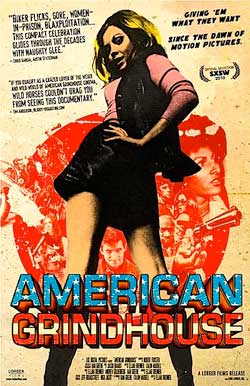 A documentary about the history of exploitation movies, from the silent movie era to the 1970s.

Before I begin let me first state that I love film history and film trivia. I look forward to the DVD extras that in many cases are longer than the actual film they accompany. I love the insights you get from directors, actors and producers; those little snippets of information the audience would never normally be party to. I want to know the thoughts and motives behind famous scenes or classic lines and the way a film or theme may have developed through the production process as described by the persons involved. Therefore when I sat down to watch this film I was expecting to enjoy the experience. 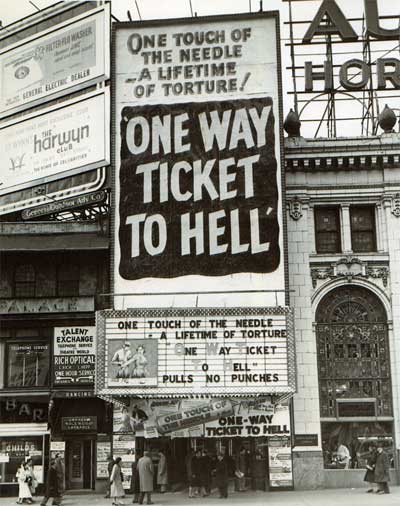 American Grindhouse is a documentary detailing the history of grindhouse and exploitation cinema from it’s birth in 1913 through years of changing themes to the modern day, identifying why it came about and the legacy left behind. There are interviews and soundbites from many of the people involved and film clips showing some of the more famous, or infamous, examples of the genre. We are taken on a journey through the occasionally questionable history from the early work of Thomas Edison and the early 20th century to the unquestionable strangeness of the sex hygiene and information films of the 1940’s right up to the gore and violence of the 1970’s. 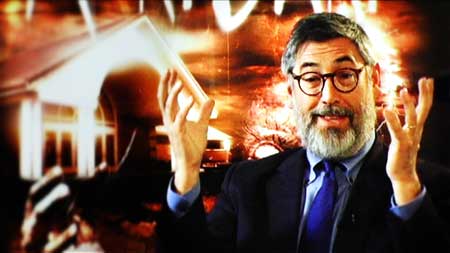 In my opinion a documentary as a film is a difficult project. When one appears on television I suspect that the majority of the watching public have an interest in the subject matter, a prior knowledge perhaps, but when that documentary is moved to the cinema then it needs to grab the attention of the casual audience. The film needs to welcome them in and tell it’s story clearly and in such a way as keep the uninitiated hooked. The best example I can think of for this is Touching The Void. Personally I have little or no interest in mountaineering but the film was a fantastic telling of how a climb can go wrong. In American Grindhouse the producers do seem to assume the viewer has a little basic knowledge and doesn’t need spoon feeding the basics and, while I have no problem with this, I suspect some may still be wondering what the difference between grindhouse and exploitation cinema is, even when the film is over. The best description comes from John Landis who says that it is basically the film maker exploiting any theme such as sex or violence for profit rather than for artistic merit. Ultimately, as he continues, “it’s all about the money!” 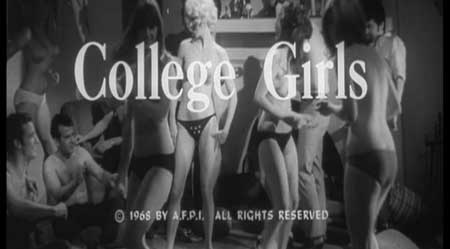 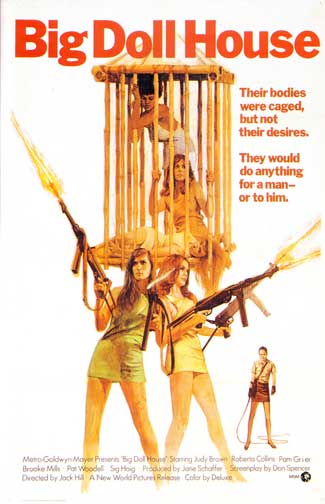 As I said earlier the viewer is guided through the film by a series of talking heads who have either been involved in the industry or who have studied it. The changes in theme and era are described clearly and enthusiastically and the audience is never confused by what they are watching. Among the more notable speakers are Joe Dante (The Howling, Gremlins), Herschell Gordon Lewis (Two Thousand Maniacs, Blood Feast) and the excellent John Landis (Schlock, An American Werewolf In London). The latter provides the most insightful and amusing quotes and has an enthusiasm for the subject that is impossible to ignore. The director Elijah Drenner never dwells for too long on one contributor and the film is well edited to keep the pace moving along briskly. 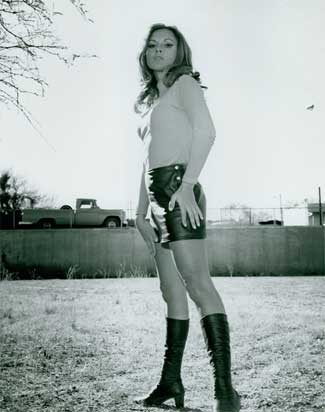 American Grindhouse is a thorough and well researched piece of work which is obviously made by people with a passion and understanding of the genre. If I had one complaint it would be that it is just a little too short. At 80 minutes I suspect that a lot of footage remained on the cutting room floor as some themes were skipped over a little too quickly. I would have liked to have know more about the Russ Meyer period and perhaps the horror films of the late 1960’s and early 1970’s could have benefited from a little more attention following the change in attitudes to gore on the screen. 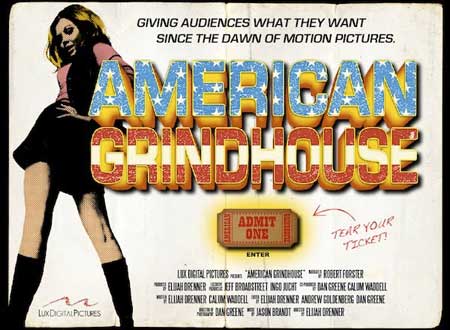 Perhaps though this is a personal point and on the whole I enjoyed American Grindhouse very much and believe that for the majority of the audience the film will find the right balance. It was entertaining and informative and I came away with a list of films I wanted to look up. I would recommend everyone to watch this as whether you have a prior interest in the subject or no knowledge at all it will intrigue and interest you. You may love it or you may find some it distasteful but at the end of the day, isn’t that the point of grindhouse and exploitation cinema?