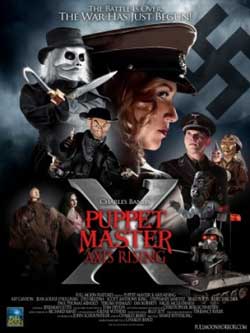 After foiling a plot to blow up an American arms plant, Danny Coogan and his girlfriend, Beth, quickly find that their troubles have just begun. One of Toulon’s mysterious Puppets has been kidnapped by the Nazis, and under the wicked, watchful eye of the occultist Commandant Moebius, the Puppets’ life-giving serum is synthesized to create a master race of unstoppable soldiers. Moebius plots to assassinate the highly-decorated General Porterto deliver a crippling blow to the American war effort, but his experiments are not ready. A Nazi Scientist uses the serum to create their own superior race of Nazi puppets in the form of Blitzkrieg, Weremacht, Bombshell and Kamikaze! Danny and Beth, teamed with craggy Sergeant Stone and Toulon’s Puppets, are no match for Moebius and his war machine. It is up to Blade, Pinhead, Leech Woman and Jester to revive their own secret weapon to stop the axis rising!

Puppet Master X: Axis Rising is the tenth official entry in the long-running Puppet Master series, but its chronology is a bit more complicated than that. It’s a direct sequel to 2010’s Puppet Master: Axis of Evil, which technically takes place after Puppet Master III: Toulon’s Revenge, which itself is a prequel to the original Puppet Master. Are you confused yet? 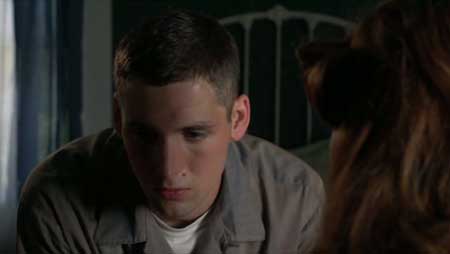 Axis Rising picks up right from Axis of Evil’s flagrant open ending. While World War II wages on, a battle continues on the American homefront. Although they thwarted a group of German and Japanese enemies from blowing up an American arms plant, Danny Coogan (Kip Canyon) and the mystical puppets created by Andre Toulon are far from finished with their duty. With their confidant Tunneler in Nazi captivity, the remaining puppets – Blade, Pinhead, Leech Woman and Jester – seek vengeance, once again teaming with Danny and his girlfriend, Beth (Jean Louise O’Sullivan), to save the day.

Axis Rising introduces a handful of Nazi puppets to the Puppet Master cannon, which, as you may expect, are a highlight of the film. There’s Blitzkrieg, Weremacht, Bombshell and Kamikaze, the latter of which is Japan’s (mildly racist) contribution. Unfortunately, they don’t get in on the action until about an hour into the film’s 88 minute runtime, and even then they’re underutilized – particularly the werewolf-Nazi puppet Weremacht. On the positive side, a great moment comes from the introduction of fan favorite Six Shooter. 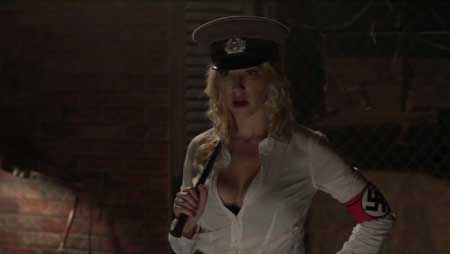 The puppets take a backseat to the human characters, which is never a good sign. There’s a plethora of ancillary characters and subplots, from America’s Sergeant Stone (Brad Potts) and General Porter (Paul Thomas Arnold) to Germany’s Freuhoffer (Oto Brezina), Commander Moebius (Scott King) and eye candy Uschi (Stephanie Sanditz). Neither the script nor the acting is good enough to carry the film without more action and focus on the puppets. The fight scenes are, perhaps, the worst offense. A puppet fighting a human – not killing, but actually engaging in hand-to-hand combat – is cheesy enough, but the cheap puppet-on-puppet fights are eye roll-inducing. 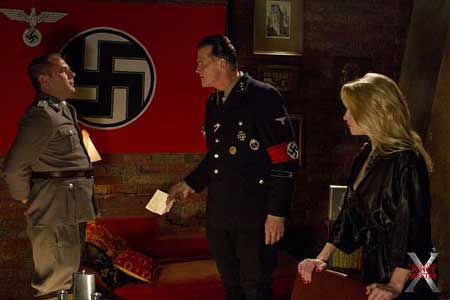 Although produced a mere two years after the previous installment, Axis Rising features quite a few personnel changes. Foremost, Charles Band directs instead of David DeCoteau. (Surprisingly, this is Band’s first time directing a Puppet Master film.) Furthermore, the two main characters, Danny and Beth, have been recast, along with the Japanese saboteur Ozu (Terumi Shimazu). Even the writer, Shane Bitterling, is new to the series. Perhaps most jarring is the unexplained lack of Ninja, the new puppet introduced in Axis of Evil. No word on the reason behind these changes, but the sequel surely would have been improved with a bit more consistency. 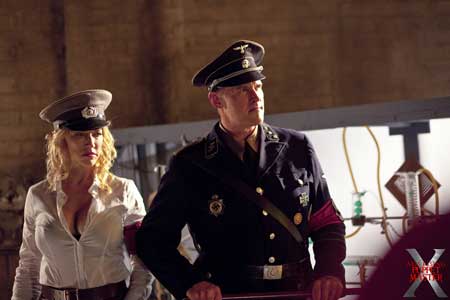 The best part of Axis Rising’s release is the triumphant return of VideoZone on the DVD and Blu-ray releases. VideoZone was an innovative featurette that accompanied Full Moon releases back on VHS long before special features existed. This iteration, which runs for nearly half an hour, begins with an introduction by Band before focusing on the making of the film. There’s also a spotlight on puppet effects artist Tom Devlin. It’s not much different than a standard behind-the-scenes featurette, but the retro feel is fun. 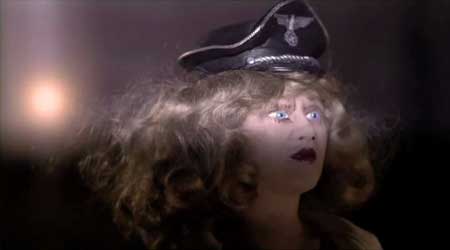 Puppet Master X: Axis Rising once again ends with a half-conclusion that sets up for a sequel. (Thankfully, it’s less blatant than Axis of Evil’s ending.) For the inevitable next installment in the Puppet Master franchise, I hope Charles Band and company finally come to their senses and makes the puppets evil again. That may not work when the film’s villains are Nazis, but they can at least be more violent and sinister. Hopefully they can dedicate a more substantial budget and time as well, because Axis Rising fails to rise to the occasion.