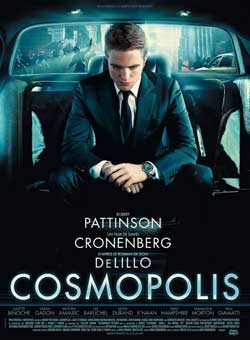 Riding across Manhattan in a stretch limo in order to get a haircut, a 28-year-old billionaire asset manager’s day devolves into an odyssey with a cast of characters that start to tear his world apart.

Set in a potential near future “Cosmopolis” is quite an odd bird of a film. After about 15 minutes I began to realize 2 things, one the film written by visionary director David Cronenberg has quite the intense script (the kind of script that many actors might shudder at with its complex ….almost calculational tone that instantly warrants either a subtitle review or a recap to connect the philosophical input that this film requires). And then the second thought which is, much of the film will unveil during the course of wealthy 28-year-old billionaire corporate owner Eric Packer’s (Robert Pattinson) limo ride. 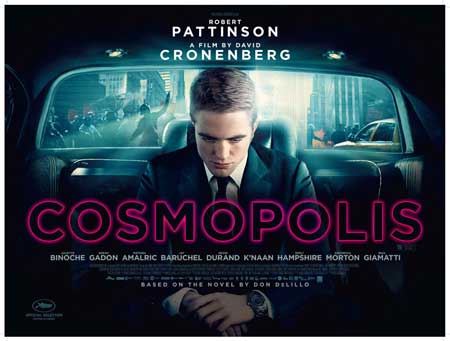 The movie is an adaptation of the novel “Cosmopolis” Don DeLillo

It’s not like David Cronenberg’s other films, though it still has a deeper complexity to it that signals David Cronenberg stylistic approach presenting a fictional yet close-to-a-potential reality. We learn more about Packer as he conducts his daily life “mostly” from within a luxury limousine. His employees pass in and thru the limo with updates and reports that cater to his paranoia and abstract intellect. The kind of intellect that you assume is what got him to where he is. His wealth in enormous and yet he is somewhat cold to it all. This comes in the form of stopping by diners to get a quality bite or traveling thru the city to get his haircut by a childhood local barber. Then there is the excess, which he exploits by bidding on items deemed priceless, and the daily paranoid routine of getting a personal doctor-administered checkup (complete with colonoscopy).

Eric is a recently married man (his wife Sarah Gadon as Elise Shifrin) who only sees his new wife on occasion. Much of the time when he does, is spent inquiring on “when” they will have sex again. Then of course there are those who work for him….some of which indulging him in this need in the off hours. Along the way, Eric’s limo become caught in traffic jams caused by a president coming to town and the funeral of a famous musician. 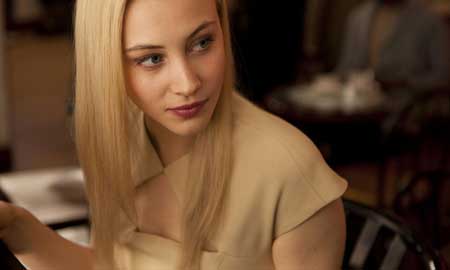 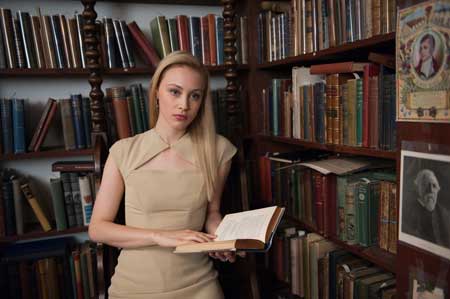 “Cosmopolis” grows darker as Packer makes assumptions about his current help even going as far as to visit a man who is trying to kill him. The scenery is littered with vengeful protesters, rat throwers and some random messages about “A Specter haunting the world” (which I later discovered was a muse about communism) The story is told centered around Packer, but is disclosed in the action that permeates around him.

I am as passionate the David Cronenberg fan as they come, though I wasn’t quite sure if this film would meet my usual needs from his work. Still compelled but confused, I carried forth to see where it was all heading.

Honestly I can’t entirely give my absolute opinion of this film. The dialog is “way” complex, to the point where subtitles are a must with a deep analysis needed of “what” is being said. It’s quite an abysmal philosophical film that caters to the exploration of “experimental” more than to consumer satisfaction coming across as sterile and rigid. Even despite its pretension script, Robert Pattinson should be awarded for a solid delivery and worthy step away from glistening vampire makeup.He certainly works for the role, but does the role work for him?

Into the 3rd act I found myself feeling like I didn’t understand what was happening or why certain details were executed the way they were. It’s a feeling much like being on a room where your the only one who doesn’t get the joke being told. Though without the humor. 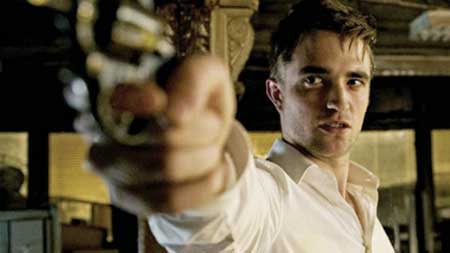 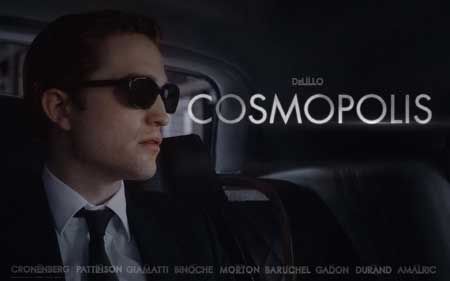 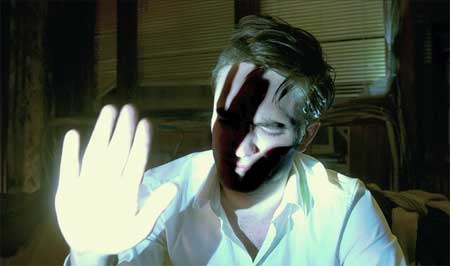 We do understand that the world is in disarray and that many of those in this world would like to see the rich, the extravagant, and the excessive practitioners assassinated. Packer is one such individual who talks of billions like water pouring down the drain. Even when he is having a bad day (losing those billions), we don’t feel any compassion for his situation (as Packer has managed to surround himself with money which can be easily recouped).

We do sense that Packer is disillusioned, bored with the world that gives him everything, and has grown cold to his fortune and position. Just beyond the safety of his window scurries about anarchists of all shapes and sizes. A few even feel compelled to make a statement by setting themselves on fire. Yet with all the ruckus, Packer seems bored and uninterested, only referencing his data and electronic devices for clarity.

In closing, I found this not to be David Cronenberg’s best work. I’m guessing that most will dismiss it or turn it off midway out of frustration. There is a deeper message on life, direction and excess, though it is covered with complexities making it hard to read. Perhaps additional viewings will unveil more of its true substance, but on first look Cosmopolis is just very muddy.