Viewers can watch the first two episodes today and fans who subscribe to the “H+ The Digital Series” YouTube channel by noon PT today will also get exclusive access to the first six episodes of the series. Every Wednesday at noon PT thereafter, additional episodes will roll out two at a time to all viewers. The channel will also offer weekly recaps and discussions with the series’ creators where fans can submit questions and learn more about the characters and the story. In addition, fans will also be able to customize their own playlists to choose the order in which they view episodes through the channel’s video feed. “H+ The Digital Series” will run for 48 episodes with the final installments debuting in January 2013.

“This multifaceted, sci-fi series is perfect for the Internet as it tells the story from different characters’ perspectives – jumping from time, place and viewpoint as the narrative comes together,” said Bryan Singer, Producer. “These short, addictive episodes each end with a cliffhanger. As more episodes debut, the audience has the unique ability to rearrange them sequentially or by characters’ storylines or locations, so that they can retell our story in their own preference.”

“H+ The Digital Series” takes viewers on an episodic, apocalyptic journey into the future where consumers are rapidly installing a chip called “HPlus” into their nervous systems that allows them to access the Internet 24 hours a day – by just thinking it. One day, a virus is released – causing a third of the world’s population to die instantly. The series deals with the massive political and human changes that take place, the fight for survival and the mystery to discover who is behind this atrocity. For more information, visit www.facebook.com/HPlusTheDigitalSeries. 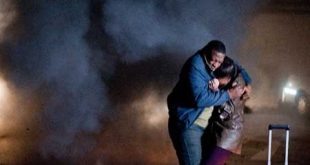 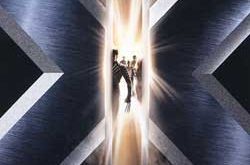