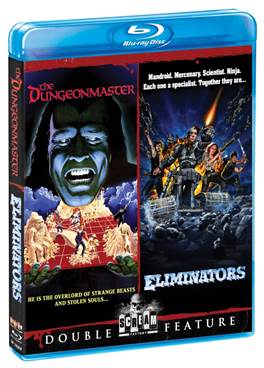 A demonic wizard challenges a modern-day computer programmer to a battle of technology vs. sorcery, with the programmer’s girlfriend as the prize.

“The Dungeonmaster” bears the creation date of some of the cheesiest films in horror, 1984. You might have missed this one as its worn a few different names over the past. Listed as “Ragewar“, it’s also been known by its other name of “Digital Knights”. However, I remember it as simply “The Dungeonmaster”.

If you were around at that time and frequented VHS rental houses, you had to have seen this VHS cover more than once or twice. It’s actually a “really” good cover, which means back then that you probably rented it just because of the fact. Well, looking a little closer, it also features Wasp lead singer “Black Lawless” sneering back in glorious deviant stature. So we’ll start on that note. 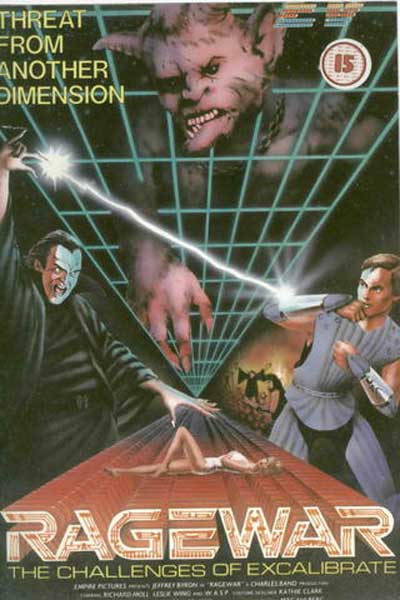 This is one and only film appearance by Blackie is probably a dupe on most part. Blackie is seen performing with his band (W.A.S.P) in a segment that is part of a 7-part challenge our main character has to endure. Ya, Blackie gets to “almost” cut a girl’s throat, but that’s about the extent to it. Not the assumed villain you might imagine from the tributing cover art. 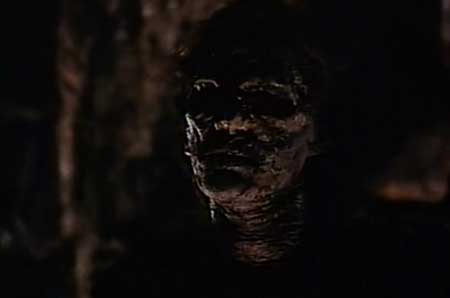 My review copy was limited for this article to a YouTube reposting of the entire film. I suppose there was enough to get the gist, but not enough to see every detail. Regardless “The Dungeonmaster” is kind of a hybrid experiment of sorts that combines a bit of the “WarGames” era computer interest with a fantasy / horror encounter. It more or less serves the role of providing an anthology-like accumulation of all the directors involved. Now before we get too far into description we’d better backup as to what’s transpiring. 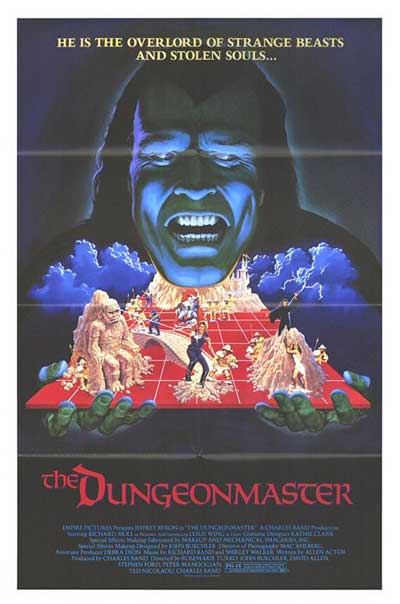 Paul Bradford (Jeffery Byron) is the ultimate computer nerd. He even talks to it when he’s at home (which is considered pretty advanced for the times). The computer gives Paul the ability to do simple hacking things while curiously sporting a sexy female voice (this offends his girlfriend Gwen). The equipment is cutting edge for 1984 but resembles more like a “been there” museum for us technoheads of the 21st century. I still like seeing this stuff as it’s great to educate your kids on what kind of oversized crap we had to work with “back in the day”. 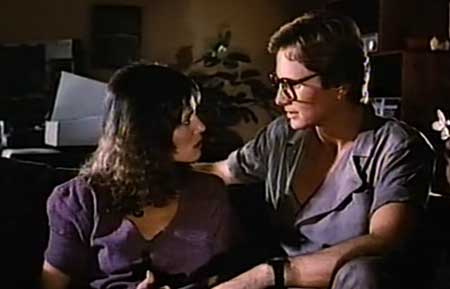 Bradford is at home with his girlfriend Gwen (Leslie Wing) of whom has gotten Paul to agree that it’s time to tie the knot. As they sleep, they are sucked into a ultra-reality vortex that is dominioned over by a creepy looking fellow named Mestema (Charles Moll). Though you can refer to him as “The Dungeonmaster”! Bradford is given as Star Trek looking wristband (it has a name! “X-CaliBR8”) and is forced to undergo 7 riddled/challenges. If he defeats them all, he wins and gets his girlfriend back returned safely. Bradford is presented with really having no choice (as it will cost Gwen’s soul) and thus is thrust into each scenario (under different directors) to do battle. 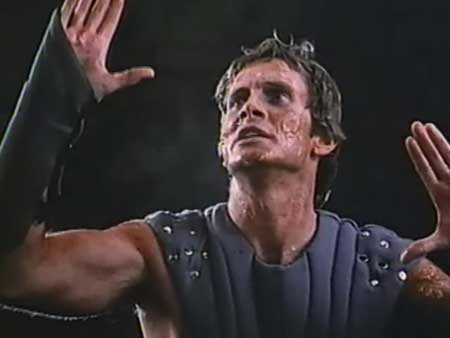 The episodes are pretty quick but different giving the movie a nice variety of scenery and monsters to overcome. This of course was still the era of cheap FX so we get several of these that are animated with stop motion technology. However for some reason these images have gone on to be “somewhat “iconic for this silly film. Moll as Mestema is (what I assume) our resident devil in charge who ends up coming off ridiculous with his “too Goth to be sinister” appearance. Mestema does run the show down in the underworld so we go along for the ride. During the segments Bradford takes on WASP, a rocky mountain monster, zombies, deviant dwarves, ice people, and even a serial killer. I’m reminded a bit of the film “Waxwork (1988)” which does this sort of thing with its museum wax figures. 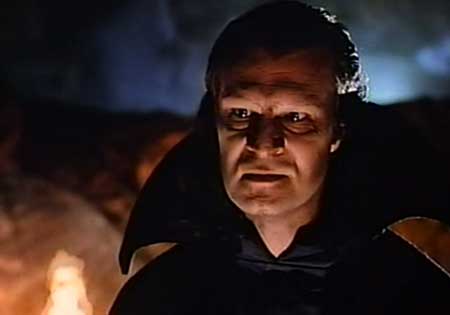 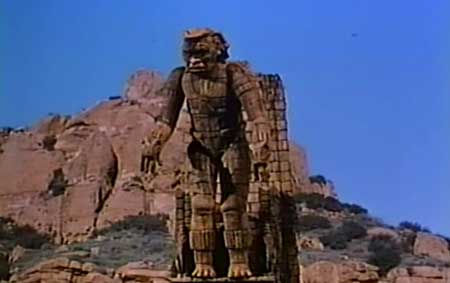 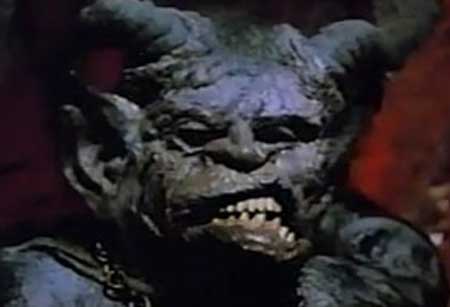 As you’ve probably guessed already, Bradford must complete all 7 segments and then battle our Goth-lord Mestema in a final confrontation (Use the force…..Luke!!). It’s good 80’s fun that is meant to entertain but not necessary appeal to your sense of logic and reason. I’m not going to say run out and grab a copy as its hard to come by these days. However until they transfer this dorky gem to DVD you might take an after noon and catch it on Youtube. I end this with, I’m glad we came as far as we have, cuz the old days were a little rough.