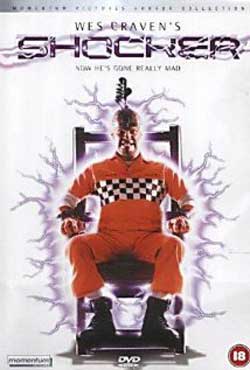 When a vicious serial killer named Horace (really guys? Horace?!? Were all the good names taken?) is sentenced to die in the electric chair he instead becomes a supernatural being capable of controlling electricity and possessing the bodies of others. He uses his newfound powers to continue his killing spree and becomes obsessed with trying to kill Jonathan, the son of the detective who arrested him. As the bodies continue to pile up Jonathan (with the help of his dead girlfriend’s spirit) desperately tries to find a way to stop Horace before he becomes just another victim.

Though I am sure I am going to piss a lot of people off here I have to be honest: I have never really cared for most of Wes Craven’s work. With the exception of Nightmare on Elm Street, Last House on the Left, and Deadly Friend I find his movies to be very overrated, as well as just more than a little bit silly and just plain bad in general. In my opinion Shocker is right up there with The People Under the Stairs, Cursed, My Soul To Take, and Vampire in Brooklyn as one of his worst efforts (I hate the Scream movies too, but since I have already most likely angered most of the people reading this I’ll keep my mouth shut about how much I despise these films). Shocker is a silly, boring mess of a movie with a goofy plot, a lame killer, and a finale that is laughably bad. Craven (as well as everyone associated with the film) really phones it in this time around, and you have to wonder if he honestly believes that it is a good movie himself. I tend to doubt it. 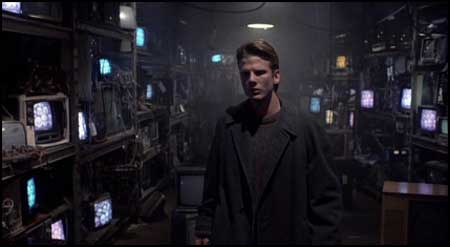 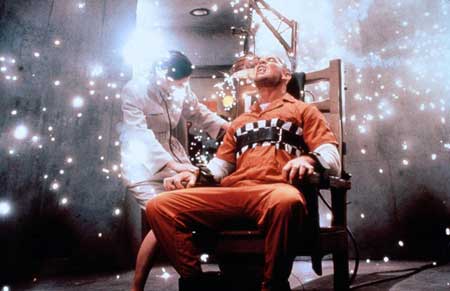 I think that the biggest problem with the movie is that Craven tries to make Horace Pinker the next Freddy Krueger, which just doesn’t happen. I read somewhere that the antagonist of a movie can make or break the film, and that is the case with Shocker as Horace is just a lame character in general. He cracks one-liners like Freddy and has supernatural powers, but unlike Krueger he has no personality and just sucks out loud in my opinion. He isn’t scary or intimidating, his jokes are extremely lame and cheesy, and Mitch Pileggi is totally and completely wrong for the role. I can’t put all the blame on Pileggi though as I don’t think it would make any difference who played the part. The character is just horrible in general and I don’t think that there are many (if any) fans out there who think that Horace Pinker is the coolest horror movie villain in the history of film. Hell, I think that Sammi Curr (the demonic rock star from 1986’s Trick or Treat who also uses electricity to kill people) is by leaps and bounds a much better character. 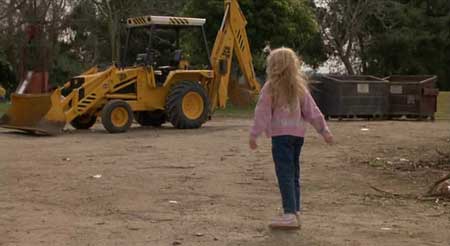 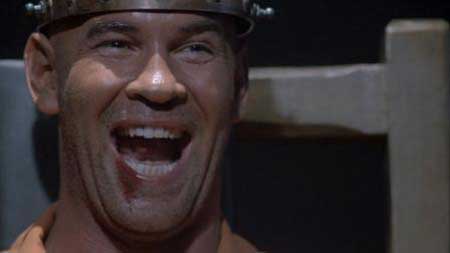 Another huge flaw is the fact that the movie is just hokey and parts of it don’t make a great deal of sense. Why does Jonathan’s girlfriend (and one of Horace’s victims) come back as a ghost? How the hell did Horace make a deal with Satan (very lazy writing there, by the way) that allowed him to gain electrical powers (it isn’t like the Devil is in the phonebook and I think that he would have a lot more better things to do than to help some schmoe TV repairman like Horace get super powers)? How does being able to manipulate electricity allow Horace to posses others? These are just a few of the many things that don’t really make a great deal of sense, and the whole prior relationship that Jonathan has with Pinker is pretty corny and cookie-cutter as well. As I have already mentioned the big confrontation between Horace and Jonathan is horrible (they chase each other through different TV shows, electrical appliances, etc) and the end scene (which I think Craven intended to be either funny or ironic) actually made me groan out loud. 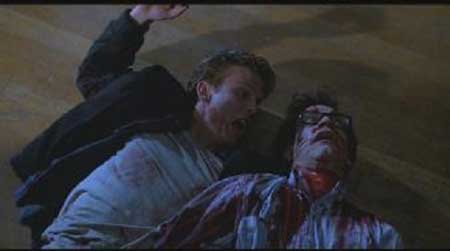 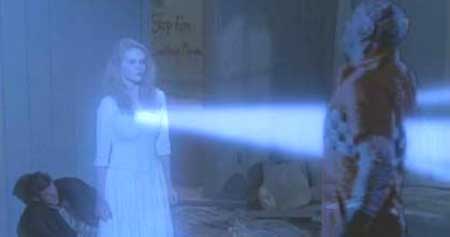 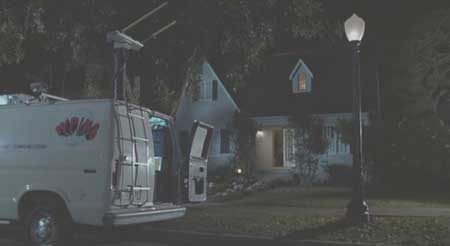 About the only good thing that I can say about Shocker is that it has an awesome soundtrack. Other than that, there is really no reason to watch this movie unless you are just a hardcore fan of Wes Craven. I don’t know what Craven was thinking when he wrote the script, but I have a feeling that in his mind he thought that it was going to be as big as Nightmare on Elm Street (God knows it rips it off enough as we have a wisecracking killer who must be brought into the “real world” to be beaten, a past connection with the killer and the protagonist’s parents, etc). It fails on almost every level imaginable and just isn’t a very fun movie at all. Skip this one folks and just watch Nightmare on Elm Street instead, as that is what this movie desperately wants to be.