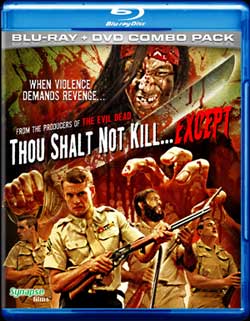 Jack Stryker took two bullets in the leg in Vietnam and was carried back by one of his men. When he returns he tries to live a peaceful life in his cabin and resume dating his girlfriend, Sally. Meanwhile, a vicious cult let by Sam Raimi, who believes he is Jesus Christ, has been slaughtering people and doing blood sacrifices. When Stryker finds Sally gone, and her grandfather, Otis, used as a human dartboard, Stryker brings together his army buddies, gives them a stash of guns from under his bed, destroy an outhouse, and create a war zone not unlike Vietnam to destroy the evil cult.

They don’t make em’ like this anymore…..with a special DVD release under the care of Synapse films, we get Josh Becker’s cult driven war film by the name of “Thou Shall Not kill …Except“. The Making of” documentary states the films original title “Stryker’s War” (1985) was later replaced to make it more marketable to consumers and foreign countries. In any case, this film is “must see” for fans of those great exploitation films from the 70;s While being released in 1985, “Thou Shall Not kill …Except” serves up all those great qualities from a era before it’s time. 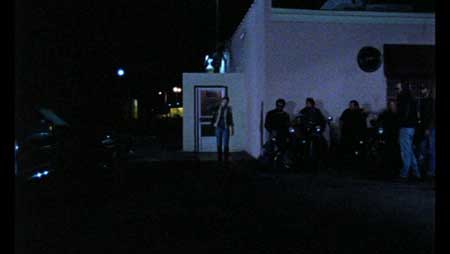 Imagine pitting the Manson family against the Marines. Then tack on the right dose of quirkiness to make it all work. It was very clear before this movie reached it’s end credits that it would become a new classic favorite for my viewing circle. One surprise which I only discovered in the reading the end credits (due to not reading the talent first on the DVD box) is the great and memorable inclusion of the Raimi brothers. Sam is presented as the being the “cult leader” while his brother Ted takes the role of “chain man”. Sam is simply fantastic as a Manson-like cult leader burnishing bad teeth, long hippy hair, and unprecedented penchant for violent. In the film, him and his followers have begun a rampage slaughtering innocents as they make their way cross country simply announcing that a “bloodbath has arrived” Ted Raimi is one of a band of motley crue degenerates who despite all being hopped up on drugs like to take out a few victims by smacking their brains in with his makeshift chain weapon. The group never really acknowledges a reason for their chaos but rather just indulges, takes, and assaults in effort to be heard and feared (though “cult leader” does announcethat he is Jesus). Sam Raimi as “cult leader” heads the group bringing a dark humor with his role. Classic scene moments can be found in his use of “sacrificial blood” and his motorcycle getaway. 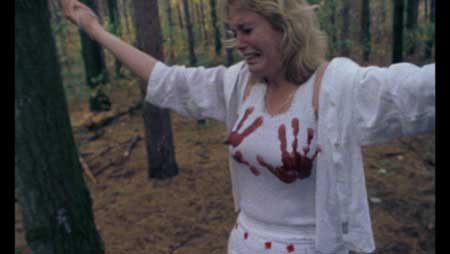 “Thou Shall Not kill …Except” while catering to the trend of gang-driven cult films from its era also combine this with a unique take on vigilante justice.

The movie begins as a group of Marines are on mission during the Vietnam war. The team is highlighted with Sgt. Walker J. Jackson (Robert Rickman), 2nd Lt. David Miller (John Manfredi), LCpl. Tim Tyler (Timothy Patrick Quill) and Jack Stryker (Brian Schulz). Note: strangely the lead actor who plays Jack is listed as being uncredited in IMDB 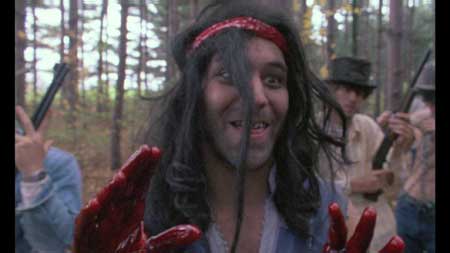 As they confront a small grouping of Vietnam huts, they discover that an assumed military tactic headed by LCpl. Tim Tyler is not going work they way though it would. The incident leaves much of their team dead while leaving Stryker with a limp for the rest of his life. We flip forward to Stryker now living a peaceful life within an off road cabin. As he moves forward with getting reacquainted with the community, he is visited by his old war buddies who share stories and good ol times. This all coincides with this violent cult gang arriving in Stryker’s little town with he intention of unleashing as much chaos as they need. Though our war heroes soon become involved and have to fight a civil war of their own. It’s a great battle of soldiers vs derelict hippies as the whole town becomes a battlefield.

The film was directed by Josh Becker on shoestring budget. but what viewers will quickly realize is that low budget factor ends up having a great reverse affect making the film somewhat charming, memorable and fun to watch. This movie is one of those great classics that should have been acknowledged long ago but will finally get its due reward on a restored blu-ray release. The release includes a “making of” and the original pilot short film that was used to shop the idea to investors. Horror fans will love that this is also an early appearance of actor Bruce Campbell, who “doesn’t” reprise his role in the feature. 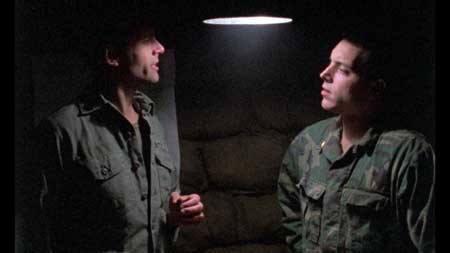 Thou Shall Not kill …Except” has met with some delay before its official re-release. In fact There’s quite an interesting story behind it revealing the transfer process and Synapse’s dedication to seeing it restored with grain fully in tact. Anyone who’s in the editing world knows that it’s no easy task trying to remove the flaws while keeping its film grain as authentic as release. I’m sure movie watchers will appreciate the clean-up restoration. 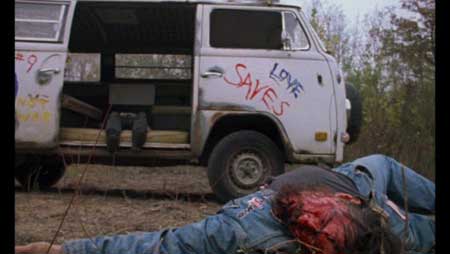 If you have the chance, run out and buy this one. It has alot of appeal and is a must have to fans of the biker-gang films from yesterday. There is plenty of violence and great low budget effects here to make it a horror film favorite as well. Simply “Thou Shall Not kill …Except” rocks!!