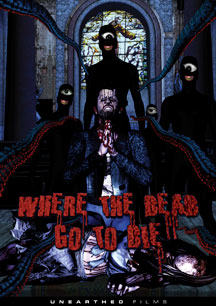 “Jimmy ScreamerClauz has one bloody-ass freaking imagination that you’d expect from a drug induced psychotic who just lost his mind. The damn film is inventive as hell and for that alone it deserves a place in the cinematic anals of movie making mind f*cks.”
– HorrorNews.net

Where the Dead Go To Die revolves around a troubled group of children living on the same block. They are haunted by a talking dog named Labby who brings them on surreal hell-rides between different dimensions and time periods.

On the night of a lunar eclipse he informs Tommy about the devil fetus living inside his mother. The same night he attempts to help Ralph court the girl across the street, who is an unwilling participant in her father’s child p*rn tape trading ring. Add in a memory stealing junkie living inside an abandoned church and you have 93 minutes of pure mind melting insanity!

Tags Where the Dead Go To Die 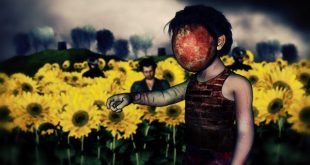