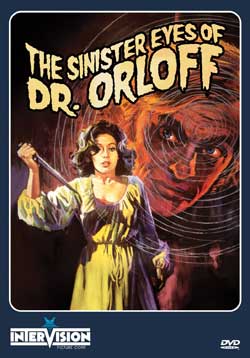 At the 2009 Goya Awards Spain’s equivalent of the Oscars writer/director Jess Franco received a Lifetime Achievement Award for his 50-year career that includes such immortal classics as VAMPYROS LESBOS, BLOODY MOON and his infamous DR. ORLOFF series. In this 73 Orlo shocker, William Berger (KEOMA, FIVE DOLLS FOR AN AUGUST MOON) stars as the diabolical doctor who unleashes a nightmare of hypnosis, violence and folk music on a crippled young woman (Mona Proust of DIARY OF A NYMPHOMANIAC) and her depraved family. Edmund Purdom (PIECES) and Lina Romay (FEMALE VAMPIRE) co-star in this beloved slab of psycho-sleaze, packed with enough sadism, murder and madness to keep Goya spinning in his crypt for the next half century

Heiress Melissa Comfort (Montserrat Prous) lives a charmed life. Due to a defect in child birth, she has also lived as a parapalegic, mostly confined to her bed. When her daily nightmares begin to take their toll, she calls upon the help of specialist, Dr. Orloff (William Berger) 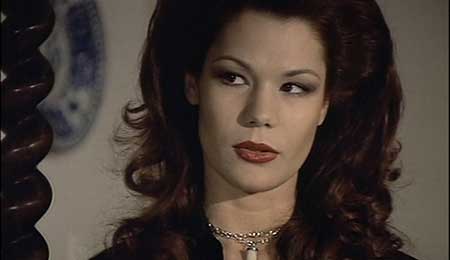 It doesn’t take long to realize the that Dr. Orloff is up to no good by using his powers of hypnotism and suggestion to program Melissa. She begins to murder those around her as an act of vengeance powered by Dr. Orloff’s suggestive manipulation. Orloff has long sought retribution as a form of payback he holds against the family. His love for Melissa’s mother before she passed, never ceased, creating a determined vengeance streak. One that has brewed up till now using Melissa as the perfect untraceable weapon.

Melissa suffers from nightmares about her father which has stayed a mystery up till now. We find that Orloff was able to create an “impossible murder” by programming Melissa at an early age. In fact, he used the same technique on her mother which suggestively deformed her child before it was born. This child turned out to be the beautiful Melissa who was born as a cripple. Melissa although unable to use her legs is supported by her servants which keep a watchful eye on her. Her jealous half sister Martha (Loretta Tovar) seems more interested in the family money than being a true support system for Melissa. She has also raised suspicion noticed by servant Albert Mathews (Jose Manuel Martin). 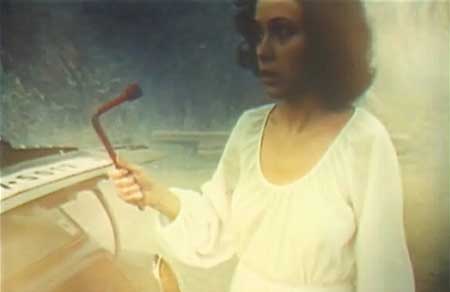 In one odd scene Melissa is approached by her friendly next door serenading neighbor, of who she tells to leave despite living next door. There is some humor here in the overdubbed music and serenade itself feeling more displaced than true inclusion.

The plot is very apparent never changing much from the idea that Melissa has been manipulated into being a murderess. Orloff’s cowardice is fueled by the past and that he lost the love of his life. Melissa is told at one point that she possesses her mothers eyes. Investigators dig here and there in the background but really don’t bring much game to the table.

The music of the film reminds me of somber funeral tones never really adding much more than a drone-like score. It fluctuates between this and something you might find playing at a skating park. 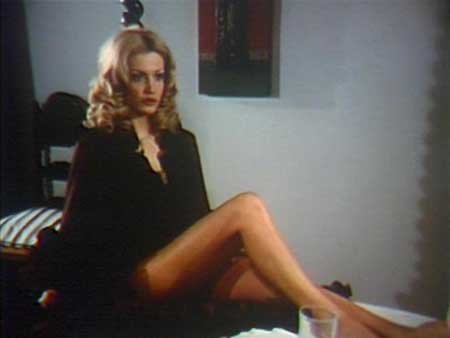 “The Sinister Eyes of Dr. Orloff” stays close to its Spanish roots with a film that drags more than it terrifies. The action here moves very slow and stays within a safe presentation of murder acts. Many important moments occur off screen only giving us visual pieces in snippets. It is clear that the intention of “The Sinister Eyes of Dr. Orloff” was to construct a elaborate revenge plot by using sleep hypnosis techniques. Though for most viewers, this film tens to weigh down on you very quickly offering a more lethargic expedience than a edge of your seat thriller. Jess Franco directs this psychological thriller piece returning with his reoccurring character of Dr. Orloff. Orloff has appeared in other Franco films such as “Orloff’s Monster” and “The Awful Dr. Orloff”.

This release arrives on DVD per Intervision Picture Corp, but is apparent that it is was created from a straight VHS analog to digital transfer. The film is grainy and is kept to its 4:3 ratio aspect. It does include subtitles which tend to disappear a few times during the dialogs creating gaps that are not understood in a foreign language. “The Sinister Eyes of Dr. Orloff” is provided more as a sought after title for Franco collectors. Though its major attraction is the beautiful cover art to the case. For production sake, the presentation could have been tightened up eliminating those annoying side bars and making sure the subtitles were “all in tact. The color tone appears washed out finalizing in a dull base. 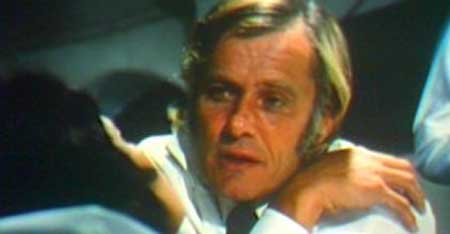 The Sinister Eyes of Dr. Orloff” offers a subtle murder mystery ride that stays close to its 1973 style of old school delivery. I think the movie will offer more to fans of the director than as a actual horror piece although it does embellish a certain charm that is hard to find in films of today.