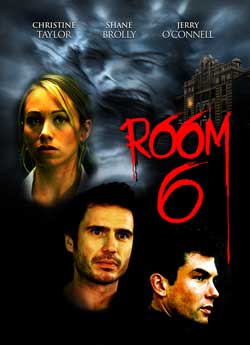 A young woman’s world is turned upside down after a tragic accident steals away her boyfriend. The walls of reality continue to crumble as the troubled woman and a fellow victim try to track down their loved ones at a mysterious hospital which should not exist.

“Room 6” just so happens to be one of those films I’ve come back to several times. I rented it in 2006, and just find it perfect for my needs as a horror viewer. It’s a bit quirky, and that’s what makes it fun. For one we’ve got the weird combination of co-stars, Christine Taylor and Jerry O’Connell taking the screen. For it being a bit low on the radar, (or what I like to call a shelfer) it still is a well done horror film. I kind of compare it in viewing value to films like “Boo” and “Death Tunnel“. Maybe all 3 are not your thing, but that’s ok cause I found them all fun in different ways. (which by the way was shot at the same hospital as “Boo” aka Linda Vista in L. A.) So let’s serve it up and see what sticks. 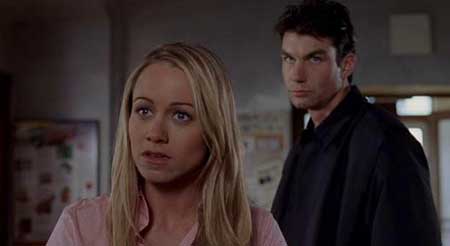 Amy, (Christine Taylor) a young school teacher receives an early morning proposal. One that she promises to answer later that day. Nick (Shane Brolly), Amy’s boyfriend encounters a car accident with truck driver Lucas Dylan (Jerry O’Connell). Though this begins the nightmare that’s about to unroll. Amy suffers from daymares, nightmares and a troubled youth surrounding her father’s death. The details of this are answered later in the film, but for the moment we are told that she has issues with hospitals. That is…. going to them, being in them and the drama which doesn’t help awaiting her in the near future. As her boyfriend Nick Van Dyke is rushed to a hospital with a broken leg, he is taken into the care of an ominous building called St. Rosemary’s. This hospital is off the grid and harbors its own secrets within. The staff is immediately questionable whether its their rude nature, hush hush setting or the fact that they have to sample blood every day. Amy is intent on finding her now lost boyfriend who doesn’t appear to be residing at any local hospital. 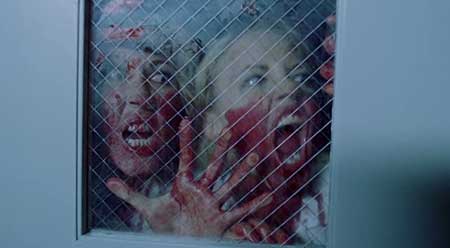 She encounters Lucas (Jerry O’Connell) and they instantly begin a friendship based on their need to locate their loves ones. Amy is having a few tasty issues of her own. She keeps seeing demons and horrific monsters in places whether they shouldn’t be. In fact, the only one who seems to know what she is going thru is a young school girl student of hers. Amy and Lucas continue their search looking for clues while all the while Amy is inundated with demonic experiences. This also happens to include a nasty meeting with actor Kane Hodder who transforms into a hallucinary demon himself. This is only the beginning for Amy who encounters twisted faces, serpent-mouthed deviants and priest who can levitate leaving his demon follower scurries about. 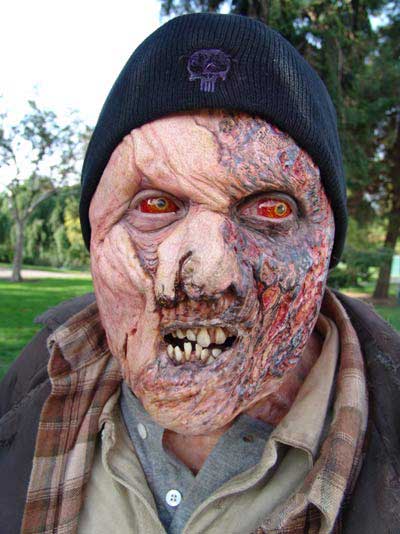 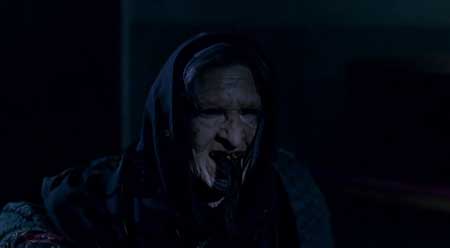 All these scenes add a great deal of the appeal to the movie for me. The hospital and its nature reminded me a bit of “Jacob’s Ladder” with Christine Taylor doing a killer job as a tormented soul trying to make sense of it all. The visuals are pretty tight with the action always in motion.

It’s 3rd act revolves around the legendary and diabolical hospital itself. Nick battles the sickos inside as Amy does what she can to find this long gone establishment that burnt down before she was born. Add in Jerry O’Connell’s performance which ranges from sympathetic to downright creepy and you got yourself a good package of thrills here. The film has a decent surprise ending that ties it all up and makes the journey worth sitting thru. 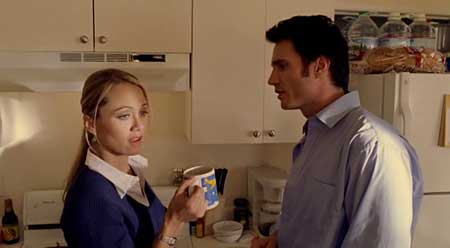 The film was directed by Michael Hurst who also has directed quite a few others for the genre. These include “Mansquito”, “Re-Kill” and “The Butcher”. 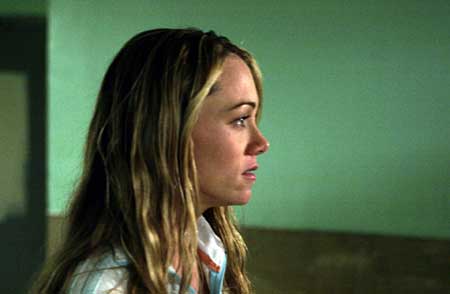 “Room 6″ is a great horror genre addition that enjoys the surreal qualities it throws upon us. I especially like the reoccurring scene of a patient about to be operated on that is still awake. There are quite a few recognizable actors in this production and even a hot blood swapping lesbian scene…no, not with Taylor. This viewing makes 4 viewing sessions for me, and to be honest it won’t be the last.