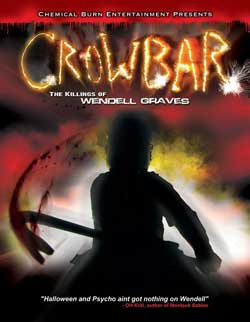 When a young couple moves into a new house in a new town, something just doesn’t seem right. On their first night, a terrible tragedy strikes these newcomers. The town itself seems to be consuming these strangers. As they search for answers, all they discover are more questions. Will they find the answers in time, or has their fate already been sealed? Crowbar, an intense, edge- of-your-seat thriller that will keep you guessing till the very end.

“Crowbar” is by no means an easy film to get through. Sometimes a film comes along that is so gross, or horrific, that it really affects the viewer while watching it. “Hostel” (2005), “The Texas Chainsaw Massacre” (1975), and “Naked Lunch” (1991) all come to mind. “Crowbar” tries to reach the bar set by these films, and fails on almost every count. It is hard to say that, because it is easy to see that the cast and crew gave this film their all, but unfortunately, that was just not enough.

Director, Scott Phillips, launched his film with an extensive Youtube campaign ( www.youtube.com/user/OverTheLineFilms ). Behind the scenes videos, production diaries, and trailers are all included. It showed a lot of promise, and sparked a decent amount of interest for a film destined for a DVD release. A few fun videos along the way do not save the film from being predictable, and sometimes even a blatant substitute for more famous fare. 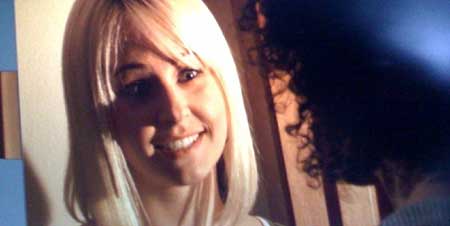 The movie borrows many ideas directly from the Michael Myers, Norman Bates, and Leatherface story lines, without any evident tongue-in-cheek nods, or humor. This leads all of its potential thrills and surprises to fall flat, and disappoint the audience. The main antagonist, who this writer will refer to as Crowbar, is some sort of ghost or crazed madman who kills anyone that lives in a specific house in a generic small town. His murders seem unmotivated and repetitive. For real, his only weapon is a crowbar, so everyone dies in the same fashion. Perhaps, this would have been fun in a gory sort of way, but the use of awkward color filters make it very hard to see anything that happens in the dark (i.e. almost all of the kills). 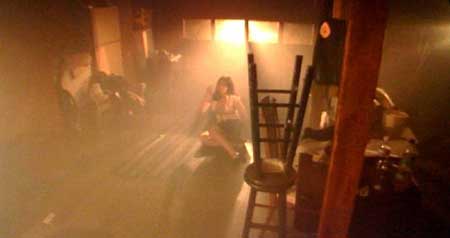 Ripped directly from the plot of the “Texas Chainsaw” series, this small town somehow keeps all of Crowbar’s acts under wraps, and hold onto a conspiracy hiding him from the world. Why is that? The viewer will never know. Why does a town protect one person, who kills people with a crowbar? Why not just shoot him and get it over with? There is no twist ending reveal to show his connection to all the townsfolk. They seem to take it upon themselves to cover up murder for no apparent reason at all.

The camera work is shoddy at best. Awkward close ups and extreme close ups are standard throughout, while unmotivated camera moves pepper almost every dialogue scene. Camera moves are one of the best ways to increase tension, and help scare the audience. Unfortunately for this film, almost none of these moves fit the scenes in which they are used, and come off looking as if a film student was trying to show off. 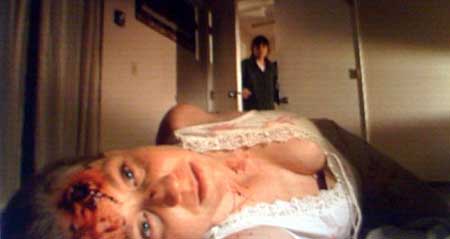 What could be considered the worst part of this film is the audio. Camera work, color, and even bad acting can all be chalked up to artistic decision making. Bad audio cannot. The viewer can literally hear when audio is switched from one actor’s mic to another. Room tone starts and stops consistently throughout the same scenes, from the first shot to the last. 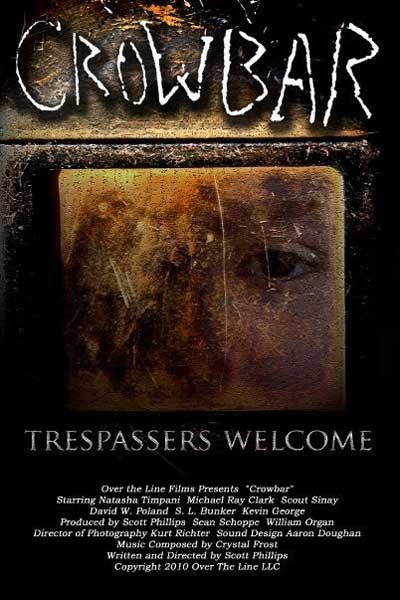 Not everything is bad though. Every movie has something that can be taken from it in a positive light. The opening title sequence, which follows directly after a completely unnecessary credit sequence, is quite cool. Crowbar wears a welding mask throughout the film, and the title plays on that. Some great shots, cut together splendidly, of metal being welded, and cut, to spell out the letters in the word “Crowbar” looks very impressive.

All in all, this is really a film to skip. Nothing stands out. A bad story, with bad acting (one actor even starts to lose his voice during the film, completely unrelated to story), bad camera work, overuse of post production tools, and shoddy audio all add up to a movie that is just too hard to get through. Sometimes a bad horror flick is perfect for a midnight movie with friends, but this does not fit that bill. Without the addition of some humor, and the lack of any legitimate scares, this film is one to be skipped.