Not only does the dialogue separate the characters in Zombie Apocalypse: Never Die Alone, but each character has a unique fighting style. Def Money is armed with twin pistols, a boom box and a cricket stick. One of the most amusing moments in the game comes from beating dancing zombies with his cricket stick while War’s Why Can’t We Be Friends? blares out of Def Money’s stereo. Jeremy comes well prepared with an assault rifle, C4 teddy bear – straight from the original game – and a rage mode that makes him deal four times as much damage. He’s probably the most useful character in the game and the most annoying. Alma fights with a laser sighted sniper rifle, propane tank and an automatic turret. Alma is a brilliant mind, a pretty girl and she’s capable of dealing out the most damage in the group. Basically, she is the perfect woman. Father Bill dispenses justice armed with a shotgun and a Molotov c**ktail, and he is capable of healing his allies through prayer or some sort of supernatural power. You can pick up grenade power ups and temporary weapon upgrades to help you fight off zombies, and you can also pick up money and rescue survivors to gain more points. There is also a leveling system in the game that will allow you to upgrade your characters by gaining experience points. 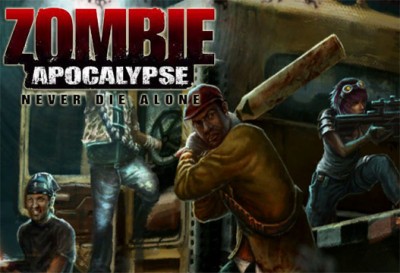 Each stage in Zombie Apocalypse: Never Die Alone is different. One will have you protecting a npc as he repairs a vehicle, while another will have you running around a power plant and hitting switches to restore power to parts of the island. Every stage in the game has different challenges for you to complete in addition to main objectives as well. There are also two unlockable game modes: Blackout and Survival. Blackout is similar to the original campaign, but your screen is only illuminated in a small area thus making everything more difficult. Survival puts you up against enormous and relentless hordes of zombies. Days can be cleared, and an achievement/trophy can be unlocked after completing 30 days of Survival.

Zombie Apocalypse: Never Die Alone has some major drawbacks however. The game was meant to be played by four people cooperatively, This makes the game take an incredible difficulty spike for playing with less people. AI will control characters when a human player isn’t controlling them, and, while they can be useful in some situations, they always seem to be easily overwhelmed by boss zombie encounters. Add in the lack of a checkpoint system, and it is very easy to become frustrated with Zombie Apocalypse: Never Die Alone. Also, the dialogue never stops between characters even during combat. This makes it difficult to decipher exactly what is going on between the characters over the constant noise from explosions, gunfire and zombies. 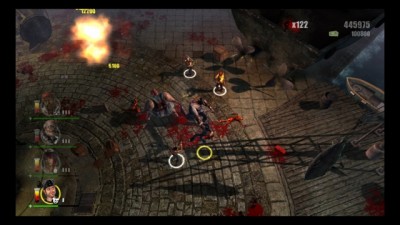 Overall, Zombie Apocalypse: Never Die Alone is a pretty decent game. It’s not a game that will blow you away, but it’s good for wasting a few hours with friends shooting up zombies. If you enjoyed the original Zombie Apocalypse or top down arcade shooters in general, you will love this game as well.