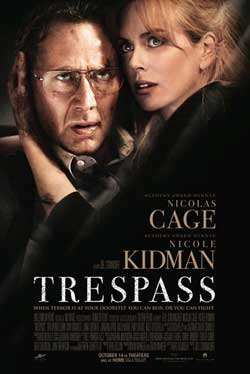 As they’re held for ransom, a husband and wife’s predicament grows more dire amid the discovery of betrayal and deception.

Nicolas Cage and Nicole Kidman come together as an extremely well-to-do couple who’s family has just been threatened by a band of thugs intent on robbing them of their riches.

Nicolas Cage stars as Kyle Miller, a shrewd businessman and diamond dealer who’s seemed to have done really well for himself. The shows opener has Kyle negotiating on the phone thru most of it demonstrating his talent for selling high quality diamonds to wealthy investors. His knack as an actor and his character which comes across sort of nerdy, seems to gel with precision in this thriller action movie role. Kyle has no idea that his world is about to get “real” complicated. Nicole Kidman plays his wife Sarah Miller who seems at ease with their surroundings but yet holding back on a certain unfulfilled need that money can’t buy.This aspect is actually played around on screen a bit with a disillusioned gaze that never truly reveals her emotional foundation. 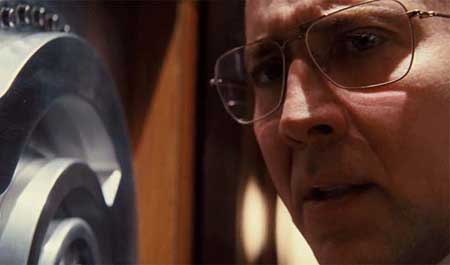 Their daughter Avery (Liana Liberat) is busy enjoying the drama that a teenage girl brings while trying to cope with life and its challenges. Together they all somehow seem to fit. 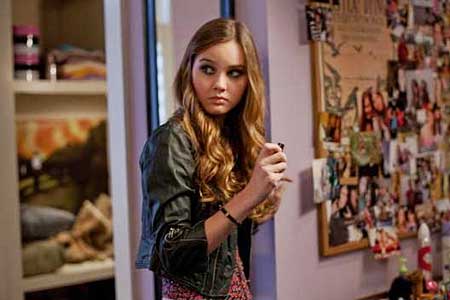 The movie plays on a premise that doesn’t come as anything new as a team of thugs break in and hold the family at gun point demanding access to the house safe. This ordeal isn’t a quick hit and run as Kyle lets his colors shine with trying a variety of negotiating skills. It’s Cage’s rageful geekiness that really makes this movie exciting to watch. He tends to overact, but as Cage fans we expect no less. This seeming stubbornness really makes the film as Kyle refuses to let the thugs into the safe even at a life threat.

Kidman on the other hand I guess I never really understand. She seems to always represent the same persona in whatever film she’s in, which at times is just drab to watch. We get that she is threatened, though we never really believe that she is convicted in the effort. This kind of film probably would have been a Mel Gibson movie as it matches his MO. The target character of Kyle has Mel written all over it, which is why Cage’s take is so fun to watch. 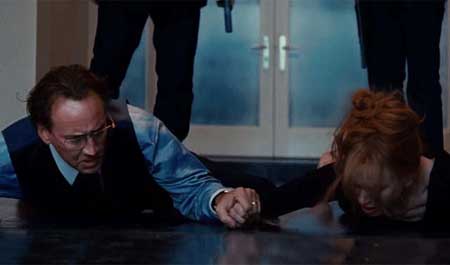 Avery, luckily is absent from the initial attack but is brought into the mix later when she returns home. The whole charade is a literal bouncing ball of tension and turnover. In fact, you might wonder from time to time who is playing who.

Cam Gigandet plays Jonah, who is hopelessly infatuated with Sarah. This affection is not shared but is more like a crush that wasn’t invited. Johah’s need for acceptance becomes annoying to the point where you want to yell…dude, move on!….your not her type! 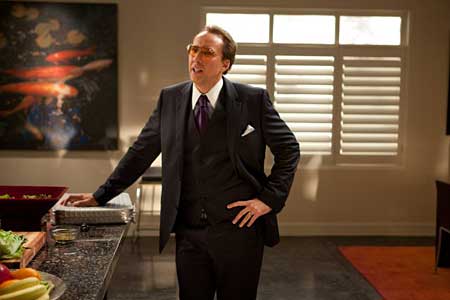 This confrontation and need sends ruffles within the group making everything turn into a clusterf*ck of mass proportion. As this all plays out, we begin to get more details, more behind the scenes and more dishonesty within the group. The movie is actually designed to build into flash backs of story building as the progression goes into different directions. 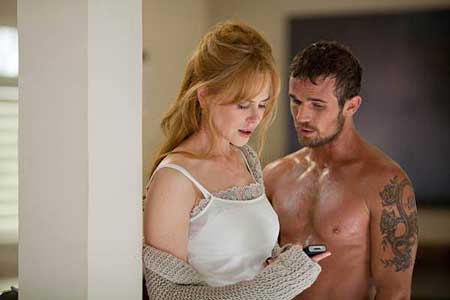 All in all, this is a great thriller that again gets a large kudos sent to the Cage factory and the stylish direction of Joel Schumacher. I’m not a fan of Kidman, so I’m gonna have to call her inclusion forgettable. Though there is plenty of savvy snap-diggity Cage-ness to make the experience worth a viewing. The play of events does keep you guessing till the end and moving the story along at a engaged pace. Again this film has the Mel..ness to it, but Hollywood doesn’t seem to want Mel around at the moment. Another Cage keeper for the library.