Bayonetta is easily the most difficult game to rate that I’ve came across. The action title from Platinum Games features hands-down the best fighting system I’ve ever seen in an action game, and, yes, that includes the Devil May Cry, God of War and Ninja Gaiden franchises. There are a ton of combos to pull off, plenty of ways to outfit Bayonetta for combat and a ton of epic boss battles throughout the game. However, most of the common enemies looked anywhere from silly to straight up ridiculous, almost as if a child designed them. Combine that with a confusing and unrewarding storyline and a soundtrack that tends to repeat one song over and over for every fight, and you have a game that falls short of its ultimate potential.

Bayonetta follows the story of a powerful witch of the same name. Bayonetta has recently awoken in a world she doesn’t recognize as she has forgotten her past. However, her memories slowly start coming back to her as she is fighting against angels and other ‘evil’ forces. Bayonetta learns about an ancient war between two groups known as the Umbra Witches and the Lumen Sages and her involvement in the war. Bayonetta teams up with some unlikely allies throughout most of the campaign in a little girl named Cereza and a young man named Luka, whose father was killed by Bayonetta when he was just a kid. All of the loose ends of the storyline are wrapped up by the end of the game, but it takes so long to get the full picture that you may lose interest by that time. 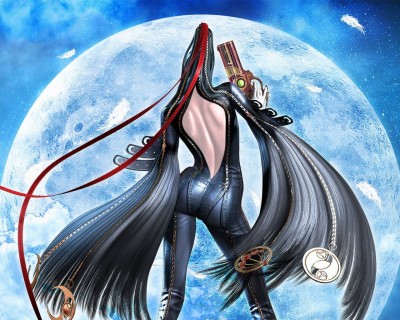 Baynoetta’s combat system is great in large part due to the unique qualities the witch has. For starters, Bayonetta can equip different weapons to both her hands and feet. This allows for versatility in combat and some really great looking combination moves. Each weapon has different combo moves too, so mastering each one will take a lot of time and dedication. Bayonetta can also transform her magical hair which doubles as a skin-tight outfit into a demon that will devour enemies in Climax moves, although climax moves are typically used only to finish off bosses. Torture attacks are other special moves used by Bayonetta on common enemies. These attacks throw enemies into torture devices such as iron maidens and the guillotine to deal highly damaging, and usually fatal, blows. There is also a move called Witch Time that will reward you control of time for a short period of time upon evading an attack perfectly.

Like I mentioned before, the game’s presentation could use some work. There are a lot of songs on Bayonetta‘s soundtrack, but one seems to play in nearly every fight in the game. The song itself is actually pretty catchy (I still have it in my head a couple weeks after beating the storyline), but any song gets old after hearing it over and over again. The game itself looks wonderful, and pulling off combo moves can be a thing of beauty. However, many of the minor enemies could use a facelift that most of the bosses seem to have. There are no online or multiplayer modes in Bayonetta, and the leaderboards are plagued by a lack of options, so don’t expect to have much fun outside of the main story. However, there are tons of unlockable moves, outfits and weapons in the game, that will keep you coming back for more long after you’ve completed the game.

Ultimately, I’d say that Bayonetta is a must play action title simply for the fun that could be had with the game. The quirky storytelling and confusing plot may leave many hardcore gamers scratching their heads, but if you can look over this problem, you will have a great time disposing of enemies and laughing at some of the ridiculous moments in the game. Now, cue my dancing montage as I end this review.