“Based on the 1951 Ray Bradbury novel of the same name. Guy Montag is a fireman who lives in a lonely, isolated society where books have been outlawed by a government fearing an independent-thinking public. It is the duty of firefighters to burn any books on sight or said collections that have been reported by informants. People in this society including Montag’s wife are drugged into compliance and get their information from wall-length television screens. After Montag falls in love with book-hoarding Clarisse, he begins to read confiscated books. It is through this relationship that he begins to question the government’s motives behind book-burning. Montag is soon found out, and he must decide whether to return to his job or run away knowing full well the consequences that he could face if captured.” (courtesy IMDB)

The sixties was not an especially sparkling decade for science fiction cinema. Before 1968 only an individual film here and there stands out as a lonely island in a sea of the ordinary. The sixties was a period of intense activity in other areas of cinema, however, with a new generation of European directors creating radical shifts of taste in what the public was prepared to accept. These were the so-called New Wave directors, and every now and then they would enter the realms of surrealism and fantasy. One of these was François Truffaut who created a rather unusual essay in marginal science fiction entitled Fahrenheit 451 (1966).

The original novel by Ray Bradbury – a tale about a repressive future where all books are burned (at 451 degrees Fahrenheit) – was a kind of science fiction. The Truffaut film topples over into fantasy, which did not win it many friends among science fiction readers. Yet on its own offbeat terms, the film is interesting to say the least. Oddly, it is much kinder to the paternalistic book-burning society (books only make you miserable anyway, we are told) than was Bradbury’s novel.

Montag (Oskar Werner) is the book-burning ‘fireman’ who becomes a secret convert to literature, abandoning his television-drugged wife for the naughty book-reading girl next door (both roles played by Julie Christie), he is rather attractive as he hurtles around town in his bright red fire-engine, burning books left, right and centre. When he leaves the city to join the revolutionaries (each of whom have memorised a book and wanders around reciting it), the film seems to tell us that he only exchanged one form of chilling pointlessness (the friendly-yet-spiritless city) for another (zombie-like book-people chanting like uncomprehending zealots). Perhaps this strange movie is the revenge of a filmmaker upon literature. It’s a depressing little film and rather uneven, almost as if Truffaut had simply lost interest, but remains poignantly beautiful in its best moments.

Oskar Werner’s roles in Ship Of Fools (1965), The Spy Who Came In From The Cold (1965) and Shoes Of The Fisherman (1968) won him nominations for Oscars, Golden Globes and BAFTA awards but, unfortunately, Werner was an alcoholic, which was a deciding factor in the decline of his health and career. On the 22nd of October 1984, Werner cancelled a reading in Marburg because he was feeling ill, and was later found dead of a heart attack, two days after François Truffaut had sadly passed away.

Julie Christie became known internationally when Schlesinger directed her in her breakthrough role as Diana Scott in Darling (1965), a role originally offered to Shirley Maclaine, and could be found in Doctor Zhivago (1965) and Young Cassidy (1965). In the seventies Christie starred in smaller films such as McCabe And Mrs. Miller (1971), The Go-Between (1971), Don’t Look Now (1973), Shampoo (1975), Nashville (1975), Demon Seed (1977) and Heaven Can Wait (1978). During the seventies she also had a high-profile intermittent relationship with actor Warren Beatty, who described her as “The most beautiful and, at the same time, the most nervous person I had ever known.”

As for the music heard in Fahrenheit 451, author Bradbury suggested Bernard Herrmann, as Bradbury knew Truffaut had written a detailed book about Alfred Hitchcock. When Herrmann asked why he was chosen over ‘modern’ composers, Truffaut replied, “They’ll give me music of the twentieth century, but you’ll give me music of the twenty first!” Herrmann used a score of only string instruments, harp, xylophone, vibraphone, marimba and glockenspiel. As usual, the studio (Universal) requested a title song and, as usual, Herrmann flatly refused.

Fahrenheit 451 is very well photographed by Nicolas Roeg, a young cameraman who went on to become one of the most respected filmmakers in the industry. Contributing to the visual look of David Lean’s Lawrence Of Arabia (1962) and Roger Corman’s Masque Of The Red Death (1964), Roeg would later become the guiding force behind such landmark films as Performance (1970), Walkabout (1971), Don’t Look Now (1973), and The Man Who Fell To Earth (1976). His influence on cinema is not limited to deconstructing narrative, either. Sequences in Performance predates many techniques later used in music videos, and in Bad Timing (1980), in which the thoughts of Theresa Russell and Art Garfunkel are heard before words are spoken, set to piano music, again stretched the boundaries of what could be done with film. 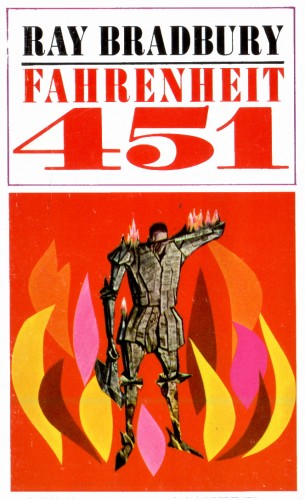 But that was after 1968, the year that brought the entire genre back to life. No longer would fantastic cinema be the exclusive property of the people who haunt low-budget horror-film cinemas, or of the other people who attend art-houses where they could see films by Bergman and Buñuel. After 1968, fantastic cinema would be for the first time a truly popular genre with an ever-increasing mass audience. Keep that thought in mind until we meet again next week on Horror News when I have the opportunity of inflicting a pain beyond pain, an agony so intense it shocks the brain into instant mashed potato! Toodles! 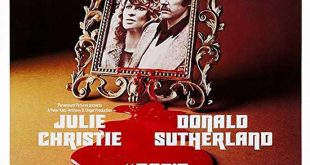