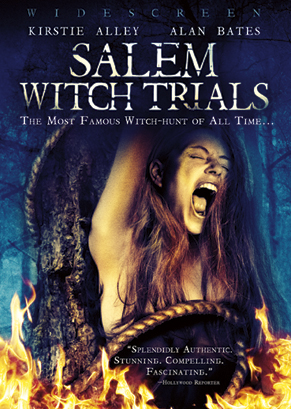 Four hour miniseries about the 1692 witch trials in Salem Village, Mass. that lead to the hanging of 19 convicted “witches” and the imprisonment of many others.

Salem Witch Trials requires a decent amount of viewing time with it clocking in close to 4 hours. Though it is a well documented and acted piece. Now I was curious to where this originated from as it had a pretty solid “TV look” to it. It looks from its stats it was originally a mini-series that the History channel had produced. The piece was shown in 2 parts at a total of 177 minutes. It does feature a pretty rich cast which includes the talents of Kirstie Alley as Ann Putnam, Rebecca De Mornay as Elizabeth Parris, Shirley MacLaine as Rebecca Nurse and Alan Bates as Sir William Phips. Jay O. Sanders provides a lead role of Thomas Putnam.

Salem Witch Trials centers on the colonial days when society was still primitive in its way of thinking. Wikipedia describes the times as: “The Salem witch trials were a series of hearings before county court trials to prosecute people accused of witchcraft in the counties of Essex, Suffolk, and Middlesex in colonial Massachusetts”. The event took place in the mid 17th century, when it was believed that any person accused on witchcraft was consorting with the devil.”

The movie centers on a case of mass hysteria that broke out in the children who were in fear of being associated with any manner of witchcraft. Their fear caused the accusation of several who were condemned without fair trial. In their deception, they systematically sent several who opposed them to their deaths. While this aspect is played out well and emphasized with a solid point made, we are also revealed a time of political change and quarrels among land owners.

Samuel Parris was assigned the role of ordained minister who felt the weight of political leaders who demanded that the outbreak of witch craft be addressed and appropriately dealt with. It was in this mix of ideals and paranoia that caused several to be sent to death per hanging or imprisonment thru a loose set of living standards, issued without compassion. While this movie, being a TV production takes a lighter approach to the tortures that those endured, it in fact was a time of great suffering both physically and mentally. Minsters were appointed who more or less ran the law of the community by injecting the fear of God into them. Pressure was felt on all ends which is perfectly presented in the back stories of the characters within. 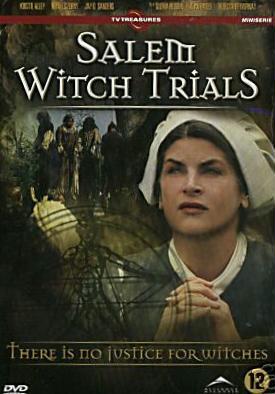 In short, many lived in fear of their lives…being cautions in word, action and accusation. Those who accused could easily be turned upon and accused themselves. This outbreak that is demonstrated is originated under the guise of a few children with vivid imaginations. The suffering endured is harrowing with many being “forced” to confess as a witch.

Those who confessed were not hanged but left to die directly in prison. In any case, there was little in the way of mercy distributed to the beat of political agenda and personal vindication.

The movie begins with a local fire and a woman who has lost her 3rd child. This incident fuels a belief that evil has inhabited the location demanding a deeper sense of commitment to God’s path. Law is easily manipulated in favor of local agenda usually rooted in proprietary ownership. Thomas Putnam, a healthy landowner, is challenged when the locals decide to create a new council.

Women are kept at bay, providing only the basic needs to the family. They are always fully clothed and responsible for the care of the household. Though as we find, those who commit sins are punished and humiliated in public view. During the 4 hours, we are presented with a variety of perceptions from this time. The historical value is certainly important showcasing the misery and tragedy in one of histories darkest moments.

Kirstie Alley provides a highlight performance which shadows her grief when a friend of hers is committed to death. The mental anguish and persecution is beyond what would be considered civil providing a base for the film to unveil and provide its story telling.

A pretty safe piece for family viewing, with a few racy scenes. There isn’t much in the way of scares, though it does establish its point of personal tragedy.