Well if you haven’t heard, the soon to be Wonder woman series has been canceled before it ever saw the light. Initial scuttle arised over the costume, though even with the re-designs underway NBC simply passed and buried it before it saw its network debut. Upon request we received a screener work print that we just had to take a look for ourselves. After all, Wonder Woman is a pretty hip character and one I wouldn’t have minded seeing week to week.

It goes without saying that industry is pretty hip on heroes these days. Some go on to success, others like “the Cape” Series only see one season. Though Wonder Women 2011 won’t see either. I’m curious to if this will still show up someday as a one-off DVD release.

I remember the original; series pretty well. It was 1975, and I was a youth but distinctly remember Lynda Carter kind of wowing audiences and fan boys as the thing to tune into on a weekly basis. In the vein of the classic comic, we got a full origin leading up to her traveling to the big city. The transitions made sense and she won the hearts of fans everywhere.

Now skip forward to 2011. Wonder Woman is hot, but she’s also a real bitch. Really? That’s our introduction? Yep, no origin, no pleasant demeanor, just ass kicking, taking names and contemplating her next marketing doll. This series is a mess before it gets out the door.

Adrianne Palicki stars as the Diana Prince / Wonder Woman 2011. The world is aware of her, and she works for a corporation who markets her image but also supports her vigilante justice. As I gather, she is also Diana Themyscira the CEO of Themyscira Industries. So here we have a 3 identity person who really doesn’t care too much about hiding her identity. Confused? Ya, same here. Regardless, I’m sure that aspect would have gotten worked out…after all it is a pilot. The logistics of who she is and what roles she plays is kind of secondary here. Wonder woman appears in full hot clothing sporting her trademark red white an blue. Her breasts pushed out and a bikini bottom (some times)….however she gets all riled up when her new action figure is presented as well endowed. Ya, and your point is? 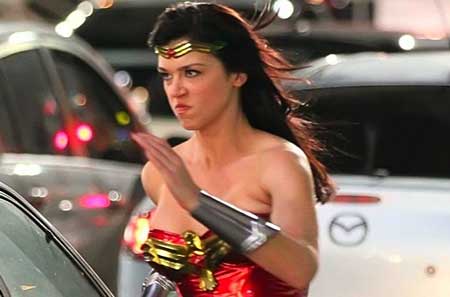 Her villain in this episode is Veronica Cale (Elizabeth Hurley) who is CEO of Cale-Anderson Pharmaceuticals. Her new perfomance-enhancing drug has some dire side effects. Those being disfigurement, death and other things that are shown rather than explained. The 2 of them of course come to a head as Diana professes she will find her and kill her. Yep Wonder woman is not only angry but apparently has no problem killing folks. This is showcased as she takes down a tough guy regime and catapults a pipe into one of their heads (Jason Voorhees style)

Adrianne Palicki could be that perfect wonder woman but suffers from a script that doesn’t support the all American aspect of the hero. Instead of rooting for her, we are more turned off by her snide time of the month attitude with an ego that is taller than her Amazonian figure. I think the costume aspect really isn’t the issue here. It’s presentation. The show begins with some pretty hip Wonder woman moves which feature her jumping, flying and racing thru the streets. There is a bit of campiness in it, but its still fun to watch. 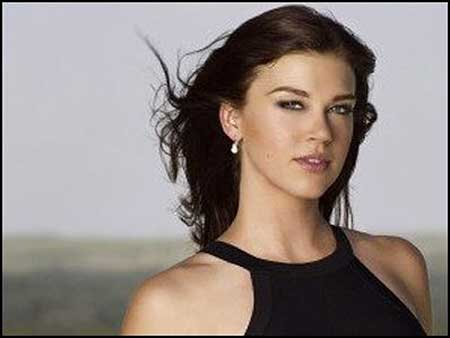 Upon visiting her captive in the hospital she turns to torture to get him to talk. I’m wondering what we missed that pissed her off so much. I mean even Batman kept his public persona light and professional. Cary Elwes stars as supporting Henry Johns who I’m guessing is her business partner or such (missed that in the plot line).

Directed by Jeffrey Reiner, it was probably a good move to pull this one. I’d hope that they take the publics comments (those who screened it) and re-invent this lady a bit more up to par. In fact, take a clue from the original …maybe that will round things out a bit. The pilot features a couple of media cameos, though they don’t lighten the load enough to really make this work. We may never see a 2011 WW series transpire I’m wondering if the 2015 movie by the same name has something to due with it?