There’s something Up in the Air…ANCHOR BAY ENTERTAINMENT GAINS

ALTITUDE ON DVD AND BLU-RAY™

Taking Off on Blu-ray™ and DVD October 26th 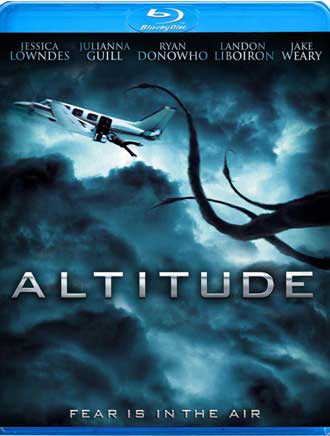 BEVERLY HILLS, CA – There’s nothing like the rush of flying through the air, soaring through the clouds…and coming face-to-face with pure evil! A supernatural thriller that reaches new heights in terror, Anchor Bay Entertainment presents Altitude on Blu-ray™ and DVD October 26th. Produced by Escape Factory’s Ian Birkett and directed by award-winning graphic artist and music video director Kaare Andrews (best known for his artwork on Spider-Man, The Incredible Hulk comics and the upcoming Astonishing X-Men), Altitude features a hot young cast headlined by Jessica Lowndes (“90210,” The Haunting of Molly Hartley, “Greek”) in this unique sci-fi/horror thriller that gives new meaning to “fear of flying!” SRP is a low $26.98 for the DVD, and $34.99 for the Blu-ray™. Pre-book is September 29th.

Altitude follows a group of teens on a weekend getaway aboard a small plane that suddenly turns deadly for the rookie pilot (Lowndes) and four young friends: Julianna Guill (Friday the 13th, “90210”), Ryan Donowho (Bandslam, “The O.C.”), Landon Liboiron (“Degrassi: The Next Generation”) and Jake Weary (“As the World Turns”). Minutes after the group takes-off, an unexplained malfunction sends the aircraft climbing out of control into the heart of a mysterious storm. Unable to get their bearings or contact the ground, the survivors gradually realize they are locked in combat with a terrifying supernatural force.

For more information, check out www.altitudemovie.com. 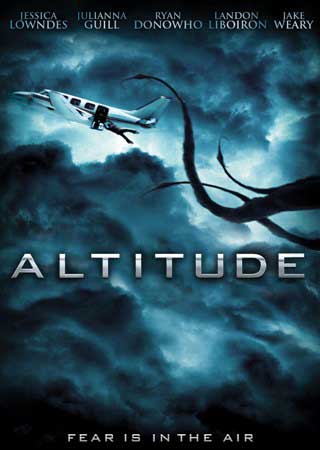 Altitude: Behind The Scenes;

Altitude: Behind The Scenes; 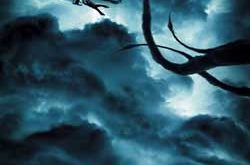