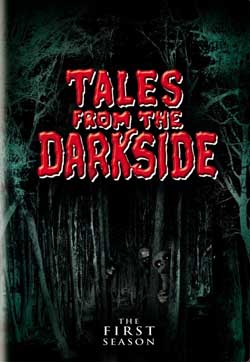 Eerie tales about a levitating boy, an endlessly ringing phone, an undead grandpa, a vengeful genie and a bookie whose life depends on a bet populate the premiere season of this macabre 1980s anthology series. The episodes — adapted from stories by Stephen King, Clive Barker and other horror writers — include guest appearances by Danny Aiello, Tippi Hedren, Justine Bateman, Harry Anderson, Carol Kane, Eddie Bracken and Kareem Abdul-Jabbar.

When I first got wind that “Tales from the Dark side” would finally see the light of day, I immediately got excited. Up till now, really the only version of this classic 1980’s tv series was either on old VHS tapes that were on there way out or bootleg compilations that didn’t do much justice either.

Hopefully you all remember the series. If not it’s definitely a great part of horror TV history. Back in the day, I wait out each week in anticipation of another episode to see what clever scary tales of suspense they would drum up. 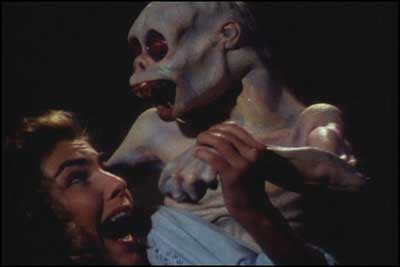 In anthology style, the series often went for quirky tales, frights and strange plots that ended with a twist. Born from the influence of previous series such as “Twilight Zone”, “Night gallery” and “Tales form the Crypt” each episode contained a short story that ranged from fantasy, science fiction, horror and comedy. The series was produced by George Romero and often featured shorts based on works of famous authors. It was not uncommon with episodes to include a mixture of demons, witches, monsters and dark creatures. The series was popular though the 80’s until it was replaced with shows like “Monsters” and “Freddy’s Nightmares” in an effort to try out new things. The DVD collection featured here contains all 24 episodes starting with the monumental episode “trick or treat” about an old miser who owned most of the town per IOU’s and insisted on scaring children in his house turn haunted haunted house during the Halloween season. The goal was for children to try and locate the IOU’s with the reward of clearing there parents debt if found. This first episode sets the tone for all the rest to follow. While there is no need to give summaries of all 24 episodes, you have alot to look forward to. Some of the episodes I checked out included a Djinn stuck in a bottle with a bad attitude, An old couple who celebrate their 25th anniversary a special way, a tenant who is haunted by a reoccurring phone ring next to an apartment with no residents and many more! Every story has its own take that still is safe on a tv viewing level. No gore or over the top violence is needed, just dark little tales.

The quality is better than I’ve even seen it, bar the actual broadcasts themselves. There is some apparent analog to digital noise in lighter shots but nothing to cry over. I think if you’ve been waiting on TFTD, then now is the time to purchase. Transfer to digital has its share of problems though this is probably as good as its going to get.

In review, this was a series that knew its audience and had fun with it when it could. At first being played later in the evening it moved time frames around to accommodate new schedules. The appeal was a series that entertained but still was able to appeal to a TV or PG audience. Which is light in comparison to what is seen and approved on TV shows now adays. FX work was pretty decent depending on the budget allowances for each episode. So when a need for a creature showing took place it worked pretty well for television. Most importantly to remember was that this was an earlier time with tighter viewer restrictions. Newer generations might call these out as campy and old school but remember we have evolved from even earlier days that thought “Munsters” and “Addams Family” was edgy. So its all a progression of television horror in the progression of society itself. Whether you were a fan or not, there are some great short stories within this series and content provided by talented writers. Tales from the DarkSide is meant to be horror, but more on the campy fun side. Frequent ending resolves will take you back to the EC comics days. 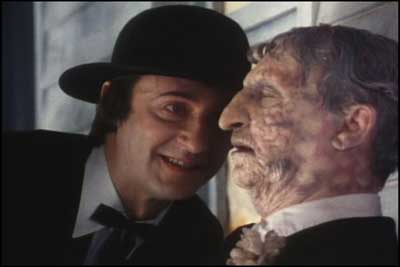 Many anthology films and series owes much to the memory of this popular TV series. A sure fire addition to any TV series collector or horror enthusiasts, Tales from the Dark side stands as one of my personal all time television favorites and I stand behind that statement with pride.