Home | Submit yourself to King Paul!

Submit yourself to King Paul!

I’m sure you’ve noticed that the hero has become neutered in popular culture. There are too many sparkly vampires, self reflective, whiney turds and people besmirching the good name of pirate by gallivanting around, gesticulating dramatically, and generally acting like a drunken diva. Even the latest run of “superhero” movies are populated by men who are essentially worthless on their own, until some outside source grants them the ability to piss and moan about all the power they’ve been given.

Seriously, when did Thor, the friggin GOD of goddam THUNDER become a mincing little nancyboy? Where have the badass, manly men, like John Wayne in the only True Grit that matters or Arnold Schwarzenegger in any movie from the eighties, gone? Even the once mighty tower of muscle has been brought low before our eyes, by making him cry when devil stepped on his toe (see End of Days if you really want to lose all faith in the world). Arnie the great, spewing liquid from his eyes when he should had been choking Satan out in the shuddering valleys between the muscles his muscles use to open pick jars. That isn’t right!

But there is hope, my friends. Hope with giant pectorals that glisten in the arid heat of the desert sun and a careless smirk upon its face. Hope that takes the things it wants from the world. Hope that enforces its will with stony fists. That hope is the mighty King Paul.

I know what you’re thinking: why haven’t I heard of this monstrosity of manliness, this pinnacle of all things testicle? Frankly, the King is too busy breaking faces and bedding women to run around bragging about himself. But he has, in his infinite destructive capability, decreed that others go forth into the world to carry his word and the stories of his greatness unto the people.

Thus shall be born KINGPAUL CRUSHES YOUR FACE AND YOU LIKE IT, a new anthology by Generic Publishing to be edited by Horrornews alum Anton Cancre and lowly scribe of the King, Greg Hermes. You too can join in the glory and wonder, while possibly saving yourself an inevitable ball or uterus pummeling at his hands, by going here to submit your stories of power and devastation wrought by the hand of the King. 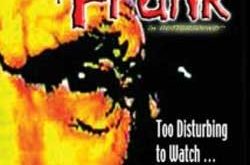