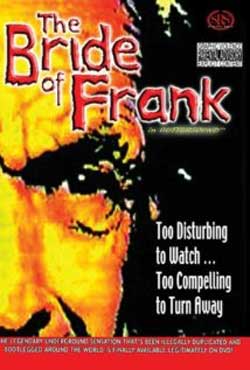 This is what happens when a bunch of warehouse workmates get together with a video camera to make a ‘movie’. Hopelessly amateur and inept in all areas, The Bride of Frank is nonetheless outrageous fun and often laugh-out-loud hilarious.

The story follows an old homeless bum as he abducts a little girl, smashes her head in when she gets mouthy, and then drives over her in a truck before eating her brains for breakfast. He later shows up to work with a bunch of equally hopeless truck drivers, and together they bicker and argue among themselves in thick New Jersey accents (bird is “boid”, jerk is “joik”, and he deserved it is “he desoived it”, etc). 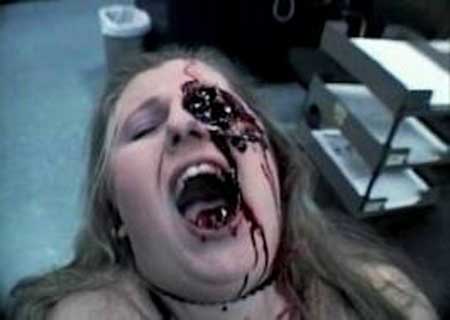 The characters are a lot of fun, and they reminded me of the eccentric staff at the car repossession office in Repo Man; they may call each other the worst names under the sun but they stick tight as a workforce and back each other up to the hilt. Frank is a wrinkled, miserable old fart who looks like someone’s attempts to draw a sad face on the elephant man’s scrotum, and he has a very literal slant on things, including his descriptions of how he would like to kill people, and his carrying out of the grisly tasks in a hilarious, matter-of-fact way.

His workmates try to find him a date, and this causes lots of trouble as Frank’s ideas on love are not to everyone’s taste… The rest of the players are all kinda weird and mis-shaped, like the cast of The Sopranos squinting at funhouse mirrors. What else can be said about this vile video? It’s crappy in a good way, and good in a crappy way. Most mainstream movie fans would rather sew their own eyes shut with fishing wire than subject themselves to this, but that’s their loss. 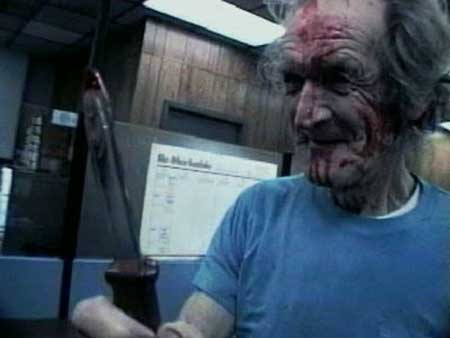 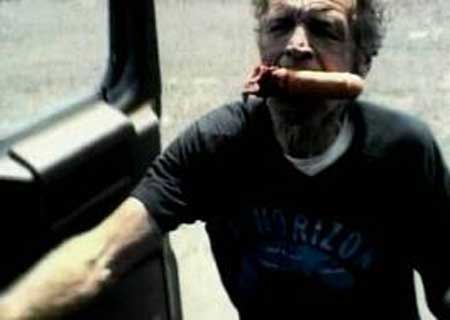 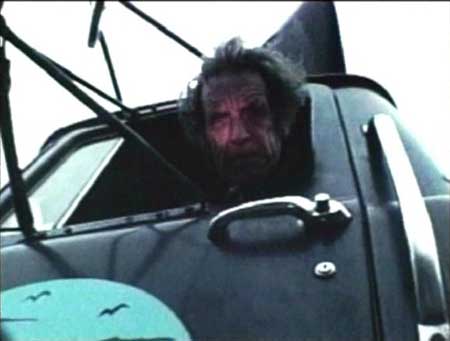 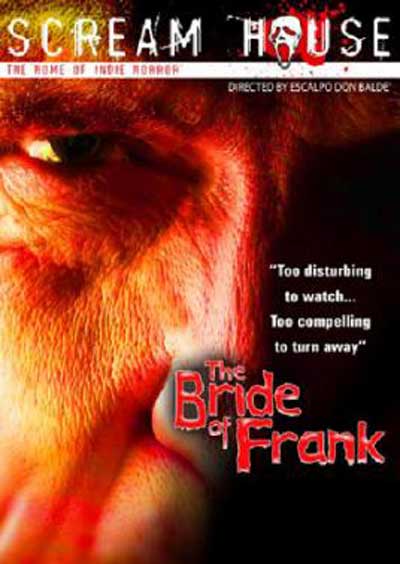 But you better not mess with Frank, because if he tells you ‘I’ll cut off your head and shit down your neck’, he ain’t kiddin”. The BBFC demanded 74 seconds of cuts including the sight of a man being “realistically fellated”, a man having sex with the eye-socket of a woman, and the showstopper: Cuts to remove the sight of a man defecating down the neck of another. The BBFC offered the following statement as justification; “Cuts are made on grounds of potential harm and potential obscenity, for unjustified sexual detail, and sexual violence”. But don’t dismay, the uncut version is available on region 1 DVD from Sub Rossa.

The Bride of Frank captures the essence of true depravity that is laced with dark humor (a trait that these extreme movies need more of to lessen the load). It falls into the pool of “so obscene you got to see this one films” that manages to find new life for that reason alone. For a low budget underground film, it still manages to keep its shots kept interesting which signals that the film makers knew what they were doing and chose the road less traveled. The Bride of Frank can be found on Amazon thru resellers which means, if you want this one sitting next to your Toetag films, you may want to obtain a copy soon. If anything, it gives us horror reviewers more content to talk about and more disgust our friends with. I say, don’t take these things too seriously, as they are created to ruffle a few feathers and stay in your psyche longer than say the last forgettable big studio turd that took your money without thinking twice. From the look of other reviews, I’d say that The Bride of Frank accomplished what it set out out to do.