Top 5 Most Badass Women in Horror

Horror movies typically have strong male characters that are protecting all of the innocent, frail and scared female characters. It is far and few between that horror fans see a woman as the lead in a horror movie, but when they come around, ohhhh man, what a great film it usually is.

Let’s face it, what guy doesn’t want to see a woman kicking some zombie ass, or chopping the heads off of aliens, all while wearing scandalous clothing?

Below are the five films that I have chosen to have the most badass female characters in them. These are films that have the ladies kicking ass and looking good. Films that I could watch over and over, and some even in slow motion. Enjoy. 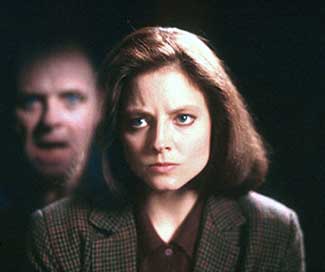 5. Jodie Foster-Silence of the Lambs
While cute Clarice Starling may only kill one person in this film, she is still badass nonetheless. Anyone who can deal with Hannibal Lecter’s mind games and attitude deserves a spot on my list, even if it is the lowest spot. Hannibal takes Clarice through one hell of a rollercoaster ride, giving vague clues while she tries to hunt down the infamous Buffalo Bill. Unlike the other women on my list, Clarice battles an emotional battle while still trying to catch the bad guy. Her constant fighting and emotional war with Dr. Lecter gives her some major badass points.

4. Shauna Macdonald, Natalie Jackson Mendoza, Alex Reid, Saskia Mulder, MyAnna Buring and Nora-Jane Noone – The Descent
All six of these girls have made a spot in my list because they are all fierce women. First off, what group of women would just go caving one day? That is one badass point right there. Another point comes when you see the women jumping through random cave holes and climbing over endless pits. And then when the sh*t hits the fan and the cave creatures come out, all the women are racking up the badass points left and right. I wont spoil the film for those of you who haven’t seen it yet, but one woman ends up as the leader in terms of badass points by the end of the film, watch it to find out who it is. 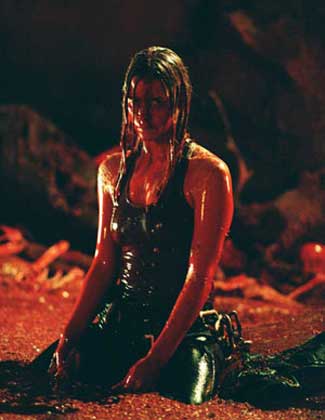 3. Milla Jovovich – Resident Evil
Alice, played by Jovovich, is one hard-core woman. She wakes up with amnesia and super strength and is immediately fighting off the undead; I would say that’s pretty badass. Alice fights the zombies off with anything she can get her hands on, including her own hands. If you have watched any of the sequels to this movie then you know that Alice gets more and more badass through the series. With the fourth installment of the series, Resident Evil: Afterlife due out September 10, 2010, I am excited to see how much more badass Alice can get. 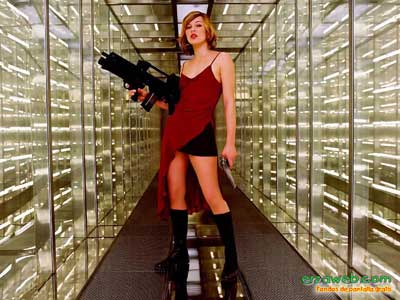 2. Rose McGowan – Planet Terror
Badass women just seem to fit well in zombie films because Cherry, played by McGowan, is another badass woman fighting off zombies. However, unlike Alice in the previous film, Cherry doesn’t use her hands and super strength to fight off the undead, she uses a M4 Carbine machine gun, but, wait for it, wait for it, IT’S ATTATCHED TO HER LEG! Oh Mr. Rodriguez, how you make me so happy by combining my two favorite things in life, guns and women, and I mean literally combining them! But Alice gets major badass points for being able to maneuver a gun attached to her leg and kill hordes of zombies better than her male co-star with his hands. The movie only gets better in the epilogue when the M4 Carbine is replaced with a minigun. 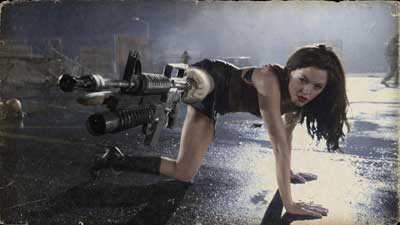 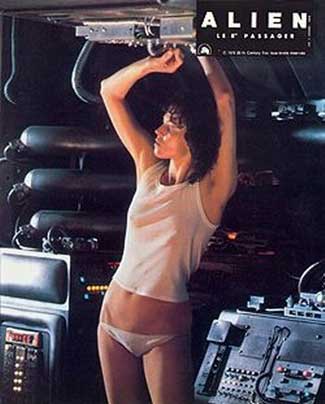 1. Sigourney Weaver – Alien
In space no one can hear you scream. No, but I can watch Ellen Ripley kick some Alien ass in space. Ripley gets the top spot on my list because she was the first badass woman of horror. Before, there had been some good key women character in horror films, but nothing like this.

Ripley is kicking ass and taking heads all throughout this film. But the best part of the movie is the end. And without spoiling the film, let me just say, Ripley uses a robot to battle an Alien Queen, yes, an Alien QUEEN, that alone earns her the number one spot on my list. But the badassness doesn’t end with the first Alien film, she continues to kill aliens and be badass through 4 sequels.

The final film Alien Resurrection, even takes place 200 years later and Ripley is still killing aliens. Don’t know how that is possible? Watch the movie and you will get a better understanding why Ellen Ripley is the most badass women in horror.

I hope you enjoyed my list, and I hope I have convinced many of you that women can be totally badass, especially when they are killing zombies, aliens, cave creatures or even a stubborn cannibal. But if you haven’t seen some of the films on my list, definitely rent them and give your opinion of if you thought they were totally badass or not in the comments below.

Top 5 Most Badass Women in Horror