James Morgart (JM): Obviously, you starred as Leatherface in The Texas Chain Saw Massacre, one of the great low-budget horror legends in the history of horror films. But then you took time off before coming back to horror. First, what were you doing during that time away from film?

Gunnar Hansen (GH): My interest had alway been writing first, so that’s what I did. I went back to grad school for a while after filming Chainsaw and then moved to Maine, where I worked as a magazine editor and then as a freelance writer. During that time I turned down the occasional movie role — until Fred Ray asked me to come out to L.A. to shoot Hollywood Chainsaw Hookers. How could I turn that down. After that, I started working in movies again, though I have continued writing as my primary work. 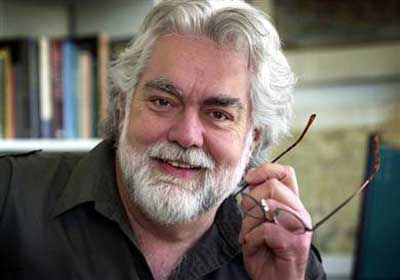 GH: Of course the big difference is the technology and, as a result, the cost. Back then, low budget meant shooting on 16-mm film. Now of course the entire process is much less expensive — low cost cameras, low cost video tapes vs expensive film and processing, fast non-linear editing on a PC vs the slow, expensive mechanical process on an editing bed.

JM: Since your return to film, I’ve noticed you seem to be interested in more comedy-driven scripts than necessarily horror-driven scripts. Is this purposeful? Is there something about comedies or horror-comedies that you find alluring?

GH: Acually, its only recently that I’ve been more involved in comedy roles. It’s entirely because of the kinds of roles I’m being offered. I certainly enjoy comedy — I’m very pleased, for example, with how Brutal Massacre: A Comedy came out. On the other hand, I’m still doing hard-core horror, suck as Reykjavik Whale Watching Massacre, which should be released in the US soon.

JM: Aside from Suzi Lorraine, who was not just an actor but also an assistant director & producer on Won Ton Baby!, you were our first talent to sign onboard to the film by attaching yourself to the project over a year in advance. What was it about this project that attracted you to it in the first place?

GH: I’m always interested in trying something new, and Won Ton Baby! is one that has certainly promised to be very different from what I’ve worked on before.

JM: You’ve worked with Debbie Rochon on the same film a handful of times before, though not necessarily in starring roles, (Apocalypse and the Beauty Queen, The Deepening, Hellblock 13). Do you think the familiarity with one another allowed for you to tackle the dramatic scene you share in Won Ton Baby! with ease?

GH: Well, this is only the second time we’ve actually worked together. Otherwise, though we have been in the same movie before, as you point out, we’ve not worked together. The first time was in Hellblock 13, and it was pretty clear to me then that Debbie is really a good actor. So I had no worry coming into this movie about working with her — I was just worried about whether I could do all that talking! 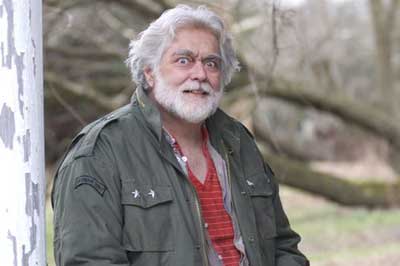 JM: Debbie’s made an especially important point about the medical jargon you had to memorize for the scene. For having several pages of lines, you really pulled through it, what was it like tackling it?

GH: Well, it’s really just a question of learning the lines. Except that I did ask my doctor about the pronunciation of “fetus in fetu.” Was it pronounced like it was a Latin phrase (no) or an English phrase (yes)? My doctor asked why I wanted to know, and when I explained, he had a good laugh.

JM: Though you’ve known Sal Sirchia for some time, this was the first time the two of you had the opportunity to share scenes together in the both serious and hilarious operating room scene. It was also your first time working with NYC comedic improv actors Harry Terjanian and Peggy Queener. And yet, the chemistry and comedic timing the four of you displayed was downright impressive, and, in fact, it seemed like you really enjoyed that scene. What were your general feelings about working on that scene?

GH: That was great fun. It felt like we had all worked together before. I was especially happy with the way Sal and I were able to time our slow turn to look at each other.

JM: I remember you making note on the set that you thought the use of three cameras on the set made a difference in filming. How did the three cameras change the dynamics of filming for you?

GH: It made everything easier. Instead of having to shoot over and over again to get a series of perfect takes — two from each angle — we were able to go through the shooting quickly. I never knew that many pages could be dispatched in such a short time.

JM: Since I grew up as a big fan of horror films and then wound up spending years collecting college degrees in accounting and literature, I like to tow the line of not just the shock & gore, but also to embed some sort of social message in my work. Do you find subversion to be prominent in horror films in general? Do you look for this in a script or do you tend to gravitate to whatever seems most fun and exciting?

GH: Yes, I think that horror movies, more than any other genre, tend to be counter-cultural, to be subversive in some way. I think that’s part of the reason critics get so worked up about them. (When was the last time you heard a critic complain about the explicit violence in a mainstream movie?) There are exceptions to this idea of subversion, of course — movie s like Scary Movie have nothing to say. Of course I like being involved in movies that have something to say, but the truth of it for any actor is that you’re glad to be working. If you get to pick one that says something, you’re doubly lucky.

JM: As I stated before, your legacy as Leatherface has cemented you as a mainstay in not just horror, but in cinematic history. However, you’ve done a lot of comedies and horror comedies. Where does Gunnar Hansen want to go with his career from here on out?

GH: I’d like to do more comedy acting. It’s something I really enjoy. I don’t want to limit myself to that, though — I’m delighted to work on any movie that challenges my acting ability. And, if you’re making a viking movie, please, please let me play the old drunk viking in the mead hall.

JM: Haha…I’ll keep that in mind…Maybe for the sequel…WTB2!: Won Ton the Red. Speaking of here on out, what’s on tap? I’ve seen that Reykjavík Whale Watching Massacre is set to come out soon?

GH: Yes, I’m really impressed with what I’ve seen of that movie. It was a long shoot, and I think horror fans will be blown away. The premiere was in Iceland on September 4, and I hope it is released in the US soon. Then of course there’s this movie, Won Ton Baby!, that should be released soon. As for new projects coming up, there are always some things in the works, though one never knows what will develop. I’ll have a major role in John Russo’s new Escape of the Living Dead, but there’s no word yet on schedule.

JM: Since we left the ending of our flick open, what are the chances of seeing Gunnar Hansen return as Dr. Kurt Severson for a Won Ton Baby 2!? 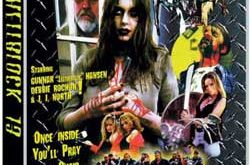 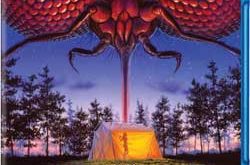