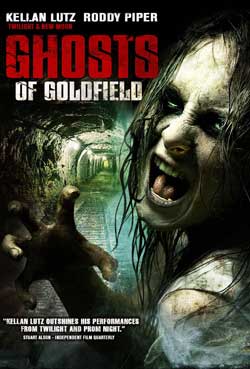 A group of five led by Julie set up their filming equipment in the hotel of the derelict town of Goldfield, hoping to capture footage of the ghost of Elisabeth Walker, a maid tortured and killed in room 109. Troubled by visions, Julie discovers that a necklace, handed down to her from her grandmother, is somehow connecting her to this tragedy.

This place is doing things to us”
~~Chad

Revengeful ghosts attacking video crews has grown in a genre all it’s own. It allows the movie maker to use some shakey cam footage that is POV of the characters and the less perfect the better. Some movies have used the movie within the movie wisely and have added to the effects of the story and haunting while others seem to use it because the audience has grown to expect it. “Ghosts of Goldfield” is definitely a movie that uses video footage because it thinks it should use it but doesn’t know what to do with it.

A movie about ghosts can be saved by a bad script, limited acting if the vengeful ghost is a memorable character that interests the audience and hopefully supplies some chills. “Elizabeth” (Ashly Rae) the pissed off wronged ghost is rather limited in her appeal, as she goes around whispering (as we all know that Ghosts like to whisper) and a little randi (which doesn’t really make sense after what happens to her) and doesn’t pull off any kills you would write home about. Why is she is wearing limited clothing anyway? The film makers use some impact editing which sadly leaves little impact. 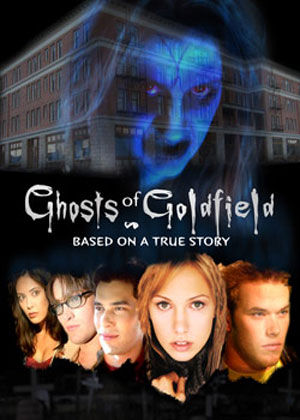 There was a time I would have said that all movies could use a little Roddy Piper. “They Live” and “Hell Comes to Frogtown” are both B movie classics that Roddy helped make classic. The former wrestler is later than life and would seem to be what a paint by numbers haunting could use, but Roddy doesn’t add anything either other than the question how hard did they laugh when the makeup men put on those muttonchops on him. And I really don’t understand why he is in the flashbacks and the present footage. Is Roddy a ghost or is the present day version his son? I am not sure.

The script is something you have seen before and probably liked better in it’s other version. The hotel is on a portal (one of seven) which the students know because they are well read but they never know Elizabeth’s last name which makes it sound like they are telling camp fire stories. Or maybe Elizabeth refused to tell the writers her name due to not liking the movie. 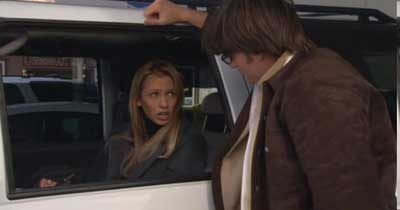 Marnette Patterson as Julie seems game to try to make the movie work but the material just doesn’t give her enough support and some of the other actors are just painful. If they are all interested ghost hunters why are some more interested in stealing or partying than ghost hunting and who brings people along to help out who don’t believe in ghosts in the first place? The way the characters interact with each other it is hard to think they wanted to travel together to the haunted hotel in the first place. And why would they bring a p*ssy hound, who likes to scare people, only drinks and seems to be only interested in sleeping with the girl who likes to steal. And when did people forget that the audience should like the characters at least a little if we are going to care that they may die. I was praying for at least two of the characters to die from the start and they made us wait until after a pointless sex scene that the ghost caused (why?) and then everyone wanders off. I know that they made a point that the two characters had sex because the ghost but it looked pretty much like they would have anyway so what was the point. Maybe the ghost is really upset not that she has to reenact her death over and over again but that she wants to get laid?

The only thing that I kinda enjoyed is that the characters make some big guesses about how to deal with the ghost (that come out of no where) and are wrong, but then we have to watch what most of us figured out a long time ago. A twist isn’t a twist if we see it coming from miles away. 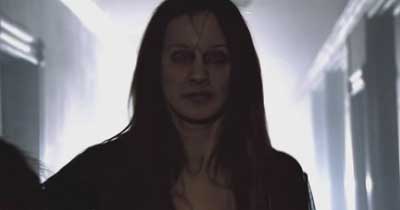 What I liked about the movie:
The sound and image were good, no issues.

The fact that the main characters guess badly about what to do. 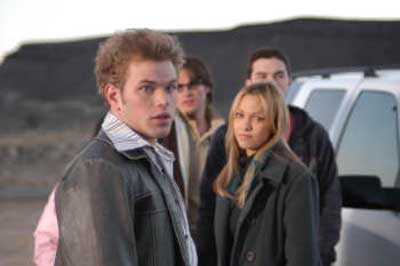 What I didn’t like about the movie:
The acting was weak.

The script was by the numbers.

For a haunted hotel, the hotel never became a character in the film, it was just a place.

I can’t tell you to go out of your way to see this one. If you see it on TV and it’s late you may want to have it on for a little while. The actors and actresses are attractive. I give it one star. No popcorn just a six pack of beer. 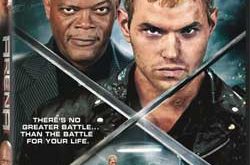