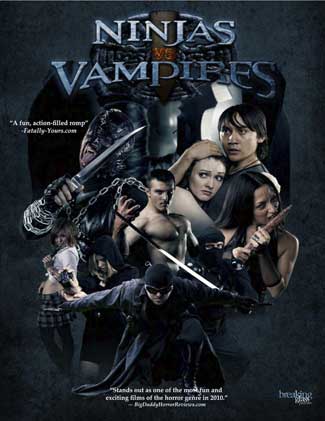 Breaking Glass Pictures has announced the May 3 DVD release of “Ninjas vs. Vampires,” the follow-up to last year’s cult hit “Ninjas vs. Zombies.” Directed by Justin Timpane and Gary Ugarek, “Vampires” follows two unsuspecting teens as they get swept into an epic battle between Ninjas and Vampires.

The film will be released under Breaking Glass’ horror label, Vicious Circle Films, and will retail for $19.99.

After Aaron (Jay Saunders) and his dream girl Alex (Devon Marie Burt) are attacked by Vampires, he enlists the aid of a mysterious group of ninjas to help him save the girl of his dreams. As the vampire overlord Seth (Kurt Skarstedt) sets out to destroy humanity, Aaron has no choice but to join the ninjas, save the world, and get the girl. Featuring characters from “Zombies,” “Ninjas vs. Vampires” is a sexy and shocking, action-packed comedy adventure unlike any other. 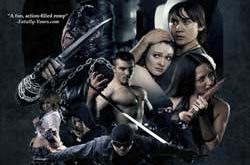